You are here: Home / Redeeming Books / The Day I Met Jesus 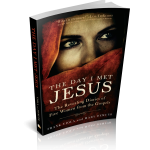 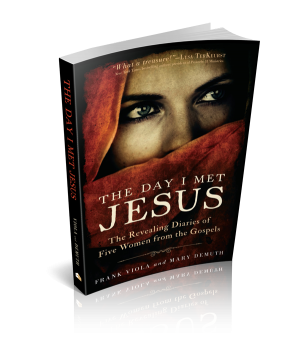 Frank Viola and Mary DeMuth have written a fascinating and insightful book about five women from the Gospels. The books is titled The Day I Met Jesus. If you enjoy seeing Jesus from a new perspective, gaining insights into Scripture, or have an interest in how Jesus interacted with women during His ministry, I highly recommend this book.

Here is an interview with Frank Viola & Mary DeMuth about The Day I Met Jesus.

Why did you write this book?

Frank: Back in 2007, I got an idea to create a new genre of Christian literature. I call that genre “biblical narrative.”

The new genre would contain autobiographical fiction closely based on the Scriptural narratives and faithful to first-century history. It would also contain a nonfiction section that practically applies the narratives to our lives. Finally, it would include a discussion guide so that readers could better digest and apply the content.

God’s Favorite Place on Earth (2013) was my first book in this genre. In it, Lazarus tells the story of when Jesus came to His hometown Bethany and all the amazing things that took place there.

The Day I Met Jesus (2015) is the second book in this genre. I wanted it to tell the story of five women whom Jesus encountered, allowing each woman tell their own story. I also wanted to draw out practical lessons and critical insights from each narrative.

Because I’m not a woman, I couldn’t do justice to the stories on my own, so I asked the top female Christian fiction writer of our time — Mary DeMuth — to coauthor it with me.

Mary: I wrote it because I love stories, and I felt that some of these encounters with Jesus didn’t get the air time they deserved. By doing careful research and weaving more of a story arc into the five women’s encounter, I hope to show people that the “characters” of the New Testament are actual, breathing people with stress and dysfunction and hopes just like us. Frank pioneered the idea of this book, so all credit goes to him for imagining it. I’m grateful he asked me to be a part.

Tell us the story of how you two came to coauthor it.

Mary: Frank wrote God’s Greatest Place on Earth and had long wanted to do something similar with five women of the New Testament. He approached me about writing the fiction side of The Day I Met Jesus after he found out I wrote fiction as well as nonfiction.

Frank: When I began to think about a female coauthor for the project, I wanted it to be someone who (1) writes fiction (2) is a remarkable writer, and (3) believes in the classic tenets of the Christian faith (Jesus is divine and human, He rose again from the dead, Jesus is Lord and Savior of the world, etc.)

As I investigated authors who fit the bill, I quickly thought of folks like Francine Rivers and Karen Kingsbury. But then I discovered that Mary DeMuth wrote fiction. I had known that she was a non-fiction writer, but had no idea that she could “switch hit.”

I also discovered that she was an outstanding writer of fiction as she was of nonfiction. (I regard Mary to be the Mickey Mantle of Christian literature — she has enormous power from both sides!) So Mary ended up being the only name on my “short list.”

You feature five women from the Gospels. Why pick women in particular as your subjects?

Frank: Some of the most gripping, instructive, inspiring stories in the Gospels involve women. The longest recorded conversation that Jesus ever had was with a woman. And some of the most amazing things He said and did related to women. So I thought that a book in which some of these women told their own stories about Jesus would not only bring the Gospels to life in our minds, but it would also bring Jesus alive in our hearts.

Mary: Women had significant, personal encounters with Jesus, a fact that we sometimes miss, particularly since so many stories revolve around the 12 disciples (who were men). I love that we’re elevating these stories, helping people reimagine just how radical it was that Jesus so beautifully interacted with these women.

Which one is your favorite and why?

Mary: For me, it’s hard to say. I love them all in different ways. This week, I’ll say it’s Mary of Bethany. She didn’t have a blatant “need” for Jesus. She was just downright faithful and often misunderstood. I think a lot of people can relate to that.

Frank: Mary of Bethany is my all-time favorite disciple of Jesus. This came home to me when I wrote God’s Favorite Place on Earth. (Mary was the sister of Lazarus, so she gets ample airtime in that book.)

I love Mary because she knew Jesus better than most, anticipating His reactions and even His impending death. She also paid the price for loving Him, for she was falsely accused by both her sister and the other disciples (on two different occasions), mostly out of jealousy. In both situations, Mary embraced the spirit of the Lamb, refusing to defend herself. But Jesus Himself rose to her defense on both occasions. He also gave her an enduring honor that He gave no one else.

Why would someone want to read the book?

Mary: Someone would want to read it because it’s truly unique. It’s biblical narrative, but in short story form, but it doesn’t end there. After you’ve been absorbed into a page-turning story, Frank exegetes the wisdom from each encounter and helps you apply it to your life.

Tell us about the course that supplements the book.
Frank: The Day I Met Jesus Master Course is designed for those who wish to delve deeper into the themes set forth in the book. It includes a workbook and 20 audio messages delivered by Mary and I. In addition, it includes 8 bonus eBooks from Mary and I. It also includes a closed forum where people can access us both directly for Q&A and dialogue. People can check it out at http://www.thedayimetjesus.com/course