You are here: Home / The Idol of Liberty 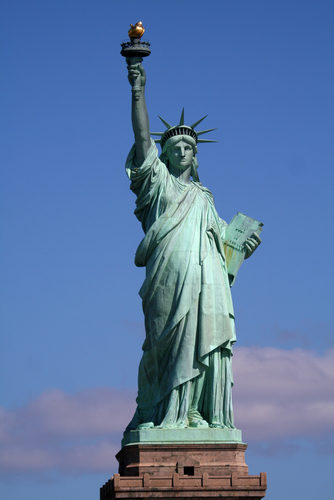 We all value and desire liberty.

I recently heard a conservative radio talk-show host say that mankind’s greatest desire is liberty. But this is not true. Most people prefer security over liberty and will sacrifice all sorts of liberties for the sake of peace, safety, and comfort. Liberty is the luxury of the secure (see The Subversion of Christianity,

As soon as we begin to place our desire for liberty above our desire for God, the goal of liberty becomes our master. We become slaves of liberty. And liberty, as a goal and cause in itself, becomes a terrible taskmaster, sending people to their death, and exacting horrific crimes on people and nations which are viewed as obstructing our liberty.

We go to war in the name of liberating people from dictators, and frequently, the new leaders placed in power are just as corrupt and destructive as those which were removed. One group’s quest for freedom will often lead them to kill, enslave, and destroy countless others who are viewed as standing in the way of that group’s liberty and freedom.

Take any war, any struggle, or any fight by any nation or any group of people in the history of the world, in which their goal was liberty and freedom, and you will find countless atrocities, murders, and crimes, all committed in the name of liberty.

It is true what Madame Roland said in 1793 when she was executed during the French Revolution. On the way to the guillotine, Madame Roland passed a large statue of the goddess Liberty (the same goddess portrayed by the Statue of Liberty in New York Harbor), and spoke these famous words: “O Liberty! What crimes are committed in thy name!”

It is ironic that the Statue of Liberty, as the primary symbol of liberty in the United States, is a pagan goddess. I fear that in our American quest for liberty, we have far too often followed a false goddess, rather than the true source of our freedom and liberty, Jesus Christ.