You are here: Home / The Tribe and the Church 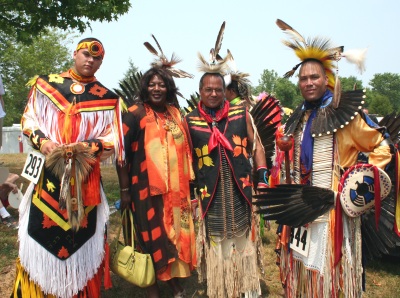 The adults of the village filed into the community meeting house and found their usual seating locations, which identified their rank within the tribe. Everyone was dressed in accordance with the customary dress for such occasions.

Music began. The crowd swayed and chanted with the music. Everyone knew the music and the words. Containers of drink were passed from person to person and everyone drank a few sips.

An elder stood and spoke. Everyone respectfully listened. The tribal meeting concluded with more music.

Though this description sounds like something that only happens in a Native American ceremony or in an Indonesian jungle, the description above actually describes what happens in countless churches around the world every Sunday morning.

But is this wrong?

We all have a tribal urge. A tribe is group where one can belong and others are excluded; the place where one knows their place and exactly what is expected of them.

Or does the tribal urge conflict with Jesus’ command to love our neighbors as ourselves?

The Russian thinker Peter Kropotkin, in his book Mutual Aid: A Factor of Evolution suggested that survival is the result of cooperation of people together against the environment. Each person benefits from the things others contribute and share. Can this best be accomplished within the tribe or within society at large?

Do we form tribes for the purpose of surviving in a harsh environment, or as an attempt to group with others similar to ourselves and to exclude all others? Is the tribe an effort to meet our own needs, to the exclusion of the needs of others?

All of these questions and considerations are relevant to those of us who follow Jesus and his teachings. Is it possible to really love our neighbors as Jesus commanded and at the same time withdraw into our Christian “tribe” where most of our neighbors are de facto excluded?

Consider the case of our neighbor who knew almost nothing about Christianity and who had never attended a church service of any kind. Her life was in turmoil and someone she slightly knew suggested she should try “going to church.”

She didn’t know the music. She didn’t understand what to do when the communion trays were passed. (She immediately drank the juice and ate the bread, instead of waiting until everyone had been served and the pastor had read a Scripture, as was the custom in that church.) She didn’t understand the sermon about Pauline theology.

Almost everyone avoided her after the service, but whispered about her, which of course she overheard. (That was part of the idea for those who “stage whispered” about her clothes and everything else she did that clearly identified her as “not one of us”.)

She had never been to church before that time and never returned. When the turmoil in her life calmed down, she realized that she was extremely embarrassed by all of the missteps she had made when she went to church in an attempt to find help.

The ladies of the church were glad that the very attractive young woman in the very revealing attire never returned. Their husbands were safe, as was the tribe, complete with all the “rules” everyone was expected to know.

The Spirit may draw people to himself, but do we often run them away when our tribal urge kicks in – our need to think alike, dress alike, act alike and even look alike? Are we more interested in loving others in Jesus name, or in defining and preserving our identity as the tribe?

We will consider some further issues with the tribe and the church tomorrow. Until then, what do you think about the church and our tribal urge? Where have you seen the tribe of the church keep at bay those who were seeking Jesus?