You are here: Home / z / Tim Tebow vs. First Baptist Church of Dallas 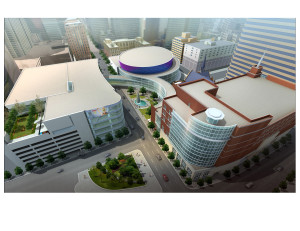 I imagine that First Baptist Church in Dallas is peeved that Tim Tebow backed out of speaking at their “Grand Opening” month-long celebration for their new $130 million state-of-the-art, accessory-filled sanctuary.

Though Tebow previously had agreed to speak during their celebration — along with David Jeremiah, Charles Billingsley, Jim Cymbala, Phil Wickham, the Brooklyn Tabernacle Singers, and Dr. James Dobson — he backed out the other day after a reporter for CBS sports gave Tebow an online shellacking for the decision to align himself with a pastor who condemns gays, Mormons, and Muslims to hell, and who associated President Obama with the Antichrist.

So it got me wondering…

What would Jesus do?

I know, I know. That question usually makes be gag too. It is usually asked by people who would rather wear WWJD wristbands and t-shirts than go out and actually do what Jesus would do, but in this case, I am going to ask it anyway:

If Jesus were a Heisman-trophy winning all-star celebrity multi-millionaire quarterback, what would he do?

…On second thought, that question doesn’t make sense…. which just goes to show you another reason why I don’t like the question.

So let me rephrase the question.

If Jesus were ministering today, would he go speak at the First Baptist Church Grand Opening Month-long Celebration?

Maybe a video would help you decide. Here is a construction video from First Baptist Church in Dallas:

All I can really say to this video is “Wow.” …and not in a good way. I laughed out loud at the end with that Las Vegas style fountain around the cross of Jesus…

I agree with Alan Cross at Downshore Drift who wrote this:

…one must ask what kind of bells and whistles are involved in a $130 million price tag for a 3,000 seat sanctuary. One must ask if spending $130 million on a 3,000 seat sanctuary with fountains and glass and other luxuries is even the religion that Jesus had in mind when he died on the cross alone and rejected. First Baptist will celebrate over the next month. The world wonders what they are celebrating.

I am not a fan of churches spending obscene amounts of money on fancy buildings, and have proposed elsewhere that if we siphoned off just some of the money we spend on church buildings, we could solve the world’s water crisis.

But at the same time, I always remember what I learned in Kindergarten, that whenever I point the finger at someone else, there are three fingers pointing back at me. Where am I wasting money that could be spent elsewhere? How am I “splurging” on unnecessary accessories?

I guess maybe part of the difference, however, is that I am not spending this money “in the name of Jesus.” But is that even a valid distinction, or is it a pitiful attempt at self-justification?

But I am getting off track…

Would Jesus speak at the Grand Opening of First Baptist Church in Dallas? 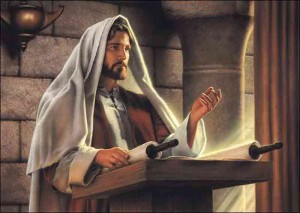 I suspect Jesus would speak at First Baptist Church in Dallas…if they were dumb enough to ask Him. He would get up there and tell a parable… probably something along these lines:

There was a man who had great wealth. And he wanted to use his wealth to help the poor, the homeless, and the hungry in his city. He saw their desperate need, and wanted to do all he could to help them.

So the first thing he did was move into the midst of the poor and the naked. He knew that to minister to the hungry, he needed to live among them. He bought a small and humble home, and began to feed and clothe whoever had need.

One day a man walked into his humble abode, dressed in fine clothes and carrying a leather briefcase. He looked at the work the rich man was doing, and said, “This is wonderful! You are feeding the hungry, clothing the naked, and providing lodging for the homeless! But your space is so limited. You can only feed and clothe a few. Imagine what could happen in this city if you expanded your operation so that rather than feeding and clothing dozens, you fed and clothed thousands! Imagine the change that would come upon this city! Imagine the good you could accomplish! If that is what you want, I can show you how.”

The rich man looked around his small house. He did feel rather guilty that despite all his wealth, he could only feed a clothe a few. Every day he had to turn away people who needed food and lodging, simply because he didn’t have enough room. So he looked at the man in the fancy suit and said, “Let’s do it! The more people I can reach, the better! What do I need to do?”

So they began to plan.

First, they had to tell the poor and the homeless that for a short while, they could not come to get food and clothing any longer. The rich man had to explain to them that this was only temporary while he could build a larger structure to accommodate more people. They seemed to understand, but he saw doubt and fear in their eyes and tried to encourage and convince them that this was for the best. But many of them did not seem to understand as they shuffled off into the night.

It was painful to watch, but the rich man knew it had to be done.

So he and the man in the fancy suit got to work. They planned. They prepared. They started small and modest, but the more they dreamed, the grander their vision became. Nothing was too good for the poor and the homeless. When they entered those front doors, they needed to be treated like kings and queens! They needed to be greeted with a vision and foretaste of the pearly gates!

Very quickly, however, the rich man realized that despite his great wealth, he would not have enough money to construct his great dream. He just about gave it all up, when the man in the fancy suit offered the logical solution.

“You need people to come along side you to support you in this great vision for helping the poor and homeless. If you want to transform this city and help the people feed the hungry and clothe the naked, you cannot–you should not–do it all on your own. In fact, it is selfish to want all the glory of this ministry for yourself. You need to share the vision and let others share in the work.

So they started to invite other rich and wealthy people to participate. To give. To donate. And people eagerly responded. One man gave $10,000 and offered to give $100,000 if he could have a place on the board of this new ministry. Another man offered to give $1 million if they would name the gymnasium after him.

And this is how it went for the next six years. Thousands of people joined in the work. Donations poured in. Decisions were made. Budget committees formed to make sure the money was all accounted for. Ministry committees multiplied to plan and prepare for the eventual day when they would start taking care of the poor and needy in the community. Television specials and interviews aired on the local news stations about the grand work that was being done to beautify this once-decrepit downtown block of the city.

The rich man became popular among the popular and the rich. He was asked to write books and speak at conferences.

And one of these days, if he can find the time, he hopes to once again give a coat to a poor man and a meal to a hungry child. Until then, well, he is “raising funds” and “raising awareness” which will be more help in the long run. At least, that is what the man in the fancy suit says…

Then Jesus would sit down, and everybody in the grand auditorium would glance nervously around at each other, thinking to themselves, “Was he talking about us?” But they would forget all about it when the next speaker bounded up on stage and started off with a witty joke about falling asleep in the padded pews during long, meandering, pointless stories from untrained preachers.

That would perk everybody up, and nobody would notice as Jesus slipped out the back of the building to go hang out with the homeless under the bridge a few blocks away.