You are here: Home / Unconditional Election Quotes from Calvinists

To clarify what Calvinists mean, they often use the words “foreordination” or “predetermination” instead of foreknowledge, as these words better describes the view that God did not just know what was going to happen before it happened, but actually ordained, decided, or determined what would happen.

Part of this foreknowledge or foreordination is predestination. While foreknowledge refers to God’s knowledge and determination of everything that happens, predestination refers specifically to the destiny of human beings. In eternity past, as part of God’s divine decree, He determined or decided the eternal destiny of every individual person, whether they will spend eternity in heaven or in hell. 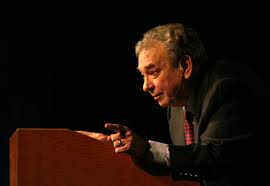 I will provide more quotes about reprobation tomorrow…

Just as with every other system of theology, not every Calvinist would agree completely with the way the terms have been described above.

Foreordination means God’s sovereign plan, whereby He decides all that is to happen in the entire universe. Nothing in this world happens by chance. God is in back of everything. He decides and causes all things to happen that do happen. … Predestination is part of foreordination. While foreordination refers to God’s plan for everything that ever happens, predestination is that part of foreordination that refers to man’s eternal destiny: heaven or hell. Predestination is composed of two parts: election and reprobation. Election concerns those who go to heaven, and reprobation concerns those who go to hell. … Divine election means that God chooses some to go to heaven. Others are passed by and they will go to hell (Palmer, Five Points of Calvinism, 24-25).

The doctrine of election declares that God, before the foundation of the world, chose certain individuals from among the fallen members of Adam’s race to be the objects of His undeserved favor. These, and these only, He purposed to save. God could have chosen to save all men (for He had the power and authority to do so) or He could have chosen to save none (for He was under no obligation to show mercy to any)—but He did neither. Instead, He chose to save some and to exclude others. His eternal choice of particular sinners for salvation was not based upon any forseen act or response on the part of those selected, but was based solely on His own good pleasure and sovereign will. Thus, election was not determined by, or conditioned upon, anything that men would do, but resulted entirely from God’s self-determined purpose (Steele & Thomas, Five Points of Calvinism, 27).

Election is, therefore, that decree of God which He eternally makes, by which, with sovereign freedom, He chooses to Himself a people, upon whom He determines to set His love, whom He rescues from sin and death through Jesus Christ, unto Himself in everlasting glory (Hanko, et. al, The Five Points of Calvinism, 33). 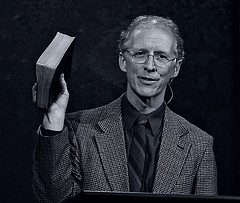 We mean, therefore, by this doctrine, that God, in eternity, chose or picked out of mankind whom He would save (by means of Christ’s death and the work of the Holy Spirit), for no other reason than His own wise, just, and gracious purpose (Beck, The Five Points of Calvinism, 12).

Divine election may be defined as that loving and merciful decision by God the Father to bestow eternal life upon some, but not all, hell-deserving sinners. This decision was made before the foundation of the world and was based not upon any act of will or works of men and women, but solely upon God’s sovereign good pleasure. One does not enter the ranks of the elect by meeting a condition, be it faith or repentance. One enters the ranks of the elect by virtue of God’s free and altogether gracious choice, as a result of which he enables us to repent and believe. Thus, election is both sovereign and unconditional (Storms, Chosen for Life, 45).

Election is the unchangeable purpose of God, whereby, before the foundation of the world, he hath out of mere grace, according to the sovereign good pleasure of his own will, chosen, from the whole human race, which had fallen through their own fault, from their primitive state of rectitude, into sin and destruction, a certain number of persons to redemption in Christ, whom he from eternity appointed the Mediator and Head of the elect, and the foundation of Salvation (Canons of Dort, I:7).

What are your thoughts on these quotes about election? Agree? Disagree? Have a quote you want to share? Weigh in below!