You are here: Home / Redeeming Church / What I Appreciate About Pagans 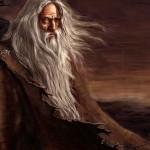 Who are the Pagans?

Christians often refer to any non-religious person as a “pagan” or a “heathen.”

But did you know that there really is a “Pagan” religion? And no, they don’t worship the devil, cut themselves with knives, or sacrifice virgins in the woods. They do often worship out in nature, and tend to follow the ancient beliefs and practices of Nordic mythology. Don’t know what that is either? Think “Vikings.” They have various gods and goddesses, among which are Odin, Thor, and Freya. They use runes to help them make decisions and understand the times. Many of their stories can be found in The Poetic Edda.

If you have heard of Paganism in the news, it might be in connection with racism. It is true that some white supremacists call themselves “Pagans,” but most members of the Pagan religion denounce the beliefs and behaviors of this racist fringe, and have nothing to do with them. Just like certain radical, hate-filled, and violent people claim to be “Christian,” but have nothing to do with the teaching of Christ, so also, some racists claim to be Pagan but are not representative of the entire group. 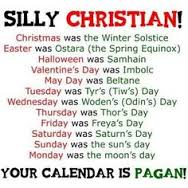 Now that I live in the Pacific Northwest, I have come to know many people who consider themselves “Pagan.” They are not atheist, godless people, but are quite devout, religious people. As I have had various conversations with them, I have come to respect many things about them and their religion, and believe that there is much that Christians can learn from Pagans. (If the truth be told, Christians have already borrowed a huge chunk of Pagan beliefs and practices. Most deny that this is so, but denying the truth doesn’t make the truth disappear. But this is a topic for another post.)

Here are three things Christians can learn from Pagans.

Pagans have a great sense of honor. They understand the importance of honor, how to gain honor, and how to pass it on to their children. They have rules, or guidelines, about how to treat others with dignity and respect, and how to preserve freedom so that all can live a joyful, productive, and vigorous life.

I believe that there is very little honor left in many forms of Christianity. To a large degree, Christianity has become a materialistic, consumeristic religion, which values money, wealth, possessions, power, and position above honor. 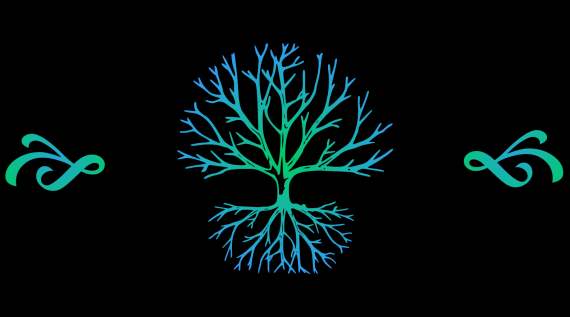 2. Many people connect with God in Nature

I love nature. I love being in nature. I have always felt closer to God when I am in nature. I can pray better, think better, and listen better when I hear the wind in the trees, the bubbling of the brook, and the call of the squirrels to one another in the branches.

I so wish that Christians would feel the freedom to get out of their stained-glass sanctuaries with professional choirs and padded pews, and get into the wild of nature where God builds His own stained-sunset sanctuary every night, orchestrates his own music, and pads his fallen logs with moss and the ground with pine needles.

Why is a man-made building an “approved” meeting place for Christians, but the God-made house of nature not? Why is the music of man to God considered worship, but not the music of a bird welcoming the morning or the sound of snow falling in the woods? 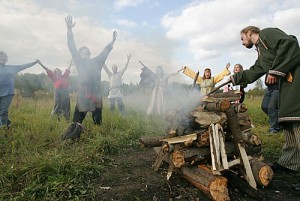 I think many in Christianity would greatly benefit from a move into the woods. Not so that we can destroy the peace of nature by singing our songs and listening to sermons there (God forbid!), but so that we can listen to the songs already being sung, and see the sermons already being preached. Yes, see. I never go into nature without seeing sermons everywhere I look.

3. No required or mandatory services.

While many Pagans have certain prayers they say or practices they observe on a regular basis, there is no hierarchy of priests and pastors who tell everybody else “This is the right way. Do it this way, or else.” There is great flexibility and freedom for each person or group to believe and practice how they feel best.

This sounds scary to most Christians, because if we just let everyone do what they want and believe what they want, won’t people believe and practice all sorts of crazy, heretical, outlandish things?

Yes, they will. And how does that differ from the way things already are? The way things are (and have always been), Christians believe and practice all sorts of crazy, heretical, outlandish things, but people feel like it’s “okay” because they have priests, clergy, and seminary-trained pastors who teach them to believe and do these things.

Nevertheless, one group argues with and condemns another group. They point fingers at each other, call each other nasty names, and condemn each other to hell. (Which is one of the beliefs we borrowed from paganism, by the way. They call it Hel. I find it SO ironic that the same Christians who condemn Christmas and Easter as being “pagan” religions, condemn to hell anybody who observes these holidays, when most Christian beliefs about “hell” are also borrowed from paganism!)

When one Pagan encounters another Pagan who believes and practices Paganism differently, they might argue a bit about these things, but in the end, they both just shrug their shoulders and decide to “live and let live.” I love this, and am trying to follow Jesus this way in my own life as well. Just as I believe Jesus is leading me to live a certain way, I trust that He is able to lead and guide others also, and I have to believe that He may lead them in a completely different direction than He is leading me.

Do you have any “Pagan” friends? Have you ever encountered people who are part of the “Pagan” religion? Let me know through Facebook or Twitter by sharing this post below.

Here is a list of the other participants in this month’s synchroblog: