You are here: Home / Will a Man Rob God? 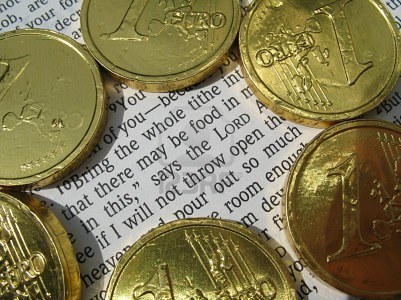 Malachi 3:8-10 is by far the most preached-upon passage on tithing in the entire Bible. It is a popular passage because it seems to announce a curse upon those who fail to tithe the full amount to God. Using this passage, pastors and preachers tell people that if they want to be blessed financially, they must bring in the full tithe. If they fail in this, they are robbing God and will be cursed.

Will a man rob God?
Yet you have robbed me.
But you say,
“In what way have we robbed You?”
In tithes and offerings.

You are cursed with a curse,
For you have robbed Me,
Even the whole nation.

Bring all the tithes into the storehouse,
That there may be food in My house.
And try Me now in this,
Says the Lord of hosts,
If I will not open for you the windows of heaven
And pour out for you such blessing
That there will not be room enough to receive it.

The text seems pretty clear. If we do not tithe the full amount we are supposed to, and bring it to God’s house, we are robbing God and will be cursed. But if we bring the full tithe, then God will make us rich, so rich, we cannot even hold it all. And this is how the passage is usually taught. The pastor admonishes the people to give their full tithe, and bring their full offerings so that they can be blessed by God, and not cursed.

Yet this is simply another passage that has been severely misunderstood and misapplied because people fail to understand the historical background of Malachi. To understand what this passage is saying, we must begin by looking at the historical context. 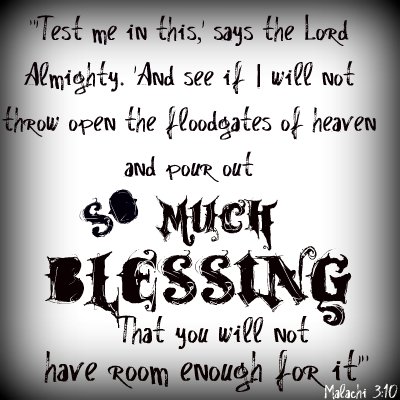 In 538 BC, a man named Zerubbabel was given permission by Cyrus, the king of Persia, to return to Israel and rebuild the temple in Jerusalem (Ezra 1–2). The process of rebuilding the temple experienced many setbacks and difficulties, so the prophets Haggai and Zechariah encouraged the people to continue rebuilding the temple despite all of the problems. Finally, after over 20 years, the temple was completed in 515 BC (Ezra 6). Nevertheless, a completed temple did not restore Israel’s obedience to God’s law. The priesthood was corrupt and the people were intermarrying with pagans, so in 458 BC, Ezra traveled to Jerusalem and worked to correct these moral failures (Ezra 9–10).

Fourteen years later, Nehemiah also travelled to Jerusalem, this time with the goal of rebuilding the walls of Jerusalem. Along with rebuilding the walls, he is also able to enact many reforms to the way people live and worship. It was during this time of reforms under Nehemiah that Malachi lived and taught. Some of the issues that Malachi addresses are the same issues which Nehemiah addressed. One of these issues is bringing the tithes and offerings into the storehouse of the Temple.

In the historical record of Nehemiah, here is what appears to have happened. The people of Israel loved to have priests and Levites ministering in the Temple, and were thrilled to give of their tithes and offerings to support this ministry. It was what God commanded, and they rejoiced in giving of their crops and herds (Neh 12:44). Nehemiah specifically says that in his days, all Israel joyfully participated in giving the portions required by the law (Neh 12:47). So far, this does not sound at all like the issue Malachi is concerned with. The people appear to be giving joyfully and generously.

Yet in Nehemiah 13, we read of a priest named Eliashib who had been given the authority over the storehouse in the Temple (13:4). It was his job to make sure that all the singers, gatekeepers, priests, and Levites who served in the Temple received their portion of the grain, wine, and oil that had been brought by the people of Israel (13:5). But he was doing no such thing. Instead, he had removed all of the grain, wine, and oil, and had allowed a man named Tobiah to begin living in the storehouse instead (13:4, 7). And who was Tobiah? He was the enemy of God and of Israel who had tried to stop the people from rebuilding the wall (Neh 2:10-19; 6:10-19)! As a result of not getting their daily portions of food, the Levites and the singers who did all the work in the temple had gone back to their fields so that they could feed themselves and their families (Neh 13:10).

What did Eliashib do with the grain, the wine, and the oil? The text does not say exactly, but after Nehemiah kicks Tobiah out of the storehouse, he brought the grain back into the storehouse, but the text says nothing about the wine and oil, and a few verses later, Nehemiah calls on the people of Israel to replenish the storehouses with grain, wine, and oil (cf. Neh 13:9, 12), and Nehemiah appointed new treasurers over the storehouse who would properly and fairly distribute the portions to the temple workers (Neh 13:13).

We will look tomorrow at what all of this means for understanding and applying Malachi 3. But just from what we have seen here, who do you think Malachi  is really speaking to in Malachi 3:8-10?