You are here: Home / Malachi 3 and Tithing 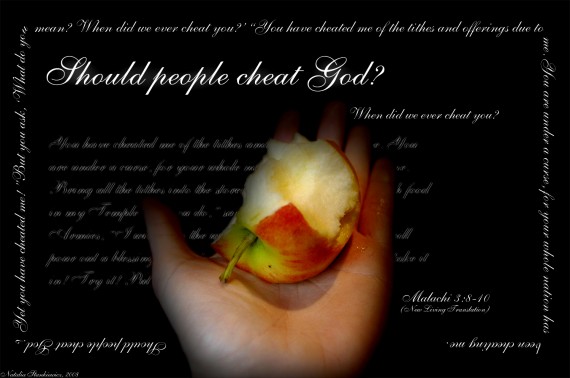 Malachi 3 is a popular passage that pastors and churches use to defend the practice of the 10% tithe. But when we study the passage in context, a completely different picture emerges.

We looked yesterday at the historical context of Malachi 3, where we saw that the priest Eliashib was stealing the tithes from the temple storehouse. Let us now look at Malachi 3 in the context of the book itself.

The Audience of Malachi

When studying a book of the Bible, one of the primary things to look for is who the book is addressed to. That is, who is written to? Who is the audience? Who did the author have in mind when he wrote?

With Malachi, this question is easily answered, for Malachi refers to them directly several times. In several places, Malachi reveals that he is addressing the priests of Israel (1:6; 2:1), and the sons of Levi (3:3).

And what is it these priests are doing? They sneer at the commands of God, saying such things are “weariness” (1:13). They bring contemptible offerings to God, animals that are stolen, sick, and lame (1:13). They exploit wage earners, widows, and orphans (3:5). And they are robbing God of the tithes and offerings that belong to Him (3:8-10).

So it appears that the section on tithing in Malachi 3:8-10 is not so much addressed to the people of Israel, who apparently were doing a good job of bringing their tithes and offerings to the storehouse, but to the wicked and wayward priests, and specifically Eliashib, who were removing the tithes and offerings from the storehouse for their own personal gain. Maybe they were selling them or hoarding them for themselves.

The Priests are Robbing God and the Nation

That these verses are speaking specifically to the priests is clear from the little phrase at the end of Malachi 3:9. God says that they are not only robbing God, but are robbing the entire nation as well. 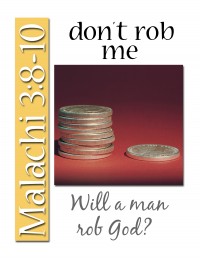 This statement does not make much sense if the people are failing to bring the tithes and offerings into the storehouse. But if they are bringing them in (as Nehemiah indicates that they were), and the priest was stealing them for himself and his friends, then it is easy to see how they were stealing from God and from the nation as well.

In this case, the rebuke of Malachi is not at all directed toward the people who were failing to tithe, but upon a priest and his friends who were not using the tithe properly, but were selling it or hoarding it all for themselves. They were not giving the full portion that was due to those who worked and ministered in the temple.

It is these priests who were robbing from God and from the nation.

A Rebuke of Spiritual Leaders

Now, if the people had failed to bring the tithe, could the rebuke have been directed at them? I suppose it could have been.

However, in such a situation, would God have said that the people were robbing Him? Probably not.

The language of the rebuke might have still contained elements of blessing for obedience, and cursing for disobedience, as these were consequences stated within the law (Deut 28), but it is doubtful that God would have accused the people of robbing Him in the same way that He was accusing the priests.

Malachi 3:8-10 is a rebuke of disobedient priests for stealing the tithes and offerings of the people. If there is a proper application of this text today, it would be better to direct it to the religious leaders in our churches, rather than to the people in the pews. And the message to the priests and pastors would be to ask them how they are spending the tithes and offerings of the people, and whether these offerings are being used for their intended purpose: to take care of the pastor’s needs (if he is really equivalent to a Levitical priest), and to feed the hungry in the community and look after orphans and widows in need (Deut 26:12).

So does the passage have any real application for people today who do not tithe, or who give less than the traditional 10% (which is really only 3%, as we saw in a previous post)? Not really.

And even if it was directed at the people, rather than the priests, the blessing for obedience and cursing for disobedience were consequences for the people of Israel living under the Mosaic Law. Followers of Jesus are not under the Law of Moses. We are under the Law of Christ, the Law of Freedom and Liberty (Gal 6:2; Jas 2:12). As such, everything we own belongs to God, and He does want us to use what we have and what we earn to help advance His Kingdom through generous giving and by loving and serving others. This is what Jesus and the rest of the New Testament Scriptures teach about giving.

We will begin to look at the New Testament Scriptures on tithing tomorrow. Don’t miss a post… make sure you subscribe.