You are here: Home / Redeeming Books / A More Christlike God 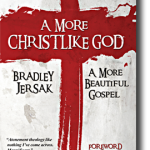 Let me explain what I mean.

For far too long, Christian theology has allowed a domineering monarchial view of God to discolor and distort our perspective of Jesus. We have an idea of God as the Sovereign King of the universe sitting on His throne in heaven, ruling the poor masses below through sheer power and control. And we have often interpreted Jesus in light of that picture of God. God, up there on His throne, is angry at us for how we rebelled against Him, and so Jesus has come to appease the wrath of God against humanity, which He does by dying on the cross.

Of course, Jesus has a dark side too, and at the end of time, when Jesus comes again, the bloody side of God will be on display in all its glory when Jesus lays waste to the world. So apparently, God is still angry at us, and although the death of Jesus calmed God down for a while, eventually even Jesus gets sick of all the sin, and decides God was right after all.

So you see? We have understood Jesus in light of God.

Thankfully, in recent decades, many pastors, theologians, and authors have begun to challenge this idea of Jesus (and God). Their idea is not new, but is as old as the church itself, and has always been the dominant view of Eastern Christianity. The view is that humanity has been mostly wrong about what God is like, so Jesus came to reveal God to us. Jesus does not look like God; God looks like Jesus.

As we in the West have rediscovered this truth once again, many people are publishing books about it. In recent years I have read dozens of excellent books on the topic. Books by people like C. S. Lewis, N. T. Wright, Walter Wink, Derek Flood, Greg Boyd, and numerous others, have been helpful guides in helping me see that God is Christlike. 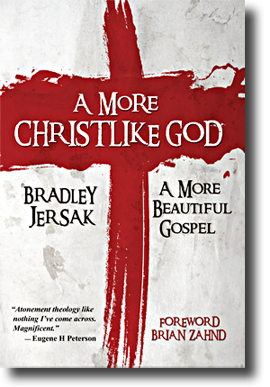 One of the most recent books I have read on this subject is the new book by Bradley Jersak, A More Christlike God. I love the title, because it makes one realize that many theologies portray a God who is not very Christlike at all. He looks more like Zeus or The Terminator. But in A More Christlike God, Brad Jersak helps us see that God looks like Jesus.

Jersak begins his book with several chapters which show how the un-Christlike view of God developed and is taught in Western Christianity. Then, beginning with the concept of self-emptying of God (kenosis) in Philippians 2, he shows how the New Testament paints a portrait of a God who is non-violent, fully loving, self-sacrificial, and completely forgiving.

Jersak’s defense of a Christlike God centers around something he calls “Divine Consent.” The idea is that just as Jesus emptied Himself of His power and position so that He might better love and serve humanity (Philippians 2), so also, God has been emptying Himself of His power and position since creation so that He also might love and serve humanity. One of the ways God did this is by giving humans a degree of genuine freedom. This means, of course, that we might use this freedom in ways God does not want. God could, of course, use His power to stop us from using our freedom in ways He does not want, but then our freedom would not be free. So God empties Himself of His power, and His right to control us, and consents to our misuse of His gift of freedom.

Yet because God knows that our misuse of His gift of freedom results in death and destruction, God doesn’t just say, “You’re going to regret that decision.” Instead, He jumps into the catastrophic consequences of our bad decisions, and works with us to bring hope, healing, restoration, and redemption from the pain and suffering caused by sin. Brad Jersak calls this “Divine Participation.” 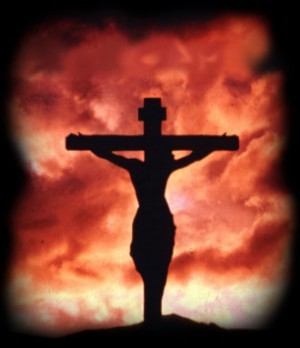 One of the key sections of A More Christlike God is where Brad Jersak discusses the all-important issue of “the wrath of God.” This idea is found in numerous places in the Bible, and is one of the key issues in this debate about what God is like. Many people assume that the phrase “the wrath of God” indicates that God is angry at us. Jersak presents a compelling case for why this is not a proper understanding of that term. He rightly critiques the idea that “the wrath of God” is God withdrawing His mercy. God never withdraws His mercy. God’s mercy is unfailing and everlasting. His mercy endures forever (Psalm 136).

The book closed with an interesting way of explaining to others the two primary ways of understanding God in the Bible and what Jesus accomplished on the cross. To show this visually, Brad Jersak and Brian Zahnd put together a YouTube video called “The Gospel in Chairs.” Here it is:

Since this video contains the sort of perspective found in this book, I highly recommend you read A More Christlike God.

My only real complaint is that A More Christlike God does very little to help the reader understand the violent texts in the Old Testament. He makes a minor statement on page 17 (through the words of a teenager girl named Jess) that the violence in the Old Testament is not what God did, but only describes what the people thought He was doing. I would have really like a fuller explanation of this idea, especially in how this idea relates to inspiration and inerrancy of Scripture.