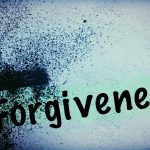 This study on forgiveness looks at the topic of forgiveness in the Book of Acts. Forgiveness is a key theme in Acts, and we see how Peter and Paul teach about Acts as the spread the gospel message throughout the world.

Note that this study is an excerpt from my Gospel Dictionary online course. This course considers 52 key words of the Gospel and thousands of biblical texts. The course contains over 100 hours Bible teaching. You can take the course by joining my online discipleship group.

The Book of Acts is a book of transitions. It shows the transition from the ministry of Jesus to the ministry of the Apostles, and how the Apostles continued to carry on the ministry of Jesus, following His instructions to take it to the end of the world. The Apostles begin in Jerusalem, and then take the Gospel message to the Samaritans, and finally to the world. The appearance of the gift of tongues helps verify that God has accepted these other people groups into His family, but another way that the Book of Acts shows these transitions is through the preaching of Peter to the various people groups about the forgiveness of sins. A later transition occurs when Paul takes up the same message and spreads it even further. 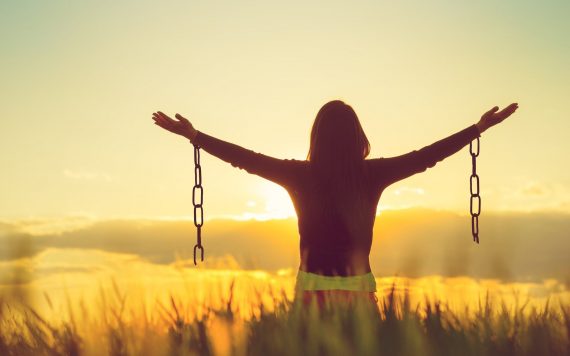 Let us consider several of the texts that discuss forgiveness in Acts.

NOTE: Before you read this post, it might also be helpful to read my article on the Two Types of Forgiveness.

Then Peter said to them, “Repent, and let every one of you be baptized in the name of Jesus Christ for the remission of sins; and you shall receive the gift of the Holy Spirit.”

The Book of Acts begins similarly to the Gospels. In the Gospels, John came preaching a baptism of repentance for the remission of sins. Here it is Peter who preaches a nearly identical message. Peter preaches to the Jewish people who were gathered in Jerusalem for Pentecost that although Jesus was the promised Messiah, He had been condemned and crucified (Acts 2:22-36). Nevertheless, God raised Jesus from the dead, thereby proving that Jesus was who He said He was and had not committed the crimes for which He was killed (Acts 2:24, 32, 36).

When the truth about what they had done is revealed to them, those who heard Peter asked what they should do in response (Acts 2:37). Peter tells them to repent and be baptized for the remission of sins. This is not a message about how to go to heaven when they die, but is instead a message about how to be released (Gk., aphēsis) from the sin which was revealed in the death of Jesus. To repent is to recognize the sin they are committing and turn away from it. To be baptized refers not only to the symbolic death, burial, and resurrection through water, but to also be immersed into the teachings and instructions of the apostles about Jesus Christ (see Baptism).

Therefore, Acts 2:38 reveals that when the people realized the magnitude and significance of their sin in killing Jesus, they asked Peter what they should do in response. Peter tells them to turn away from committing this sin in the future and to commit themselves instead to learning about Jesus and following His ways. If they did this, they would be released from the sin which had led to the killing of Jesus.

Since Jesus instructed His disciples to begin in Jerusalem with the truth of His life, death, and resurrection (Luke 24:47; Acts 1:8), it is appropriate that the first time this message is preached in the Book of Acts, it is in Jerusalem. The reader should expect, therefore, that as the Book of Acts progresses, the message about how the death of Jesus releases humanity from sin continues to spread to the rest of the world as well. This is indeed what we see.

Him God has exalted to His right hand to be Prince and Savior, to give repentance to Israel and forgiveness of sins.

After the message was taught in and around Jerusalem, the truth about how the death of Jesus next spreads to the rest of Israel. In Acts 5, Peter tells the Jewish religious leaders that although they killed Jesus by hanging Him on a tree (Acts 5:30; cf. Deut 21:23; Gal 3:13), thus indicating His identity as a cursed scapegoat victim, God exalted Jesus and calls all Israel to repent of their sin so that they might be forgiven or released (aphēsis) from it. 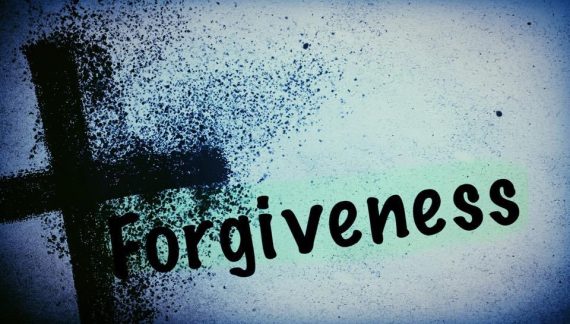 To Him all the prophets witness that, through His name, whoever believes in Him will receive remission of sins.

When the message about Jesus spread further outward, this time to the God-fearing Gentiles, the Book of Acts once again makes mention of the fact that they were told about how to receive remission, or release (aphēsis), from their sin. Peter declares this message to Cornelius and his household. Cornelius, of course, was a Roman centurion (Acts 10:1). Since military forces often make use of scapegoating tactics to defeat an enemy and create peace in a conquered region, Peter is effectively telling Cornelius that Jesus calls us away from such practices.

As with his message to the religious leaders, Peter also tells Cornelius, as a Roman military leader, that Jesus was hung on a tree (Acts 10:39), which is a reference to the crucifixion of Jesus and the implied curse that came with such a death (cf. Deut 21:23; Gal 3:13).

This means that if Cornelius believes in what Jesus has revealed about sin through His death on the cross, then this will lead Cornelius to follow the example of Jesus, and live free from this type of sin. Just as Peter’s message about Jesus called the Israelites to live in peace with others (Acts 10:36), so also, Peter calls Cornelius and all Gentiles to learn from Jesus and live in ways that leads to peace.

Therefore let it be known to you, brethren, that through this Man is preached to you the forgiveness of sins.

As the Book of Acts transitions from the ministry of Peter to the ministry of Paul, the story shows that Paul follows in similar steps as did Peter. During Paul’s first missionary journey, he begins by visiting a Jewish synagogue and declaring to them the revelation of Jesus about sin and how to be released from it (Acts 13:14). The forgiveness of sins that Paul refers to is aphēsis. Paul also includes the truth about justification by faith (Acts 13:39), which is a truth that Paul emphasized everywhere he traveled and in many of the letters he wrote.

“… to open their eyes, in order to turn them from darkness to light, and from the power of Satan to God, that they may receive forgiveness of sins and an inheritance among those who are sanctified by faith in Me.”

After Paul is arrested and imprisoned, and as he turns his eyes toward Rome (Acts 25:11-12), he has an opportunity to share with the Roman Procurator Festus and King Agrippa what he plans on saying to Caesar (Acts 25:24-27). So once again, this text reveals that Paul’s message to the Roman officials is nearly identical to the message of Peter to the Roman Centurion Cornelius. Paul, like Peter, is telling both Jews and Gentiles, both religious leaders and political officials, that Jesus reveals the way to peace.

The words that Paul quotes in Acts 26:18 are the words which Jesus said to Paul on the road to Damascus. Jesus told Paul that he was being sent to help turn people from darkness to light, from the power of Satan to the power of God. The darkness that the world lived under is the darkness of the power of Satan, which is the power of accusation (see Satan). Jesus wanted Paul, just as He wanted Peter and all of His followers, to show people how to receive forgiveness (aphēsis), or to be released, from this sin.

Paul goes on to say that when he tried to call both Jews and Gentiles to turn from their violent ways, but was threatened with death instead (Acts 26:20-21). Just as Jesus revealed, and is seen throughout the Bible, when a person does not repent of their sin, the result is religious violence performed in the name of God. The Book of Acts ends with similar themes (cf. Acts 28:17-31), but does not provide any information about Paul’s trial before Caesar.

One reason for this abrupt ending to the Book of Acts, is that just as both Peter and Paul called both Jews and Gentiles, both religious leaders and political officials, to turn from their ways of violence based on accusation, and live free from such sin by following Jesus into the way of love and peace, each person who reads Acts is supposed to pick up the mantle of Peter and Paul for themselves, and continue to spread this message to the utter most parts of the earth.