In his book, The Multiplying Church, Bob Roberts writes this:

Let’s start a thousand churches over the next ten years, each one running a minimum of two thousand members, and in just ten years we will turn America upside down with the gospel! That would work, right?

Wrong – that scenario just happened over the past ten years, and there are fewer people in church today than ever before.

How can that be?

How could we have spent billions to start two thousand megachurches and yet have fewer people in church and a society that largely feels the church is antagonistic?

The answer (in my opinion) is that most of the people who start to go to those new churches are not new Christians, but people who were already Christians and who transferred to the new and exciting church. Most of the church plants grew by transfer growth, not church growth. Others have pointed out the supporting statistic that every year about 4,000 churches close their doors … forever. 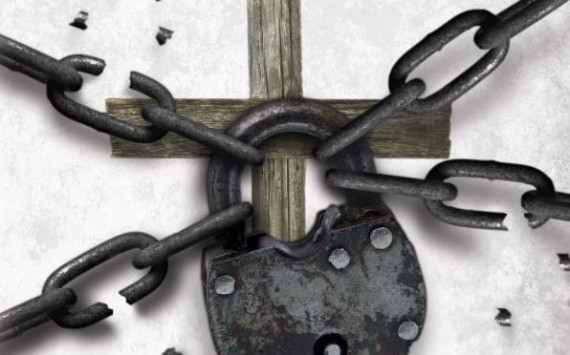 Most “Religious” Groups are Dying

Then today, I was reading an article called “Change-Seekers” in World Magazine, which summarized the major study of the Pew Forum on Religion and Public Life (available here). The study revealed that currently only 51% of Americans are “Protestant,” down from 60-65% in the 1970s. The only “religious group” actually increasing in numbers are those who identify themselves as “non-religious.” They comprise 16% of America, and have nearly doubled in number since the 1980s. Then the author of the article says this:

Despite the church growth movement and the proliferation of megachurches, evangelical Christianity is losing ground. Growing churches often have high turnover. [Are they going to other new churches with a better show?] The issue is not how to gain new members but how to keep the ones churches already have.

In The Multiplying Church Bob Roberts says that problem our churches face is that we are not seeing true life transformation in those who attend our churches.

I found this insightful, especially since on Friday, I read a book by Neil Cole called Cultivating a Life for God in which he reveals a way of discipling people which has resulted in amazing life transformation in the people that have done it worldwide. But the beauty of what he proposes is that this life transformation does not depend on the systems and structures that have come to be known as “church.” Instead, his proposal is simple, free, and easily reproducible. I just started reading his newest book, Search & Rescue, which appears to be an updated remix of Cultivating a Life for God.

It is my opinion that the way we do “church” today is more often than not a hindrance to the spread of the gospel and the making of disciples.

The Death of Churchianity

The death of churchianity is coming, and while it saddens me when churches close, I am also excited because I believe that a new movement of God is coming upon His people whereby we throw off the things that hinder what He is doing in our lives, communities, and countries, and embrace a new (actually old) way of being the church. 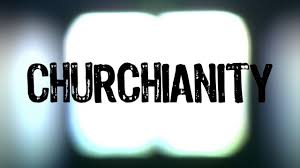 This new/old way will not need millions of dollars to sustain itself the way churchianity does.

It will live out the gospel among the people of this world by serving, living, and loving them, rather than just teaching facts.

When churchianity dies, we will stop going to church and simply be the church, the body of Christ. The death of churchianity precedes the resurrection of the church.

Therefore, since churchianity is dying, and we shouldn’t fight it. Churchianity is on life support and is begging us to pull the plug (which is why I wrote my book, Close Your Church for Good.

And as Churchianity fades away, I am beginning to see glimmers of light as the grime from centuries of tradition is scrubbed away, and the glory of God begins to manifest itself among groups of Christians who just want to live life like Jesus in their communities.

(Note: After writing this post, I learned that before he died, Michael Spencer wrote a book called Mere Churchianity. I haven’t read it, but it looks good.)