There is no greater threat to the unity of the church than legalism.

These are strong words, but history, tradition, experience, and Scripture reveal that where legalism spreads, disunity prospers.

Thankfully, God has provided an antidote to legalism through the free gift of eternal life which is received by grace along through faith alone in Christ alone. 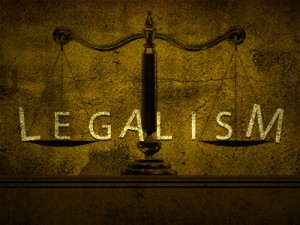 Just as legalism breeds disunity, love and unity flourish where grace and faith multiply. The more we emphasize grace and faith, the greater our unity will be. For this reason—and simply for the sake of the truth—a strong stance on the simplicity and freeness of eternal life by grace alone through faith alone is essential.

To see this, it is important first of all to know what legalism is.

Lots of people have heard about legalism, but few know what it is. Here is a basic definition of legalism:

Legalism is when people use the law of God in an attempt to gain favor with God. 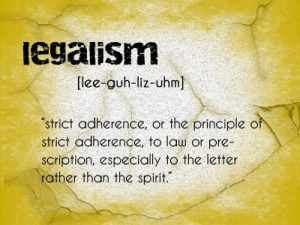 At it’s core, legalism believes that God is angry with humanity, and that the way to make God like us again is to obey His laws. And if everybody could just obey God’s laws all at the same time, then God might love us and be happy with us again, and blessings from heaven will flow down upon us once more.

So at it’s core, legalism has some seriously faulty views about God, about sin, about the law, and about how people can get into a good relationship with God. All of these faulty views are what makes legalism so dangerous and divisive.

Legalism is dangerous because it begins with the premise that God is mad at us and He gave us His law so that we could get back into His good favor.

But if Jesus tells us anything about God, it is that He is NOT angry with us. To the contrary, He loves us deeply and longs for nothing more than to reconcile us to Himself (2 Cor 5:19). It is not He who needs to be reconciled to us, but we to Him. In other words, He is not the one who has abandoned us; we have abandoned Him. It is not He who left us, but we who left Him.

By sending Jesus to this earth, God bridged the divide that we placed between Him and us. Out of His great love for us, He has come to where we are, because He knew that we would never (and could never) come to Him.

But the basic premise of legalism contradicts all this. Legalism teaches that we have offended God so deeply that He is angry with us… He even hates us… and so we must try to please and appease God by doing things He likes so that maybe, somehow, hopefully, God will love us once more.

Not only is such legalistic theology terribly wrong, it becomes terribly divisive.

Legalism is divisive because as soon as one person thinks that they are starting to obey God’s law and make God happy with us again, that person begins to think that the reason God is still angry with the world is not because of his or her sin, but because of everyone else’s. So if everyone else would just clean up their life and start obeying God, then God will start to love us again. As soon as legalists begin to make some headway in their own life in the “Obedience to the Law” department, they set themselves up as a manager in the department, and try to get everybody else to follow the rules as well.

But this isn’t the most dangerous or divisive element to legalism. What makes legalism so divisive is that nobody actually thinks they are legalistic.

Though there are countless Christians who are legalistic, you will never meet anyone who claims to be a legalist. This is what makes legalism so sinister. It sucks the life out of Christians who believe they stand for the truth of Scripture and the Gospel. Legalism run madly toward death, all the while thinking they are pursuing life. 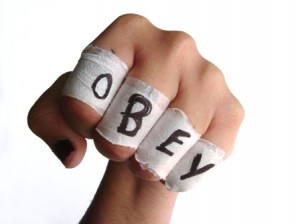 Since nobody believes that they are legalistic, everybody believes they have a healthy balance between law and grace, between faith and good works. A legalist then, is anyone who places a greater emphasis on law and good works than you do. On the opposite end of the spectrum, we criticize those who take grace too far. Those people are licentious, we think. They place too much emphasis on grace and in so doing, give people license to sin.

In this way, since only “other” people are legalists, and each of us is only trying to get people to obey God and live within the principles of the Kingdom of God, the hidden legalist in each of us (myself included!) becomes judgmental, critical, and divisive in our treatment of others. Legalism tears Christians apart because it sets up laws and rules as the means by which we maintain relationships between one another and between ourselves and God. And part of the divisive nature of legalism is that nobody can agree on the rules that must be observed. Everybody has different rules and regulations that must be maintained in order to fellowship with someone else.

Since legalism is so sinister, and since it is so hard to define, one might think that combating legalism is not worth the effort. Some might be tempted to think that it is not legalism that divides Christians, but the struggle against legalism that causes the problems. If some people are legalistic and others are licentious, wouldn’t it be better, for the sake of unity, to just throw up our hands, shrug our shoulders, and say “Live and let live”?

No, I don’t think so. Why not? Because Scripture seems intent on combating legalism wherever it is found. If legalism is one of the greatest threats to Christian unity, and legalism is found in every one of us, and Christian unity is something we should strive for, then legalism is worth fighting against. 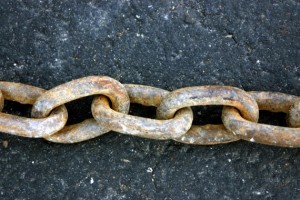 I think it is time to back away from all of these rules and regulations, and look at how the Bible seems to combat legalism. And how is that? By emphasizing grace as much as possible.

One reason legalism is so divisive is that Christians seem so intent on putting limits and restrictions on grace. The moment we set limits to God’s boundless grace is the moment we wrap ourselves in the dark bonds of legalism, but the moment grace is unleashed and unchained, legalism shrivels up and dies.

So what is the antidote to legalism? Grace. Radical grace.

Let us live life as a contest to see who can be the most gracious, loving, kind, and forgiving, and teach others to do the same. If we are going to follow the example of Jesus (and of God), we must extend grace to the point that people accuse us being friends to tax-collectors and sinners, to the point that they complain of how we allow people to get away with anything, of how we liberally shower blessings upon friends and enemies alike, and how we even show love and mercy upon those who wish to do us harm.

Such outrageous grace is what God shows us, and how we can live toward others. This kind of grace is the antidote to the legalism in all of us.

Here is the list of other writers and authors who contributed to this month’s Synchroblog. Go read them all to see what others think about church unity.