This Guest post is written by Cheryl Petersen. She is a freelance Christian writer, a correspondent for the Delaware County Times, and author of 21st Century Science and Health. She is a mother who gained humor while raising and fostering children. She blogs regularly on beliefnet Everyday Spirituality

The newspaper showed Angelina Jolie and Brad Pitt taking a walk in their backyard. The headline read, “Walking the Isle to Wed.” But it turns out the celebrity couple was only picking up dog poop. Just like the rest of us dog-owners.

Okay, you are right, they probably usually have a professional Poop Picker Upper for that job, but between their on-screen performances and real-life characters, anything is possible with the Brad and Angelina sensation.

But despite their fame as a couple, there is another legendary couple that outshines even “Brangelina.”

It is Adam and Eve. Rumor and legends about this famous couple have survived millenniums. They have been interminably surrounded by stories and rumors of being the first parents, running around buck naked, being blessed, fooled, corrupted, or cursed by God.

And, like all of us, Adam and Eve reveal some questionable parenting skills.

When my husband and I first discovered we were expectant parents, common sense told me that if I followed good parenting skills our children would turn out useful, happy, and healthy. The problem was that information on good parenting skills was hard to obtain, and what did exist seemed contradictory. One family expert counselled one thing while a child psychologist said the exact opposite.

END_OF_DOCUMENT_TOKEN_TO_BE_REPLACED

This is a guest post by Sam Riviera. He spends most of his time and energy caring for others in his community so that through his life and actions they might see Jesus. On Grace Ground, he has written a series of post providing practical advice for being the church in your community.

“Someone’s knocking on the front door.  You’d better answer it,” my mother told my father.

“No one we know comes to our front door,” my father replied.  “Besides, it’s almost dark and it’s Sunday.”

The knocking continued and grew louder.  Finally my father answered the door.  I saw the expression on his face before I saw who was at the door.  I immediately knew trouble was standing at our front door.

“Well aren’t ya’ gonna’ invite us in?” several voices asked almost in unison.

A few moments later a carload of my mother’s relatives poured into our living room.  They were just returning from a big family get-together at my great grandmother’s – the big get-together they had every four years on the Sunday before the presidential election. 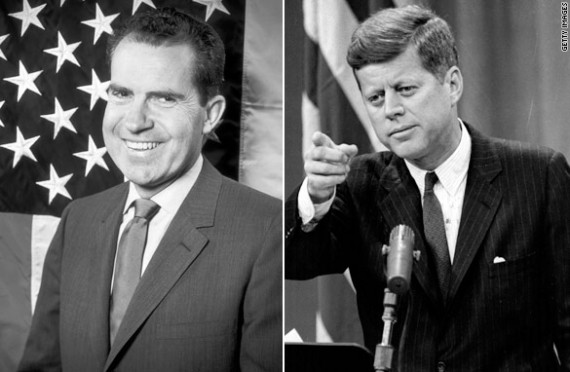 The Pope Is Gonna’ Be Runnin’ The Country

The year was 1960.  The date was November 6, two days before the country would decide if John Kennedy or Richard Nixon would be our next president.

We attended most family functions, but never the political ones.

My father came from a political family.  His father had been a career politician.  Spell that D-e-m-o-c-r-a-t.  My father married into a very conservative, religious, rabidly Republican family that equated their politics with their religion.  They knew about my grandfather, the D-e-m-o-c-r-a-t.  (Good Christian folks shouldn’t say dirty words like Democrat, so they spelled it out.)

Since John Kennedy, both a Democrat and a Catholic (gasp!) would be on the ballot in two days, the family had decided to send a delegation to convince my father to vote for Nixon, since they assumed he was planning to vote for Kennedy.

END_OF_DOCUMENT_TOKEN_TO_BE_REPLACED

This is a guest post by Richard Morgan. Two of his goals in life are to love his wife and two kids, and spend time in the Word of God almost every day. He writes at Digging the Word, where his purpose is to encourage his readers to read the Bible daily. You can also contact him on Facebook and Twitter.

I wish that it could be said of me that I have amazing faith, but I doubt that my faith is anything truly amazing. How much faith does it take to believe when everything is going so well? 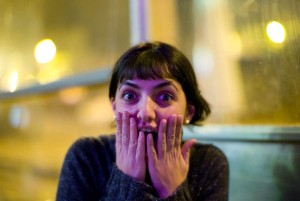 My point is that few of us are ever pushed to the limits so that we have to exercise our faith.

A muscle man can sit in the gym constantly talking about how strong he is but you will never know unless you actually see him working out. It is easy for us to talk about how much faith we have but until the difficulties of life  require us to flex our faith muscles, it is impossible to know how great is our faith.

END_OF_DOCUMENT_TOKEN_TO_BE_REPLACED

This is a guest post by Joey Espinosa. He and his family live in Allendale, SC, one of the most impoverished areas in the country. A former chemist-turned-pastor, he and his wife now work with at-risk children and families. You can read about their experiences at Mission: Allendale and can follow him on Twitter @EspinosaJoey. 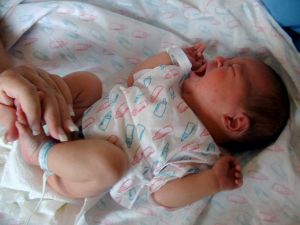 It’s been said that the only people that like change are babies with dirty diapers. I get that. I loathe change. I love the feeling of security I get from sameness, like the blankie I carried everywhere when I was 4 years old.

In itself, there is nothing wrong with consistency and sameness. But for me (and maybe for you, too) the sin comes when I make an idol out of that consistency. I would rather “safely” keep things as is, instead of trusting God through the transition.

Maybe that’s why God continues to bring about changes in our lives, to give us more opportunities to trust Him, or at least to reveal our hearts that refuse to do so.

There are four ways that I see God bringing about newness in my life, and perhaps you are experiencing changes in these areas too:

Before I can see change in any other aspect of my life, I need to be focused on the change that Christ wants to do in my life. My job is not to seek change, and is not to “do better,” but to seek God. As I draw near to God, He will draw near to me (James 4:8) and change me (2 Corinthians 3:18). God does the changing, and I need to actively live it out.

Brokenness is rampant among families in this country and in the world. Divorce, infidelity, child abuse,  neglect — it is obvious that we have strayed far from God’s ideal plan for family. Marriage was God’s first institution (Genesis 2:24), and the image of what the relationship should look like between Jesus and the church (Ephesians 5:22-33), and yet we have utterly corrupted it.

END_OF_DOCUMENT_TOKEN_TO_BE_REPLACED

Philip Wood is an Anabaptist, Mennonite, coffeeholic, writer, and ornithologist. He is also a candidate for the world’s most impractical man. He describes himself as a bear of little technical brain and unlikely to produce a useful pot. However, he might occasionally come up with a good idea. He also believes trees should count as facebook friends.

You can learn more about him at his blog: RadRef. 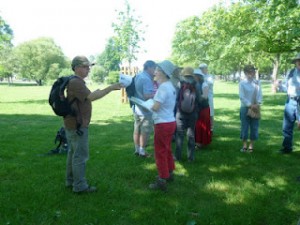 I’m writing from the UK. London to be precise.

Since the Autumn of 2011 our church has had our boots on the ground.  Walking Church is  a fresh expression of church. We don’t meet in a building or sit in pews. We meet at a particular location, and then walk to another location, while building friendships and discussing life. They also sing songs and pray along the way.

It isn’t intended to be simply a church walking group but a kind of exploration where the essentials of church take place on the journey.  Every time we walk there is something more to be learned.

I reflect on what our walking says about discipleship and the joys of living life at 3 mph. Life in the slow lane is appealing but we struggle with the pace of Walking Church.  We are busy people. It takes an effort to relocate a substantial group of walkers to the far side of London.

Our small church is delighted though rather overwhelmed by a torrent of interest from around the world, including a recent piece in the Mennonite World Review.  Our church is moving toward the long term development of how to be a Walking Church, but there is always a danger of running before we can walk.

The Walking People of God

The people of God are fundamentally a walking movement. At the very beginning of the story – before Cain discovered the fast lane – is a memory of the Lord God walking in the garden in the cool of the evening. Abraham came walking out of Ur. When Lot traded wandering around Canaan with his tents for some tempting  urban real estate the outcome was not good.