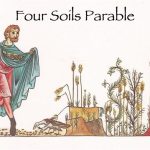 What is the meaning of the Parable of the Four Soils in Matthew 13:1-23, and why did speak in Parables? These are the main questions we answer in this podcast study.

But before we address these questions, we first consider the following two topics:

In the letter from a reader, she writes about a study on Acts and my series on Calvinism. Here they are:

The Parable of the Four Soils Explained

Here are some studies you may want to also consider:

Here is a transcript of what I taught today (This is an excerpt from my Gospel Dictionary lesson on the Kingdom of God): 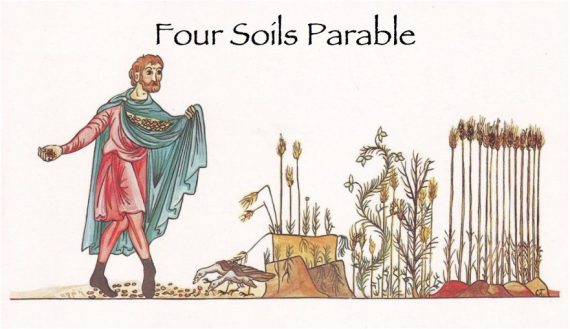 Matthew 13 begins with the Parable of the Sower (Matthew 13:1-23; cf. Luke 8:4-15). This is the introductory, longest, and most important parable of the group. Thankfully, this is also one of the few parables that Jesus explains. In the parable, Jesus talks about a sower who went out to sow seed in a field. The seed fell on four different types of soil, which each soil producing a different amount of harvest (Matthew 13:3-9; Luke 8:4-8).

Before Jesus explains the parable, He first provides an explanation for why He speaks in parables (Matthew 13:10-17; Luke 8:9-10). Despite the claim of many pastors, Jesus did not tell stories in parable form to help illustrate or make His teachings more clear. According to Jesus, He told parables so that most of His listening audience would not understand what He was saying (Matthew 13:13-15).

Why would Jesus do this?

Because some of His teaching was only intended for His disciples, and He only wanted those who were truly His disciples to hear and understand what He was saying. Some teaching can be dangerous if a person is not yet ready or willing to hear it. Only those who have put into practice what they have already learned are ready to receive more revelation from Jesus (cf. Luke 8:16-18).

Furthermore, Jesus was always and only interested in making disciples. He spoke with confusing parables so that He would be given an opportunity to better disciple those who came to Him for an explanation. So if you are ever confused by the parables of Jesus, good! You are on the right track. But stop with being confused. Instead, go to Jesus and ask Him to teach and instruct you about what the parables mean. This discipleship method of Jesus is one of the first ways the kingdom of God takes root in our hearts and minds.

The Meaning of the Parable of the Four Soils

Following this brief explanation of why He speaks in parables, Jesus then explains the meaning of the Parable of the Four Soils (Matthew 13:18-23; Luke 8:11-15). He says that there are four basic responses to the truths of the kingdom. 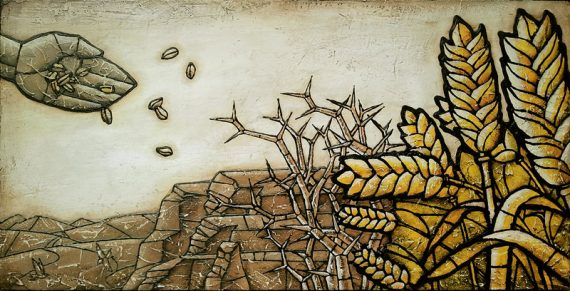 Some hear and understand it, and are initially filled with joy, but troubles and trials of this world cause them to turn away and forget what they learned (Matthew 13:2-21).

A third group also responds with joy, and even begins to make changes and progress in their lives based on what they heard, but the cares and pleasures of this world lure them away from the truths of the kingdom and they leave it behind (Matthew 13:22).

The fourth and final group hear the truths, respond to them, and continue in them, resulting in a great harvest (Matthew 13:23).

When people confuse the fact that the kingdom of heaven is not the same thing as going to heaven, they use this parable to teach some terrible (and false) ideas about the gospel. Many pastors and teachers who have made this mistake, use the Parable of the Four Soils to say that anyone who is not part of the fourth soil does not really have eternal life and will not spend eternity with God. This is a tragic mistake, and has caused great harm to many in the kingdom of God. 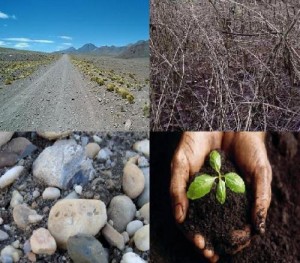 Indeed, it could be argued that those who teach such things belong in the first soil, for they have not even understood some of the most basic and introductory truths of the kingdom, which is that eternal life is freely and permanently given to anyone who simply believes in Jesus for it. This is one of the most joyful truths of the gospel!

What kind of soil is in your life?

And it is not an all-or-nothing categorization. Since there are nearly innumerable truths of the kingdom, it is entirely possible for a single person to accept some of the truths but not others. A single person might be a fourth soil in regard to some kingdom truths, but a first soil in regard to others. Each of our lives is a field, and some aspects of our thinking and theology are fertile soil, ready to produce a great harvest.

But other aspects of our lives are wayside soil, which have become hardened to the truths of God. Other areas of our life are somewhere in-between these two extremes. The goal of following Jesus is to till and tend the hard, rocky, and thorny soils so that more and more of our life becomes verdant and ready to produce a great harvest for the kingdom of God.

This truth from the Parable of the Four Soils lays the foundation for the other truths of the kingdom that follow.

With each truth that Jesus presents, the question for the listener is this: Which of the four soils will you be in regard to this truth?