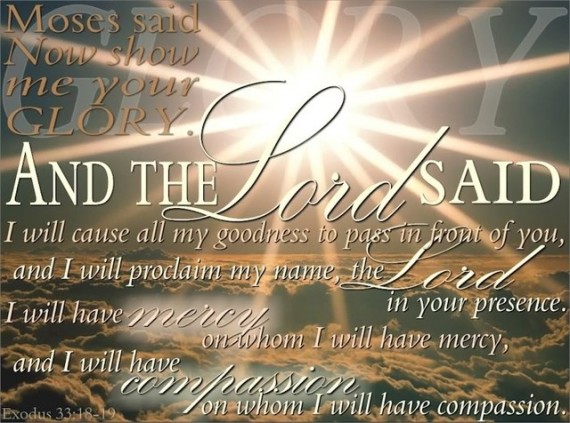 When discussing Calvinism with Calvinists, there are two texts that are almost always brought up in defense of God’s right to do anything He wants with people, even if it means deciding from all eternity to send billions of them to everlasting punishment in hell. These texts are Exodus 33:19 and Romans 9:20. Romans 9:20 will be considered in more detail when we look at Romans 9:10-24, but both texts are quoted here:

But indeed, O man, who are you to reply against God? Will the thing formed say to him who formed it, “Why have you made me like this?” (Romans 9:20).

When quoted in the course of a discussion about Calvinism, these texts are intended to silence all opposition. Calvinists believe that their understanding of the biblical text is the only proper understanding, and if people disagree, it is because they don’t want to submit to God’s revelation of Himself in Scripture.

In other words, God has the right to do whatever He wants, and if He wants to elect some to eternal life while condemning others to eternal damnation, who are we to talk back to God?

The Calvinist is right: God is God and He can do what He likes. If God is as the Calvinist insists, then they are right: we mere humans cannot question God’s judgment or challenge His choices from eternity past to choose some for redemption and others for reprobation. For as God says in Exodus 33:19, He will be gracious to whomever He desires, and will show compassion to whomever He wants. And if this is the way God is, then, as Romans 9:20 says, who are we to argue?

The problem, of course, is that when non-Calvinists disagree with Calvinism, they are not arguing against God; they are arguing against the Calvinistic understanding of God. The two are very different.

No person (or system of theology) is 100% correct in their thinking about God or in their grasp of all the Bible teaches about God.

Like the Calvinist, the non-Calvinist also believes that his or her understanding of God is accurately derived from Scripture and what God has revealed about Himself on its pages and through Jesus Christ.

Therefore, the non-Calvinist has just as much right to say “Who are you, O man, to argue against God?” as does the Calvinist. And how much right is that? None at all.

In such a debate, it is unhelpful for one side to claim that the other side doesn’t believe the Bible.

So what then is God saying about Himself in Exodus 33:19?

First, it is important to note that in the surrounding context, there is nothing anywhere about some sovereign decree of God regarding whom He has chosen from eternity past to redeem and reconcile to Himself in eternity future. People’s eternal destinies are not the subject of God’s statement in Exodus 33:19.

In the context, God has become frustrated with the sinful and rebellious ways of His people, Israel. While Moses is on Mount Sinai with God, the people have made for themselves a golden calf to worship (Exodus 32:1-6). This event sets off a minor debate between God and Moses about what God should do to the people of Israel in response to their idolatry.

Initially, God proposes that He will destroy all the people of Israel and start over with Moses (Exodus 32:9-10). But Moses disagrees and tells God that such an action will bring shame upon God’s name (Exodus 32:11-13). God agrees with what Moses says, and decides to not destroy the Israelites (Exodus 32:14).

Following this exchange, Moses returns the people of Israel, and rebukes them for their behavior (Exodus 32:15-29). They repent, and so Moses returns to speak with God and plead with Him to forgive the people (Exodus 32:30-32). God says He will forgive them, but that He will not go with them to the Promised Land because His holiness would consume them in their sin (Exodus 32:33–33:6). 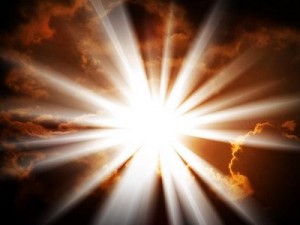 In response, Moses asks to see the glory of God, and when God’s glory passes in front of Moses, it is then that Moses hears God’s statement that He will be gracious to whom He wants and will show compassion upon whom He desires (Exodus 33:18-19).

It is extremely ironic that a verse which Calvinists use to tell people not to disagree with God is found in a context in which Moses is doing exactly that.

Furthermore, Moses is praised and blessed for doing so! Far from being a text which tells people not to talk back to God, Exodus 33:19 is a text which invites people to enter into genuine dialogue with God about His character, actions, and behavior.

Yes, God exerts His right to be gracious and compassionate to whom He wants, but He is not talking about determining people’s eternal destinies; He is talking His right to bestow blessings and favor upon certain people for certain reasons. In this case, God decided, as a result of His friendship with Moses, to bless Moses with a special revelation of Himself.

The whole context of these words, then, is not one of some despotic puppeteer, who predetermines everything and applies “might is right” principles. It is of a loving personal God, interacting with and answering the prayer of a person in faith-relationship with him, but reminding the person that God knows best how and to whom to distribute blessing (Marston and Forster, God’s Strategy in Human History, 60).

God is not a God who wants to rule with an iron fist and quell all dissent so that His people are mindless drones who do whatever He wants out of fear for the repercussions if they don’t.

Yes, God wants obedience, but He also loves it when His people engage Him in reasonable discussion and dialogue about His actions and decisions. Moses did this with God, and far from proving that Moses was a rebellious idolater who didn’t want God to be God, such intimate dialogue with God made Moses more of a friend to God.

So, far from being a God who does not want to dialogue with us about His plans and purposes, God is a God who loves to reason with us, debate with us, and even “argue” with us about how He is running the world and what decisions He is making. Exodus 33:19 does not teach us that we should not question God’s actions because “God is God and He can do what He wants.”

Far from it! Exodus 33:19 teaches exactly the opposite. It is stated at the end of a very long debate between God and Moses about God’s plans for the people of Israel. At the end of this discussion, God shows Moses that He has no desire to kill and destroy His people, for His character is centered on mercy and compassion.