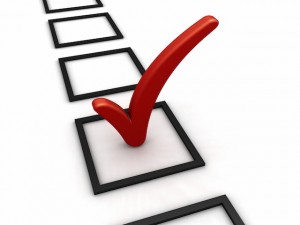 I was going to continue my series on the Violence of God anyway… mainly because I need to study it for myself, and writing is one way I force myself to study.

But you may remember that a few weeks ago I ran a survey about whether you wanted me to continue writing about it on my blog or not. The survey was overwhelmingly positive. Here are the survey results:

While I am going to continue to study and write on this topic for my own sake, is this study on the violence of God in the Old Testament something you want me to keep publishing?

These recent posts have received hardly any interaction (which is fine … I don’t write posts just to get lots of comments) and I am trying to figure out why. If you like the posts on this topic but don’t comment on them, please share a reason why:

51% – I just don’t have anything to add. Keep writing though!

0% – I think you are way off base in your views on this, but don’t want to say so in the comments.

0% – I don’t really understand what you are writing about, so couldn’t leave a meaningful comment.

25% – I don’t know what to think about your view, and am waiting to learn more before I start leaving comments.

Here are some of the reasons people left for the “Other” category. I hope you don’t mind if I share them:

Jeremy, Thank you so much for all the posts .You are a great writer. You are open and direct in any topic you write. I have just read a few. Give me some more time to interact.

I’m keeping busy with my own projects at the moment. I’m enjoying reading your thoughts, but I just don’t have the extra time to hash them out with you right now. I’ll try to weigh in as I have time.

I only add when I have questions or when I think I have something to add to the conversation going on. If not I just read and enjoy. Sometimes I need to understand better what you mean by reading more posts.

actually I almost feel a little bit of a hit with each of your questions…..there are back posts on this I am still reviewing…..your thoughts are interesting but have caused some confusion as well…I want to give a fair hearing as I have been checking your blog for a few months now and read your books….

There is more to learn about God every day in ways you never suspect will happen. I always find out something new from your blog.I have found in my life (72 years) that most people will not comment on things they find is too hard to do. God be with you in all things you do and say.

This is a very difficult subject for many people. I think it is too early to form a cogent opinion. Keep on going.

You laid out wayyyy too much stuff to wade through to be able to intelligently interact. I think your basic premise is “Just as Jesus took sin upon Himself on the cross so that He might rescue and deliver all mankind from sin, so also God took violence upon Himself in the Old Testament so that He might rescue and deliver all mankind from violence.” which flows from your thought that Jesus is not violent while the God of the OT is violent. I don’t think your starting point is accurate. I don’t know that it’s possible to interact with you to sort that out. though. Commenting on your posts doesn’t seem fruitful. It looks like you just need to run through the process of sorting it out.

This a subject that has troubled me for sometime. I have basically given up trying to figure it but I am interested in reading your thoughts concerning it.

Please keep writing on this subject. I have not found a satisfying answer yet.

I love them! I also just found your blog a couple days ago, which I wholeheartedly feel is a God thing because I have been struggling with this issue but had no answers. I feel like I am learning so much but I probably won’t post often because I feel way inferior in my knowledge. Please keep posting!

I think you should write about whatever the Spirit moves you to write about. I think you’re somewhat off base because of your basic assumptions of infallibility and inspiration-as-dictation, but I want to finish reading it all before I comment further.

A couple weeks ago I ran a survey on what my readers thought about sinful employment for Christians. The results are below.

The first survey was about what forms of employment would be sinful for a Christian. I received well over 100 responses to this survey, but the survey company I used only allows me to see the first 100 responses for free. I didn’t want to pay to see the rest. I have made the result public, and you can go see them yourself here: Sinful Employment for Christians

Here are the questions and their responses:

One of the drawbacks to that “free” version of the survey site I used is that they only allowed 10 questions. When I initially wrote this survey, I had about 20 questions, and also had room for people to leave feedback and explanations for why they answered as they did. On the one hand, I am glad that I was limited to only 10 questions, because it made the survey easier to complete, but on the other hand, I am super curious to know why people answered the way they did. Thankfully, some people left comments on the original post which helped explain their answers. If you took the survey and want to add further explanation in the comment section below, feel free! 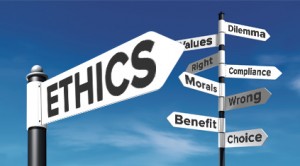 Also, some people pointed out that the questions were not well asked. Very true. For example, rather than ask, “Is it wrong for Christians…” I should have asked “Would it be wrong for you…” Though many Christians try to state universal rules for all Christians everywhere about these sorts of topics, many Christians realize that what is wrong for one Christian may be perfectly okay for someone else.

As you look over the results above, are there any surprises for you? What are they?

I think what would be most interesting is if we could have First Century Christians take this same survey. From my own reading of what early Christians believed, I think most of them would have said it would be wrong for a Christian to serve in the military and in the banking industry. Also, many of the biblical prophets come down pretty hard on greed and gluttony, and even Paul has some harsh words for those who overeat (1 Cor 11). Yet our society sees nothing wrong with these sorts of things. I am not saying we are wrong… We live in different times in a culture with different values.

I personally work in a job that many people would find quite compromising. I regularly have discussions with Christians who think that I am sinning by working where I work. Early Christians might agree. Some days, I agree too!

Yet I think that part of following Jesus in this world means taking the light of the Gospel to places that otherwise might have no Christian witness at all. If we are not lights in the darkness, there would be only darkness. As I have written elsewhere, when we seek to follow Jesus, we must not be surprised when we follow Him to the gates of hell.

Besides, if we tried to have a place of employment that was completely free of all sin, we would not be able to work anywhere! All businesses, companies, and organizations (even churches) have sinful habits and behaviors which compromise various aspects of Christian values and ethics. Thankfully, the grace and forgiveness of God is without limit!

What type of work is too sinful for a Christian? Where do you draw the line on sinful employment?

Take this quick survey and use the share buttons at the bottom of the post to invite your friends to take the survey too. I will share the results of this survey in a later post. Thanks!