The solution I proposed yesterday (and last year) about how to understand the violence of God in the Old Testament is based on the two theological convictions, the two ways of reading Scripture, and the two key passages which were discussed in earlier posts (see the link list at the bottom of this post).

The Telos of the Bible 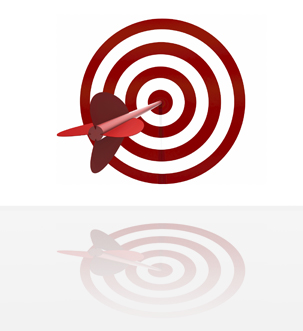 In the New Testament, the Greek word telos is often translated “end,” but it could also be translated as “goal, purpose, or culmination.” So while the word can refer to the end of something chronologically, as in “then the end will come” (e.g., Matt 24:6, 14), it can also refer to the goal, purpose, or outcome of a series of events (cf. Rom 6:21-22).

The Telos of Jesus

With this in mind, there is one use of the word telos which I want to emphasize. It is found in Luke 22:37. Jesus is preparing His disciples for His crucifixion and His eventual departure from them, and says that the reason is because “this which is written about Me must still be accomplished in Me: ‘And He was numbered with the transgressors.’ For the things concerning Me have an end.” The word “end” Jesus uses there is telos. 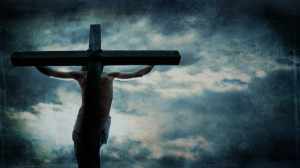 This does not mean that Jesus was going to sin or become a sinner, but that it was necessary for Him to identify with us in our sin. His goal was to be counted among the lawless, the godless, and the transgressors. One translation of Luke 22:37 even states that Jesus’ goal was “let himself be taken for a criminal” (JB).

Because Jesus is the ultimate and complete revelation of God, and this is what God has been doing from the very beginning.

By counting Himself among the transgressors, Jesus reveals to us once and for all what God has been doing all along. Jesus is not guilty, but to the outside observer, He looked guilty. To those who did not know better, as Jesus hung on the cross, He  looked like a traitor, a thief, a common criminal dying on a cross.

So also with God.

Why would God do this? For the same reasons Jesus did: to free us from sin, death, and the devil. To destroy the destroyer’s work. To liberate us from bondage and decay. To reconcile us to Himself. To redeem a fallen world. To take the blame for that which would otherwise have sent humanity into an ever-increasing spiral of destructive violence.