You are here: Home / The Death of Jesus in the Tenth Plague

If you haven’t read the previous two posts on the tenth plague, you might want to go do that now. It will help this post make more sense.

In light of the idea that God did not kill the firstborn sons of Egypt, why then does the Bible say that it is God who would destroy them (Exodus 11:1, 4-5; 12:12)? This is a perfect example of a place in Scripture where God takes responsibility for a terrible event which occurred on His watch. 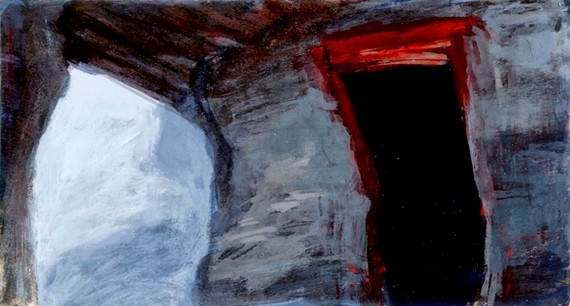 God didn’t participate in the destructiveness of the event, but due to the rebellion of the Egyptians and the destruction they had invited upon themselves, God was not able to fully prevent the destruction that came, and so took measures to rescue and deliver those He could. As for the rest of the event, God allows Himself to take the blame for the death of the firstborn because this disaster happened on His watch and so He bears responsibility for it.

There are two pieces of evidence later in Scripture which reveal to us that this is the way the tenth plague should be understood.

The Destroyer Killed the Firstborn Sons of Egypt 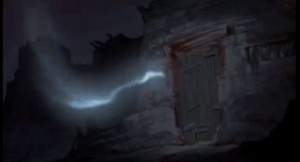 The first is what the writer of the book of Hebrews says about this event in Hebrews 11:28. In that text, the author clearly hesitates from saying that it was God who killed the firstborn sons of Egypt and writes instead about “he who destroyed the firstborn.” The author of Hebrews seems to be saying that it was the destroyer who destroyed the firstborn sons of Egypt, and it was God who kept the destroyer from touching the sons of those families who had the blood of the lamb on their doorpost.

It is this blood of the lamb which gives us the second way to read about the tenth plague in a new light.

Nearly all Christians know that the blood of the lamb is later used to symbolize the sacrificial death of Jesus on the cross for us. In the last supper, which was a Passover meal, Jesus talked about His blood being poured out for us (Luke 22:20). The book of Revelation portrays Jesus as the lamb who was slain since the foundation of the world (Rev 5:6).

So if these sorts of texts guide our understanding of the tenth plague, we must not look to the death and destruction of the firstborn sons of Egypt as a proper indication of God’s activity in this event, but rather, we must look to the blood of the lamb. The lamb slain for protection, deliverance, and redemption is where we see Jesus in the events of the first Passover.

And in fact, the symbolism could not be more clear when we remember that the Israelites would have understood the death of the firstborn sons of Egypt as proper revenge for the death of their own sons at the hands of the Egyptians 80 years earlier. When we remember this, and read about the crucifixion of Jesus in light of the first Passover, the contrast between the God who delivers and the destroyer who kills could not be more clear.

For example, when Moses was born, all the sons of Israel were killed by Pharaoh’s army. So, when Moses comes into prophetic power over Egypt, God is shown to be exacting revenge against Egypt by putting to death all the firstborn sons of Egypt.

When Jesus is born, something similar happens. Herod commands that all the boys two years old and younger in the region of Bethlehem be put to death. If one is thinking that Jesus is fulfilling Moses and following in the footsteps of Israel (as the opening chapters of the Gospel of Matthew indicate), we would expect that Jesus, once He enters into His prophetic power over the Roman Empire, does something similar as what was done in the tenth plague. We would expect Jesus to put to death all the firstborn sons of the Romans. But Jesus does the exact opposite. 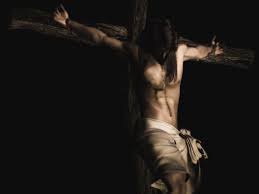 Rather than kill the firstborn sons of His enemies, Jesus, the only begotten Son of God, lets Himself be killed by His enemies.

Rather than exact revenge upon His enemies for what they had done 33 years earlier, Jesus allows the crime to be repeated again upon Himself. He does not put His enemies to death, but dies in the place of His enemies.

Rather than take steps to protect Himself from the angel of death, He goes willingly to the slaughter so that His blood can protect His enemies.

God is not a baby-killing deity, who seeks to exact revenge on His enemies for a crime many decades old, but is a self-sacrificial, enemy-loving God, who would rather die for His enemies than see His enemies die.

So when we read about the tenth plague in light of Jesus on the cross, we can see that God is not to be found in the destroying angel who slaughters babies out of revenge or because of the sins of a proud and self-righteous ruler. 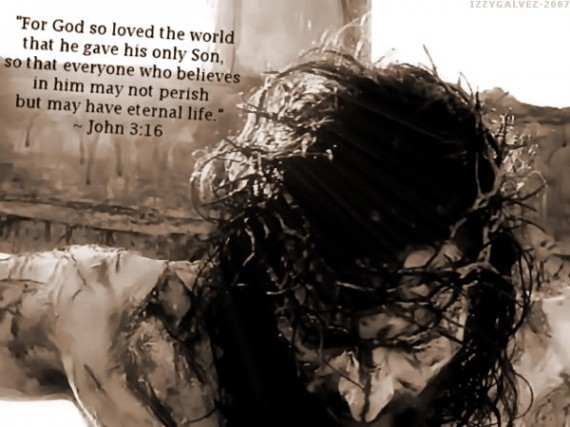 Instead, God is to be found in the self-sacrificial death of a lamb, who pours out His blood for others, so that death and destruction, when it comes, passes over the house and cannot touch those who live within. When Jesus reveals the God of the tenth plague to us, it is not a God of death, fear, and destruction, but a God of deliverance, hope, protection, and redemption.