You are here: Home / Did Jesus Teach Social Justice? 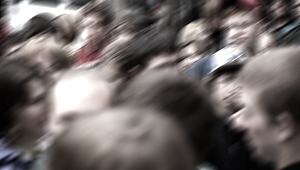 Social justice has been a controversial topic in Christian circles for several decades. Part of the controversy is whether or not Jesus taught His followers to practice social justice.

1. The Gospel Leads to Social Justice

First, some Christians say that social justice is a perversion of the Gospel, and that rather than seek to engage in social justice issues, we should instead just preach the Gospel. They say that no amount of helping people will transform society and bring justice to the world, unless it is first founded upon Jesus Christ.

People’s lives cannot be truly transformed, they say, until they submit their lives to Jesus Christ, and adopt the values of the Kingdom of God.

Furthermore, these churches argue that we should not be wasting our time on social justice issues until people have heard and accept the Gospel. “What good is it,” you might hear them say, “if a person has a full belly but is still headed for hell? People still go to hell whether they are well-fed or not.”

2. Social Justice is at the Center of the Gospel

On the other side of the social justice debate are those who argue that social justice issues are at the center of the Gospel, and that as we look at the life and ministry of Jesus, we see Him engaged in social justice actions at every turn. He feeds the hungry. He defends the oppressed. He stands up for women’s rights. He loves the outcast, the despised, the rejected, and the sinner, and calls on the rich and powerful to give their money to the poor and take of the needs of the helpless.

While this second group usually agrees that feeding the poor and defending the powerless will not “get them to heaven” they argue that getting people to heaven is not the only goal of the Gospel. You will often hear them say, “People don’t care what you know until they know that you care,” and “The way to a person’s heart is through their stomach.”

Where do I stand on these issues?

So my view is that we should stop talking and arguing about “social justice” and instead, just try to follow the example of Jesus. 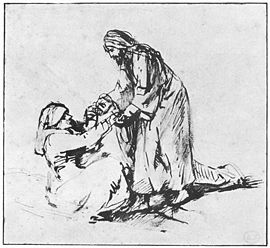 A full explanation would take a full book, but let me see if I can summarize three of the highlights: 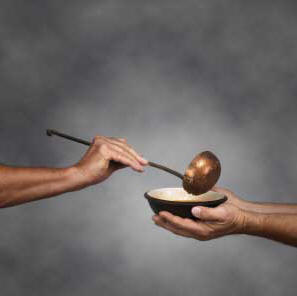 So when it comes to Jesus and His Gospel message, I don’t think He would side with either of the two main groups in the social justice debate.

But on the other hand, Jesus was not a proponent of trying to legislate morality, of trying to get people to do what is right through higher taxation and passing laws. Jesus did not put much faith in human government to fix what was wrong with the world. Fixing the world, helping the poor, and defending the oppressed was His job, and the job He passed on to those who follow Him.

And fixing what is wrong with the world means looking not just at people’s spiritual needs, but also their mental, emotional, psychological, and physical needs as well.

The Gospel of Jesus Christ is a full-orbed Gospel which addresses all of humanity’s needs, and which He wants the church to spread throughout the world, and on their own initiative, not through taxation or legislation from the government. A church which calls on the government to take care of the needy in our community has surrendered–not to Jesus–but to the state. Helping the needy in our community is the job of the church; not the state.

Of course, as long as we spend all our money on lavish buildings, state-of-the-art soundboards, pastoral salaries, and excessive programming, we will have no choice but to ask the government to do what Jesus has called us to do all along.

This post was written as part of the October Synchroblog, where different bloggers around the world were invited to write about the topic of the social justice in today’s world. Here is a list of other contributors: