You are here: Home / Redeeming Theology / How I Evangelize 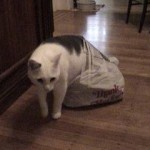 OK, the cat is out of the bag (I guess it was never in the bag)…The article I referred to in the previous post about the Crossless Gospel is indeed the one by Tom Stegall. But I am also now including Rokser’s “Two Clarifications” from the most recent issue of the “Grace Family Journal.”

It appears from Comments to my previous post that although Stegall is accusing various Free Grace writers and speakers of having a “Crossless Gospel,” what he really means is that we have “Crossless evangelism.” I see these two things as distinctly different since nobody ever shares the entire New Testament gospel when they evangelize. So the issue isn’t whether the cross is part of the gospel or not. Of course the cross is part of the gospel.

Instead, the issue seems to be, “Does a person need to believe in the death and resurrection of Jesus Christ to receive eternal life?”

So to help clarify the debate, I thought it might help to share what I try to do when I evangelize…after all, this is what it is all about, right? Please note that I don’t exactly know what the evangelistic method is of Zane Hodges, Antonio DaRosa, or any of the other Free Grace people accused of teaching a “crossless gospel.” I do, however, know that the evangelistic practice I describe below closely resembles what Bob Wilkin does. I know this, becuase I work with him, and we have talked a lot about it. Even still, I am not speaking for him, but for myself alone.

But before I get to my practice, it is probably best to begin with what Stegall says a person must believe to receive eternal life. If I remember correctly, Stegall has five things he says must be believed if a person is to be born again. These five things were not listed in his article, but I think I heard him list them in a talk he gave at the Annual Fall Conference at Duluth Bible Church. (So my memory may be wrong on these five…).

He says that for a person to be born again, they have to believe in:

Technically, this is more than five, but I’m not going to quibble over that.

My question for Stegall is: “Why these five?”

Personally, I believe that the virgin birth, the sinlessness of Jesus, and the Trinity are all essential to the gospel, as well as numerous other truths. But do I expect a person to know and believe all of this in order to become a Christian? No. So I don’t have a “crossless gospel.” I have a gospel that includes all five elements Stegall includes, plus a bunch of other Scriptural truths that Stegall does not.

So the real issue is, “What do I share when I evangelize?” Right? Though not directly stated, it seems this is what people want to know. Here is how I evangelize.

So, when I evangelize, I always begin with the gospel invitation and tell them that if they believe in Jesus, He guarantees them eternal life.

Then, I allow the convicting and drawing work of the Holy Spirit upon that person and their natural, logical questions to lead me into what other information about the gospel I might share. Most people, I find, already know and believe that Jesus was God, that He died on the cross for their sins, and that He rose again from the dead. Even most unbelievers believe this.

So generally, the conversation centers around how Jesus can guarantee eternal life to those who believe or how it can be only faith without works, or why a good person cannot get into heaven. This is when we get to Stegall’s five truths plus any of the other gospel truths that will convince the person to believe in Jesus for everlasting life.

One time, I actually talked to a person in the United States who didn’t know who Jesus was. I was pretty amazed that they had never heard of Jesus, but went on to explain to them that He was God, who came to earth 2000 years ago, and lived a sinless life, yet died a painful death on a cross for the sins of the whole world. His resurrection three days later proved that His death was acceptable to God as the payment for our sin. We were able to have a long and lively discussion about the gospel and the offer of eternal life. The conversation naturally led to all of Stegall’s five points, plus several others. But even if the conversation is short, I have still expressed the bottom line gospel invitation.

This, it seems, is the most natural and biblical way to evangelize. It’s what Jesus did. It’s what Paul and Peter did. I’m not trying to run through a checklist of ideas, which have no basis anywhere in Scripture, or in actual practice. I can’t find any place in Scripture where a person shares all five of Stegall’s points when evangelizing or defining the basics of the gospel. Even 1 Corinthians 15 and Romans 10 don’t include all five of these truths. And when compared, those two passages don’t even include the same gospel truths. The truth is, I can’t find one Scriptural passage that includes all five of Stegall’s truths. He has to pick and choose from various passages to get his essential gospel truths, and these five seem pretty arbitrary.

He may accuse me of having a crossless gospel (which I don’t), but I can accuse him of having a cherry-picked gospel.

When I evangelize, I share anything and everything I can in the time I have that I think will get the person to the point where they become persuaded that simply by faith alone in Jesus they have everlasting life.

Once, when I was a pastor in Montana, I was outside by my woodpile (we use wood to heat our houses in Montana) talking with a man about all of this, and he wasn’t persuaded. He said, “I just don’t know if all of this is true. If it is true, I wish God would just hit me over the head with a 2×4. Then I would believe it.”

I almost reached out and grabbed a 2×4 and whacked him on the head with it! If he said “Why did you do that?” I could have responded, “God told me to, and He wants to know if you’ll believe in Jesus for everlasting life now.” If I had done that, I would have called it the “2×4 gospel,” because not only did I share with him about his sin, the deity, death, and resurrection of Jesus Christ, I also got a 2×4 in there…all in an effort to get him to believe in Jesus for everlasting life.