You are here: Home / Redeeming Theology / Is Jonah Saved? 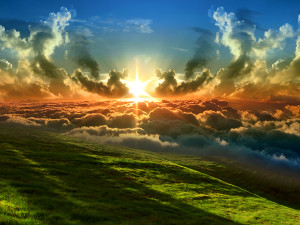 Do you expect to see Jonah in heaven?

Of course you do.

I have never heard anyone suggest that Jonah might not be regenerate. Yet there are large swaths of Christians today who believe that if a person commits grievous sin, such as adultery, murder, suicide, or lives in a state of rebellion against God, then that person either loses their salvation or proves they were never saved in the first place.

The Sins of Jonah

Jonah committed many of the worst sins.

First, he committed one of the worst possible sins in his day, that of refusing to defend God’s honor. Suicide and murder were more honorable than this!

But Jonah does it blatantly, and even when he is forced to obey, he does it grudgingly, and never asks for forgiveness, never really repents, and is angry at God until the very end of the book. This does not sound like the way a child of God should act!

Furthermore, in the process of rebelling against God, Jonah attempts suicide. He boards a ship which he know is doomed by God and goes down into the deepest part of the ship and falls asleep, waiting for death to come upon him. Numerous elements in the story of Jonah (including his own words in chapter 4) indicate that Jonah wants to die. Sure, he doesn’t actually go through with this death wish, but he does have suicidal tendencies.

But beyond even this, while he is seeking his own death, he doesn’t seem to care that a boatload (literally) of sailors may die with him, or that because of his disobedience, a city full of people may die. To the contrary, Jonah seems to want them all to die. He has murderous intent in his heart!

In the midst of this all, Jonah teaches some heresy to the sailors about God, namely, that God is a sea-god who is appeased by human sacrifice, and Jonah gets them to participate in his scheme to get himself killed. When the sailors throw him overboard, they think they are killing Jonah. From their perspective, they are murdering someone, all at the request of Jonah, and because Jonah’s God demands it.

If there is one person who should have lost his salvation or proved he never had it in the first place, it is Jonah.

But I believe that Jonah is already with God, and will spend eternity with God.

Because of one of the key truths in the book: God is gracious and merciful, slow to anger and abounding in love (4:2). God graciously loves and forgives all the people in the entire world, and accepts every person into His family who believes in Jesus for eternal life (John 3:16; 5:24; 6:47).

While horrid beliefs and behavior have significant temporal and eternal consequences, final and ultimate condemnation from God is not one of those consequences.