You are here: Home / Redeeming Books / Suicide is not the unforgivable Sin 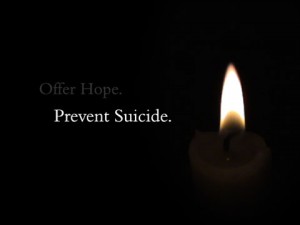 In a previous post, I wrote that suicide is not the unforgivable sin.

In the past when I have taught this in various churches and conferences, I have been warned afterwards that I should not teach such things. Why not? Because even if it is true, I am told, such a teaching will encourage people to commit suicide.

Apparently, some people fear that if we teach that people can go to heaven even if they commit suicide, those who are thinking about suicide will be more likely to go through with it. It is better, they say, to teach that suicide is unforgivable because this idea will hopefully keep people from committing suicide.

We should never use a lie to encourage people to do what is right.

Nor should we use fear as a basis for obedience.

If God is any guide, truth and love always provide the best motivations for obedience.

The truth, if properly taught with love, encourages right living and behavior. This also goes for the truth that suicide is forgivable.

When a person is contemplating suicide, there are numerous things going on in their minds and lives which lead them to think that taking their life is the best solution to their problems.

They may be dealing with deep depression, or feeling that nobody loves them, or that their best years in life are behind them, or that every day is worse than the one before and it would be better to just end it all right now before things get even worse.

I have dealt with suicidal depression in the past, and these are some of the things I thought and felt.

One thing that helps people overcome suicidal depression and anxiety is the knowledge that they are loved, needed, and wanted. People struggling with suicidal thoughts need to know that there is hope for their future, that life will get better and is worth living.

While there are numerous possible sources for such love and hope, the greatest source of all is God.

God loves us more than we can possibly know, and He has plans for our life and our future that are far beyond anything we can ask or imagine. He has a grand purpose for each one of us in life, and this purpose never includes ending our life through suicide. He has a goal and purpose for our lives on earth, and if we commit suicide, we will miss out on fulfilling His perfect plan for us.

This is the truth presented in Scripture, and this is the view of God which will help people work through their depression and anxiety about life without giving in to suicide.

Lies Do Not Prevent Suicide

But when we tell people that God will not forgive them if they commit suicide, we are giving them a terribly dangerous and destructive picture of God.

By teaching people that God does not forgive suicide, we are teaching them that God only loves and forgives them as long as they do not sin. But as soon as they do sin, they must go begging to God for forgiveness, and if they fail to ask for forgiveness, He will send them to hell for eternity.

I submit to you that it is only the first portrayal of God, the God of unconditional love and forgiveness, which helps people through the deep sadness, the great despair, the black hunger, the dark night of the soul, and the feeling that nobody loves, nobody cares, and nobody wants you around.

The second portrayal of god, the god who only loves the obedient and only cares for those who don’t make mistakes, is a petulant god, like a spoiled child who wants everything to go his way all the time, or he won’t play. This is a power-hungry god, who wants to keep people squirming under his ever-watchful eye as he waits for them to mess up so he can pounce on sinners and condemn them to everlasting hell.

This second view of God confirms to people their deepest, darkest suspicion: God hates them.

And if God hates them, it is no wonder that other people hate them also, and they might as well hate themselves.

Do you see how lying about the complete love and forgiveness of God for those who commit suicide does not actually keep people from committing suicide, but will only make them more likely to take their own life?

Give Hope and Love to Prevent Suicide 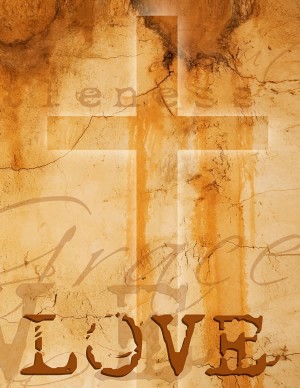 If we really want to help people through suicidal depression, they need to know the truth about God and how much He loves them and forgives them … no matter what.

When people are dealing with deep depression, the anxieties of life, ruined relationships, lost jobs, the death of a child or spouse, or ongoing health problems, the last thing they need is the idea that God hates them.

How much better it is to know that even though they are going through some of the worst things that can be experienced in life, God still loves them, and is still with them, and will continue to be by their side for the rest of their life and for eternity—no matter what?

The view of God as an ever-loving friend who is on your side no matter what does not encourage people to commit suicide, but rather encourages people to have hope for the future and to believe that there is a purpose in life for them.

The knowledge that God forgives suicide does not encourage people to commit suicide, but helps keep them from it.