You are here: Home / Wealth Redistribution 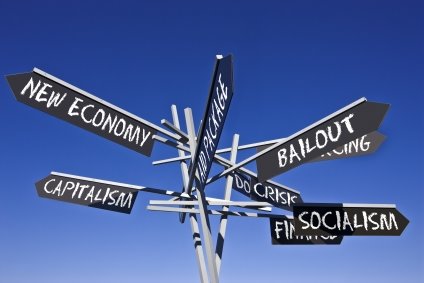 In a previous post we discussed the giving pattern of the early church, it was seen that those who had more sold their possessions, and the money was distributed to those who had less (cf. Acts 2:45-56; 4:32-35; 6:1). This is the true biblical model of “redistributing the wealth.” But notice what is not involved anywhere in this redistribution: the government.

Redistribution of wealth is a wonderful idea, is commended by God, and we find numerous examples of it within the pages of Scripture. But wealth redistribution is not something that can be commanded, required, or legislated. You cannot create laws which are enforced by the government to take money from the rich and give it to the poor. This has never worked in the history of the world, and never will. Why? Because if the rich want to remain rich, then threating to take their riches will only cause them to hide it better, or find other ways to become even more rich than before.

Furthermore, not all the poor deserve the aid that is offered. There are some who could and should be working, but since they are getting free handouts from the government, they refuse to work, or even to look for a job. When the rich see their money going to people who could be providing for themselves but aren’t, they are usually not too happy about the money they give, and they definitely don’t want to give more.

The Problem with Wealth Redistribution

The great problem with governments and economic systems that are built upon the wealthy supporting the poor is that they masquerade as being the biblical model, the form of taking care of the poor that was practiced by Jesus and in the early church. But nothing could be further from the truth.

Communism, som, and every government-run economic plan to redistribute the wealth functions on the principle of taking money from the rich and giving it to the poor. The government often serves as the mediator in this transaction by taxing the rich, and then running the money through a vast array of bureaucracies until eventually, a small portion of what was given finally makes it to the nameless masses of poor people, many of whom do not even need the aid, are taking advantage of the system, or could otherwise work but choose not to. This process is full of waste, fraud, and abuse, and the wealthy feel like the government is stealing from them, and the poor are not helped in the long term, but only become ever more dependent upon the government.

The biblical model, the model practiced by Jesus and by the early church in Acts was very different. There truly was redistribution of wealth, but it did not depend on a government agency to step in and take money from the poor. It did not depend on threats and taxation. The money that was given did not get lost in the leaky accounts and broken cogs of government bureaucracy. The money from the rich did not go to the underserving and the lazy. It actually went to help people who had genuine needs, and it actually helped them rise above their situation so that they no longer needed help, and most amazingly of all, the wealthy never felt cheated, robbed, or taken advantage of.

What was this system of wealth redistribution? It was called generosity. The current governmental systems encourage the poor to say, “What is yours is mine.” But the biblical example taught the rich to say, “What is mine is yours.” The rich were encouraged and challenged to give as much as they could as often as they could to help those less fortunate, or to help those who faced difficult life situations.

There are numerous factors that make some people rich. Sometimes money is inherited, and frequently, becoming wealthy is a matter of luck, and being in the right place at the right time. But it is usually also true that those who are rich have learned to make wise decisions with their money. And they do not appreciate being forced to give their income to people who make poor decisions with money. But many rich people love to use some of their money to help other people, especially when it goes for a good cause, or to help people out of a bad situation, or even to provide life skills and job training that will lift other people out of their current situation.

But this sort of generosity on the part of the rich often requires personal involvement and the development of relationships between the rich and the poor. And since the two groups of people usually live and function in completely different circles, it is difficult to bring the two groups together. But this is one area where churches are unusually effective.

This post is part of the Februrary Synchroblog. A list of the other Synchroblog participants will be provided below: