You are here: Home / Redeeming Theology / Is the World Controlled by the Devil? 1 John 5:19

There are a few verses that are sometimes used to defend the Calvinistic idea of Total Depravity. They seem to say that the world is under the control of Satan. Three of these verses are 1 John 1:8, 10 and 1 John 5:19. Here they are:

We know that we are of God, and the whole world lies under the sway of the wicked one (1 John 5:19). 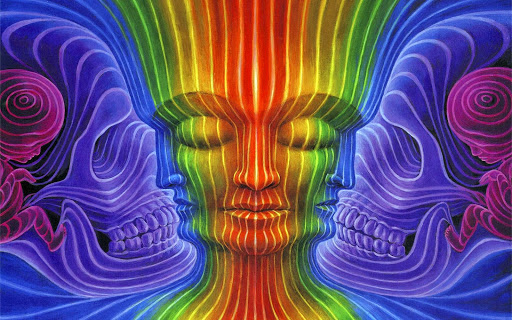 It is obvious that John is not teaching any sort of doctrine of Total Depravity, but is simply saying that everybody sins, and that if anybody claims to be without sin, they are sinning by making such a claim. No non-Calvinist disagrees with this.

Almost all Christians of all types believe that everybody sins. It is a straw-man fallacy and non-sequitur to say that if a person denies the Calvinistic idea of Total Depravity then they don’t believe that all people are sinners.

You can deny Total Depravity and still accept the biblical teaching about the universal sinfulness of humanity.

The third passage quoted above, 1 John 5:19, is sometimes quoted in reference to total inability.

Like 1 Corinthians 2:14 and 2 Corinthians 4:3-4, 1 John 5:19 is used to say that people are under the control of the devil, and therefore, cannot see or understand the truth of the gospel, nor respond to it, for the devil, who controls them, will not allow it. 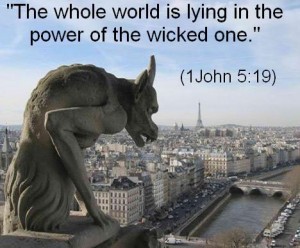 The first thing to note about 1 John 5:19 is that the words “control” or “sway” are not found in the Greek at all. These words are added by the translators in an attempt to make sense of what John writes. The addition of these words is due in large part to a second translation issue in this verse.

The second difficulty with 1 John 5:19 is with the phrase “the wicked one.” Technically, the word “one” in “wicked one” is not there. This is why the King James Version, for example, translates the word as “wickedness” rather than “the wicked one.” The Greek word is a substantival adjective, which means that it is an adjective used in the place of a noun. We do this in English, as with the Clint Eastwood movie, “The Good, the Bad, and the Ugly.”

I am generally uncomfortable in adding words to the biblical text to smooth over translations, and so prefer what is found in the KJV on this text.

John is saying the world lies in wickedness. It is covered in wickedness. This point would be identical to what John wrote earlier in his letter, that everyone is a sinner (1 John 1:8-10). Even if, however, we accept what is found in the majority of other modern translations, and John is understood to be saying that the world lies under the power, control, or sway of the wicked one, this verse still does not teach total inability for at least two reasons.

1 John 5:19 Does not teach Total Inability

First, since the words “power,” “control,” or “sway” are not found in the text, the translator is free to add whatever words he wants to help the reader understand what John is saying. 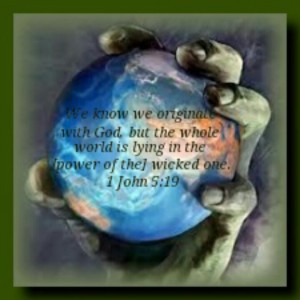 Usually the translator will try to add words that fit best with the overall context of the passage and book, but more often than not, the translator will add words that also fits with their own preconceived theology. This is why the NIV, which is heavily influence by Calvinistic scholars, chose the word “control.” This is the strongest of the possible words that could have been used here, as it implies that Satan is in complete control of this world and therefore, unregenerate unbelievers have no ability to understand, respond, or believe the truth of the gospel of Jesus Christ.

The NKJV, however, uses the much more ambiguous word “sway.” This does not imply complete control, but instead is closer to the idea of “influence” or “guidance.” Obviously, I prefer this sort of idea, for it better matches my theology.

Calvinists may criticize me for choosing a translation of this text which matches my theology, but that is exactly the point. This verse is ambiguous, and all sides of the debate need to understand that we tend to force our theology upon the text to get it to say what we want, rather than allow it to remain ambiguous and move on to other texts which might be more clear.

Nevertheless, there is at least one additional reason from the context of 1 John for why the Calvinistic teaching of total inability cannot be found in 1 John 5:19.

We will look at this verse in more detail when we discuss the Calvinistic idea of Limited Atonement, but for now, it is enough to note that even if the whole world lies under the control of the wicked one, Jesus has done what is necessary to liberate the whole world from the evil one so that they can respond to the gospel and believe in Jesus for eternal life (cf. 1 John 5:7-13).

The entire book of 1 John is engaged in this idea about good and evil, light and darkness, truth and error, and John is intent on showing his readers that based on who God is and what Jesus has done for all people, we can choose to live in love, light, and righteousness, rather than abide in hatred, darkness, and evil. That is how to understand John’s final exhortation of his letter.

John is not making a statement about Total Depravity or total inability in 1 John 5:19, but is calling upon his readers to “Choose this day whom you will serve.”