I sometimes get asked if I believe in “Once Saved, Always Saved.” One reader recently sent in this question:

Can a Christian lose their salvation?

The old saying is once saved, always saved.

I have two ways of answering this question, both of which are stated below.

1. Why I do NOT Believe “Once Saved, Always Saved”

The reason there is so much debate over this statement is because of the word “saved.” As I have written about on numerous times previously, the word “saved” (and other related words such as “save” and “salvation”) are used in a variety of ways in the Bible. When you do a study of the ways these words are used, it quickly becomes obvious that the vast majority of them have absolutely nothing whatsoever to do with anything related to gaining or keeping eternal life. 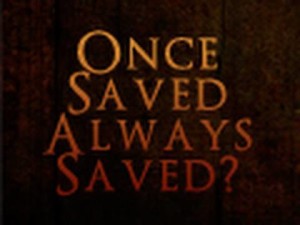 So, for example, the word “saved” might refer to being delivered from one’s enemies, or getting healed from a sickness, or being rescued from drowning at sea. Obviously, these words are not related to gaining or keeping eternal life. I would guess that the majority of times the words saved, save, salvation, etc., are used in Scripture, they are used in this way (e.g., Matt 8:25; Acts 27:31).

Another percentage of words refers to various ideas that are related to eternal life, but are not eternal life themselves. Often, the words in these contexts refer to some aspect of sanctification, or maybe getting rewards at the Judgment Seat of Christ, or some other related idea (cf. 1 Cor 3:15).

Finally, there is a tiny fraction (I would say less than 1%) of uses where the term probably does refer to receiving eternal life, though even in these contexts, the actual meaning of the word is debatable.

In Acts 16:30-31, for example, the Philippian jailer asks Paul and Silas, “Sirs, what must I do to be saved?” They answer, “Believe in the Lord Jesus Christ, and you will be saved, you and your household.” On the one hand, it seems that the jailer might have been asking about how to receive eternal life. But frankly, at this time, that may not have been the primary question on his mind. At that time, if a jailer let prisoners escape, the jailer would be tortured and killed. Maybe the jailer was not asking how to get eternal life, but how to be delivered (saved) from being killed by the authorities. This reading is possible. I am not sure how the jailer meant his question, and so don’t mind reading it either way. Besides, whatever he meant by it, Paul and Silas answer the most important question, which is how to receive eternal life: believe in Jesus for it.

But here is what happens. Most church-going people assume that the word “saved” almost always means “get forgiveness of sins so you can go to heaven when you die” even though it rarely means that. So when they come across a passage like 1 Corinthians 15:2 where Paul says the Corinthians will be saved only if they hold fast to the word that was preached to them. And people say, “See? If you don’t hold fast, then you aren’t saved? See? Once saved, always saved is false!”

So the question, “Do you believe in ‘Once Saved, Always Saved?’ is a trick question. There are numerous verses in the Bible which indicate that there are some things in our Christian life which can be lost, and these texts use the word “saved” to talk about how to be saved from losing these things.

So do I believe in “Once Saved, Always Saved?” No. I do not. This slogan is unclear, imprecise, and does not fit with many Scriptures which indicate that there are many spiritual blessings in the Christian life that can be lost.

2. Why I believe “Once Saved, Always Saved”

And the answer to that is a resounding Yes! 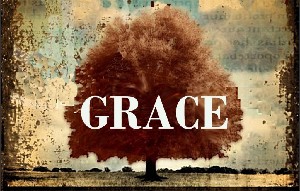 Once you see the difference in Scripture between the word “saved” and the terms “eternal life” or “everlasting life” or even something like “justification” you begin to see that while there are numerous verses which talk about saving something that can  be lost, there is not a single verse in the Bible which talks about losing eternal life, losing everlasting life, or losing our justification. All of these gifts of God, once given, are never revoked or taken back.

There is no place in the Bible that talks about getting unjustified, unsealed, unregenerated, unindwelled, unbaptized by the Spirit, or any such thing.

If everlasting life can be lost, it has the wrong name.

Yes, I know there are difficult verses in the Bible, and troubling passages (Hebrews 6 and Hebrews 10 for example), but with a basic framework understanding of what Jesus teaches about eternal life being given freely to everyone and anyone who believes in Him for it, and that since Jesus died for us while we were yet sinners there is no sin that can take away the benefits of His death from us, and dozens of other Scriptures which talk about God’s infinite, unmerited, outrageous, scandalous grace, the clear teaching of Scripture seems to be that once God gives eternal life to someone, they have it eternally.

I was a panel member at the Free Grace Alliance National Conference today on the subject of the death and resurrection of Jesus in relation to the gospel.

But before I write about that, let me write about a different panel which I attended. This other panel was on the issues of assurance, eternal security, and justification.

The panel which I only attended was related to the issues of assurance, eternal security, and justification. The basic question was “Does a person have to know that what they get from Jesus can never be lost in order to receive it?”

Of the three panelists, I heard one, Tim Nichols, give a clear answer “Yes” and the other two were a little more evasive. This was not really their fault since many of the questions from the audience were not really on topic. Some questions were related to the death and resurrection of Jesus, or the deity of Jesus, and other things.

The last question, however, was very revealing. It was “If you are witnessing to an unsaved person, and you want to tell them how to be saved, what would you say?”

1. Dave Anderson answered first with two words: “Free Grace.” I’m not sure what he meant by that. I doubt the person he was evangelizing would understand it either.

2. George Meisinger said that he tells as much of the gospel as he can to the person in the time he has. If it’s on an airplane, he is able to tell them lots more than if he is sharing with someone on their deathbed.

3. Tim Nichols answered similarly to George Meisinger, but emphasized that the message we share with unbelievers must come from the Gospel of John.

All in all, it was a great conference session.

Death and Resurrection of Jesus and the Gospel

The second panel discussion I attended was the one in which I was a participant. It concerned whether a person had to believe in the death and resurrection of Jesus in order to be born again. The following are terribly poor summaries of the views presented:

(Note that due to comments for clarification, edits have been made to what was originally written. These are the crossed out sections below.)

1. Ken Wilson said, “ We don’t believe in Jesus for everlasting life, but we have to believe that Jesus is the Christ, the Son of God who takes away our sins.” I’m not sure who in Christendom (including Catholics) doesn’t believe this, but maybe I misunderstood him.

2. Tim Nichols argued that since nobody would ever dream of not presenting the death and resurrection, the question doesn’t really matter. This is true. Sometimes, Satan’s greatest ploy is to get us talking about theology rather than living out the theology we do know.

3. Larry Moyer said, “Yes, because the death and resurrection is central to the Gospel, and we must always share the Gospel when telling people about Jesus.”

Some did Believe in Jesus, but not in His Death and Resurrection

So apparently, there are people who believe in Jesus, and lots of correct things about Him, but don’t have all their theological ducks in a row, but who are still considered by Biblical authors to be regenerate. It is possible to believe many wrong things about Jesus, but still receiver eternal life by believing in Him for it. I think it is possible there are people in the same category today. I may have talked with one a few weeks ago, which I mentioned in a previous post.

Due to the number of panelists, and the limited time, only one question from the audience was asked, and that one had nothing to do with the questions that I had come up with which I hoped to receive answers to. So I still don’t know how Tom Stegall would answer those questions. I refuse to speculate how he might answer them, because if there is anything more dangerous that theological speculation, it is theological speculation about someone else’s theology.