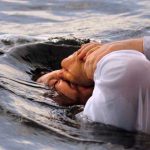 Did you know there is a debate about whether we are supposed to be baptized “In the name of the Father, Son, and Holy Spirit” (Matthew 28:19-20) OR “in the name of Jesus”?

Yes, we Christians argue over some silly things.

In my book, Dying to Religion and Empire, I talk about how some Christians view baptism as a magical incantation in which the right words need to be said in order for the magic spell to actually work. The whole thing is ridiculous.

But when Christians think that baptism is required to gain eternal life, then it also becomes important to make sure that the baptism is done in the right way with the right words.

Of course, when we realize that baptism is NOT required for eternal life, then this entire debate fades away into meaninglessness, but we already talked about this…

But let us try to solve the debate anyway … because … you know … Bible. 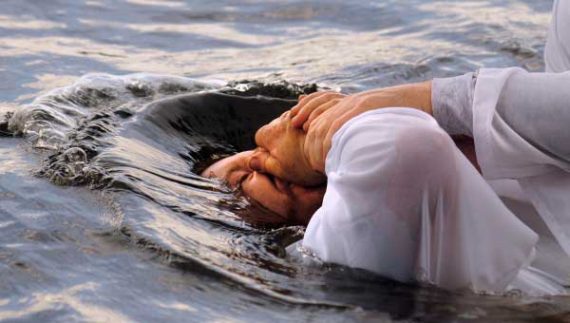 The Origins of the Baptism Debate

When people want be baptized “in the right way,” they argue about when baptism should take place, how much water is necessary, where the baptism can occur, who can perform the baptism, what actions should be performed during the baptism, and what words need to be said along with the baptism.

And again, according to some, if you don’t do all of it right, then it doesn’t work. Yes, just like a magic spell taught to Harry Potter at Hogwarts School of Magic…

Now I am not going to try to solve the ENTIRE baptism debate, but we might be able to solve that last one, about which words need to be said at the baptism.

The debate began because the words of Jesus in Matthew 28:19-20 seems to be at odds with the actual practice of the Apostles in the book of Acts.

So what gives? Some suggest that when Jesus says “in the name of the Father, Son, and Holy Spirit” He means “in my name.” Because … you know …. the Trinity.

Of course, God the Father’s name appears to be Yahweh, and as far as we know, the Holy Spirit doesn’t have a name, so is it really accurate to say that “Jesus” is the name of the Father, the Son, and the Holy Spirit?

And the debate rages on, with both sides accusing the other of practicing illegitimate baptism.

How can we solve this?

Well, it starts by disavowing all these Christians who waste their time and energy with idiotic arguments over words … but there is also a key to help us solve the argument.

The Key to the Baptism Debate 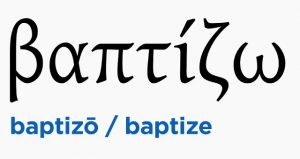 Baptism is not a translation of the Greek word, but a transliteration.

When people translate from one language to another, they look at the word in the original language, and then provide the equivalent word in the new language. So hamartia gets translated as sin , theos as God, and so on.

But for some inexplicable reason, there are a few Greek words which Bible translators failed to translate. Instead, they transliterated these words, which involves changing the Greek letters of teh root word into English letters and then calling it good.

This is what happened with the word baptism as well. It is a transliteration rather than a translation. The Greek word is baptizma, and it was transliterated as baptism.

How does this help?

Well, if we translate the Greek word baptizma in Matthew 28:19-20, we get a clue as to what Jesus might have actually been teaching … and this leads to the one crazy suggestion about Matthew 28:19-20 that might help solve this particular baptism debate.

So as everyone knows, Matthew 28:19-20 is the “Great Commission” in which Jesus gives some final instructions to His disciples. And he wants them to take the things He has taught and teach these to other people also.

That is, Jesus wants His disciples to go and make more disciples.

Anyway, none of this is challenging, new, or crazy. Everyone knows all this.

But here is the crazy suggestion … What if we actually translated the Greek word baptizo in Matthew 28:19 instead of just transliterating it? Is that crazy, or what?

So if we translated the Greek word, the verse would say this:

Go therefore, and make disciples of all the nations, immersing them in the name of the Father and of the Son and of the Holy Spirit, teaching them to observe all things that I have commanded you …

Jesus instructs His disciples to make disciples and to teach everything He has taught to them, so that the people they teach are immersed in the name of the Father, the Son, and the Holy Spirit.

This doesn’t necessarily mean “dunk them under water while saying a few words over their head.”

If I told you to “immerse yourself in this blog,” would you think you had to go take a bath while reading this blog? No. You would think that I was inviting you to read a lot of blog posts for the next days or weeks.

If I told my wife, “I want to immerse you in my love,” does this mean that I want to plunge her under the water in a swimming pool while saying “I love you”? No. It means I want to show her in tangible ways how much I really do love her.

Similarly, if Jesus says, “Go immerse people in the name of the Father, the Son, and the Holy Spirit,” is He saying, “Go dunk them under water while saying some words over them”? I think not.

Instead, Jesus is saying, “I have taught you lots of things over these past three years, and I want you to go and teach these to others also. Go immerse them in the teachings about God the Father, about Me, and about the Holy Spirit, which are the things I have taught you. Spread this teaching around the world.”

Jesus is telling His disciples that as they have immersed their lives in His for the past three years, they now must go and invite other people to immerse their lives in the Father, the Son, and the Holy Spirit.

Sooo … You side with those who think we should baptize “in the name of Jesus”?

No! If you think that is the point of this post, you’ve missed it entirely.

There are no magic words. It is not about what words you say.

As long as we Christians keep arguing about words, we are missing the entire point of the teachings of Jesus … and we should go immerse ourselves in His teachings some more.

Look, if you want to get dunked under water, go ahead. For some, it can be a wonderful ritual, full of symbolic significance.

Jesus wants us to follow His example of death and resurrection so that we lay down our lives for others.

Jesus wants to show us how to die to ourselves so that we can rise again to real life in Him.

So let us all stop arguing about the method, mode, and magic words of baptism, and instead start living for Jesus and loving others like Jesus … just as He commanded us in Matthew 28:19-20. 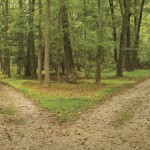 The number one question in most churches today is “How can we properly, adequately, and effectively make disciples?” If this isn’t your church’s number one question, you should probably shut down the church and go read Matthew 28:19-20 again.

This was the topic of Matt Chandler’s session at the Regional Acts 29 Conference I attended recently. In the next three posts, I will review what he said. It parallels exactly what I’ve been thinking for about a year now, which is why it was so exciting. 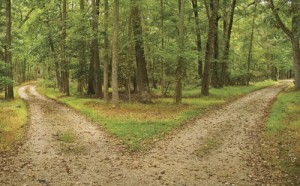 Today, I will simply introduce in broad brush strokes the two most common methods of making disciples in our churches today. Tomorrow, we will discuss the pros and cons of each, and on Friday, we will present a few ideas for how to take the pros from both approaches and incorporate them into the church while avoiding the cons.

Matt began by pointing out that there are two basic approaches to making disciples in churches today.

The first is relational discipleship (which he called “organic”), where the church encourages people to get together in some sort of home groups where they hang out, develop relationships, and just trust the Holy Spirit to work in their midst bringing them into the knowledge of the truth. They will often have some sort of “designated driver” to lead the group in a particular direction, but often the leader doesn’t really know how to get people “home” or what that “home” is.

This approach tends to generate lots and lots of numerical growth in a church, but very little deep spiritual growth.

Then there is the content-based model of discipleship, which Matt referred to as the “Mechanical-Linear” model. It will often have certain steps and classes that a person has to progress through on the “path” of discipleship. In this approach, discipleship is often equated with learning. There will be notebooks full of notes, classes that people can take, and different levels to aspire to.

This approach does not get the great numbers that the organic approach does, but does give a few people a lot of information and knowledge about the Bible and theology.

During my five years as a pastor, I adopted and leaned heavily upon the Mechanical-linear model. I even spent time in certain sermons and Bible studies to criticize and condemn the Organic model.

Now, three years out of pastoral ministry, and looking at heading back into it through church planting, I have been able to think, reflect, watch, and study these two models at work, and see numerous pros and cons to both.

Tomorrow, I will review the pros and cons of each model that Matt Chandler has seen.