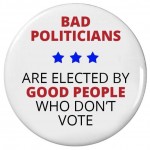 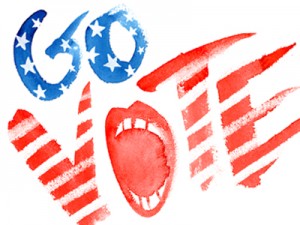 Your vote probably will not matter very much. The people you vote for probably won’t win. In fact, if the people you vote for do win, they will probably turn out to be just as corrupt as the people you voted out. And don’t think for a second that you are going to effect change in your city, county, state, or country by casting a vote on election day. Change doesn’t happen that way. True and lasting changes happens only through lives submitted to Jesus Christ, which is true of very few elected officials, and even if we did elect Christian politicians, it would not be right for them to impose Christian morality on the rest of society like some sort of Christianized Sharia Law.

Nevertheless, you need to go vote.

Over the past couple years I have read numerous books and articles from various Christian pastors, teachers, and authors who argued that Christians should not vote in elections. They used many of the arguments I used in the opening paragraph above.

And you know what? I do not disagree.

But I still vote. And so should you.

Because Christians are supposed to be the conscience of culture. We are to be the voice in the wilderness that calls our government to account. We are to raise the banner of peace and love when everybody around us is calling for war, bloodshed, and violence. We are to challenge the political abuse of power, the favoritism shown to the elite, and the partiality shows to the rich. We are to give voice to the weak and powerless, defend the defenseless, and raise awareness to the plight of the poor. We are to stand up for what is right when everybody else is heading toward wrong.

Granted, voting is not going to do any of this. Not really. But you should still go vote.

Because Christians and churches that do not vote have no right to then turn around and call to account those people who come into power.

What I am saying, however, is that if any of those 4 million evangelical Christians who did not vote are unhappy with where our country is today, they have no right to criticize anything our government has done to get us here.

One prominent mid-western pastor encourages the people in his megachurch to forget about voting. He says it’s a form of idolatry. I know this because I listen to his podcast, which probably has tens of thousands of listeners on a weekly basis (maybe more). Yet I occasionally hear him also preach against many of the things our government is involved in, such as wars in the Middle East, the abuse and neglect of the poor in our cities, and the escalating violence of our police force.

While I value and benefit from much that this pastor says, I cannot take him seriously when he starts to call our elected officials to account for their decisions and the directions in which they are taking our country, for in all honesty, this pastor is one reason those officials were elected! He didn’t vote, and he invited everyone who listens to him to refrain from voting as well. If he doesn’t like what these officials are doing, he should have taken advantage of his right to keep them from gaining the power of that office by getting out and voting.

If a Christian did not vote in the last few elections, they can say nothing negative about the $17 Trillion in national debt we have laid upon the shoulders of our children, with the new war in Iraq, with how the numbers of poor people in our country have drastically increased over the past several years, with how Wall Street Bankers have been bailed out while the middle class get pummeled, with how the United States has handled Russia in their aggression with Ukraine, with what decisions the Supreme Court is making regarding gay marriage, with the legalization of marijuana in various states, with the treatment of illegal immigrants in our country, with how the government is handling (or mishandling) our taxes, with how your healthcare premiums are sky rocketing due to Obamacare, with how our cities and states ignore the plight of the homeless, with the rise in frequency of late-term abortions (or any abortion for that matter), or any of the other political and social issues that matter to you.

I am not telling you what your perspective should be on any of these issues, nor am I saying that if Romney had been voted in, much of this would be different. It might not be much different at all. 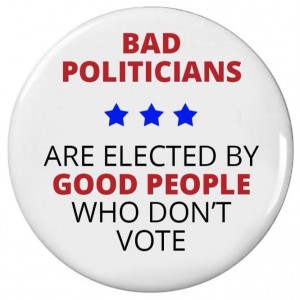 All I am saying is that if you did raise your voice by voting, you have no basis on which to raise your voice and criticize the government for the decisions it makes and directions it goes. Voting is not a replacement for being the cultural conscience, but it is the first step in doing so. If you want to call our leaders to account for their actions and decisions, then the first step in having the right to do so is to get out and vote.

Christians must raise our voices for the causes we believe in, and one way (but not the only way!) we can do this in the United States is by going out to vote.

Whenever I hear Christians (or anybody for that matter) complain about the direction of our government, the first question I ask them is, “Did you vote in the last election?” If they say “No,” then I tell them I don’t want to hear their complaints, for they are part of the problem.

If you don’t vote in elections, then don’t complain when elected officials behave badly.

The question is not “To vote or not to vote.” The only real question is “For whom should I vote?” 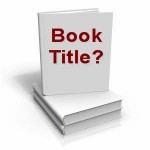 My next book should be out within the next month or so, but I am really having trouble giving it a title. So I thought you could help!

Oh, and by the way, if you want to get this next book for free, make sure you have signed up to get updates through my email newsletter. That is how I let people know that the free books are available. By way of saying “Thank you,” I will send you “Skeleton Church” just for signing up. 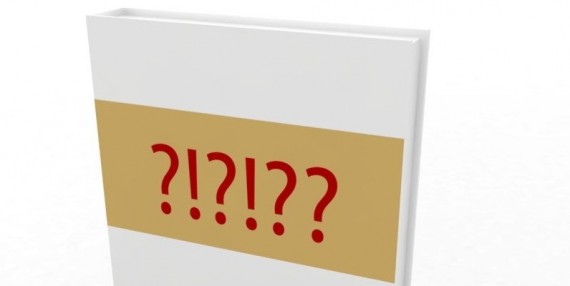 My Next Book Has No Title (yet)

My next book is about two different things.

The first part of the book is about transforming the practice of baptism and the Lord’s supper to something that more accurately reflects the symbolism and significance of these events when they were first done by Jesus.

The second part of the book is about willingly sacrificing our God-given and constitutional rights for the sake of others. It is not uncommon for people (even Christians) to sue others because their “rights” were violated. I often wonder what would happen if, for the sake of the gospel, rather than sue people over our rights, we followed Paul’s advice in 1 Corinthians 6:7: “Why not rather be wronged?”

You might say “What a strange mixture for a book.”

Do you see where I am going? In our efforts to protect our “rites” and our “rights” we are ruining our witness and destroying the clarity of the gospel. The gospel of Jesus Christ is not about defending our religious rites or our legal rights, but about sacrificing everything for the sake of others.

If you want to read a rough draft of the content of this book, check out the sections on this page: “Close Your Church for Good” about “Giving up Your Rites” and “Giving Up Your Rights.”

What Book Title Do You Suggest? 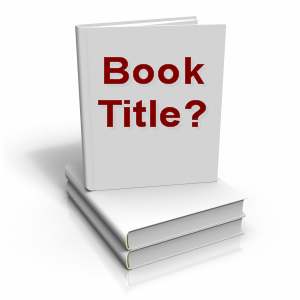 So, with all of that in mind, does anybody have any suggestion for a book title? Here is a brainstorm list of my own:

You don’t have to choose from these. Make up your own, and suggest it in the comment section below! Use the share buttons to invite others to give their input.