You are here: Home / Redeeming Books / You may think God hasn’t forgiven you for that sin. But you’d be wrong. Here’s why… 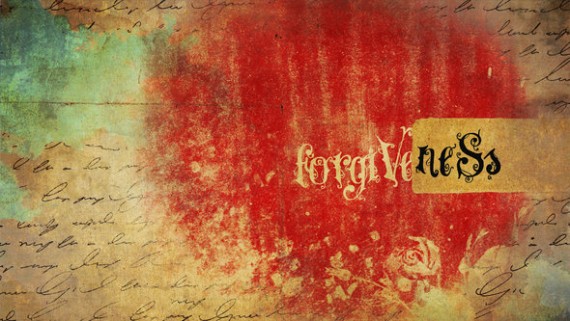 Lots of people have some some of secret sin in their past (or in their present life) which they think is so bad, God could never forgive them.

If you think you have committed a sin which God cannot forgive, let me tell you…. God has already forgiven you for this sin.

And yet He still wants you to confess and repent of this sin. Why? So He can forgive you.

Confused yet? That’s because there are lots of confusing statements in the Bible about forgiveness.

On the one hand, forgiveness seems unconditional and free (Col 2:13).

However, there are other verses which seem to say that we will not be forgiven unless we confess or repent of our sins (1 John 1:9).

A few passages indicate that we can lose forgiveness simply by not showing forgiveness to others (Matt 6:15). So does this mean that even if you confess our sin, we may not be forgiven of it if we fail to forgive others?

And of course, there are the confusing verses which seem to indicate that certain human beings have a special power or ability to forgive others (cf. John 20:23).

Finally, there is the issue of what forgiveness actually accomplishes. Many believe that in order to go to heaven, we must be forgiven of all our sins. Therefor, if any of our sins remain unforgiven due to one of the conditions of forgiveness listed above, does this mean we end up in hell?

I cannot begin to address all these texts in this post, and even if I did, there would be dozens of other similar passages which would demand explanation as well.

So instead of trying to explain every verse about forgiveness, let me try to briefly summarize what the Bible says about forgiveness and why there is so much confusion surrounding this concept in the church today.

What the Bible Says about Forgiveness

One of the biggest reasons there is so much confusion about forgiveness is that there are three Greek words used in the New Testament for forgiveness, but they often (though not consistently) get translated as “forgiveness” into English. For my own study of Scripture, it often helps to know what kind of forgiveness is in view.

The first kind of forgiveness is charizomai. It is what I think of as “God’s unconditional forgiveness.” This makes sense, because it is based on the word charis, which means “grace.”

This kind of forgiveness is a free gift of God to every single person on earth, emanating purely from God’s love and grace. In this way, you have been forgiven of every sin, no matter what.

The second kind of forgiveness is aphesis. It is best to think of aphesis as release. It often is used to refer to the release of a financial debt or burden, but is often used in the sense of gaining liberty or freedom.

Aphesis, however, is usually not without condition, so in this way, it is different from the unconditional charizomai forgiveness. Aphesis is usually connected with repentance, meaning that aphesis does not come unless there is repentance.

This makes sense when we understand that sin enslaves us and puts us in bondage. If we do not repent of our sin, that is, if we do not turn away from it and turn back toward God, how can we gain freedom, liberty, or release from it? We cannot.

But note that even if we do not gain aphesis, we still have charizomai from God. He freely forgives us out of His grace, and calls us to repent so that we might also gain aphesis. If we do not, He still loves as forgives us (charizomai), but we will continue to experience bondage and enslavement to sin.

Then finally, there is the third kind of forgiveness, which comes from the Greek word apoluo. Apoluo is based on the Greek word luo, which means “I loose.” So apoluo is to be loosed, or set free. This word is nearly indistinguishable from aphesis, and may be nearly synonymous. There may be some small shades of differences, but nothing worth noting in this post.

So How Does This Help Christians Learn to Forgive? 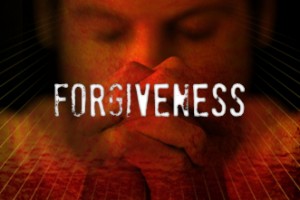 As far as God is concerned, your guilt has been removed from you. Your sin is no longer an issue with God. I have written about this previously, and so will say nothing more here.

However, we all still struggle with the consequences of sin in our lives and in our relationships. How can we fix this problem? This is where most of the teaching in the Bible about forgiveness comes in.

God does not want us to live our lives surrounded by destruction, addiction, and enslavement, and so He encourages us to confess our sins, repent of our sins, purify our lives and in so doing, gain release, freedom, and liberty from sin and the damaging consequences of sin.

God encourages us to forgive others, because often, that is the only way we can gain release to the bitterness and resentment we hold in our hearts toward them. Until we forgive others we cannot gain the release of forgiveness for ourselves.

You are already Forgiven, so Forgive to be Forgiven

Study Forgiveness on Your Own

I encourage you to embark on a study of forgiveness of your own. Find some sort of Greek-English parallel Bible, and whenever you see the words “forgive,” “forgiven,” or “forgiveness” in Scripture, take a few minutes to look it up and find out which kind of forgiveness is in view.

By doing so, you will be encouraged. God is not dangling your sin over your head as a way of threatening you with eternal punishment in hell. No, He has already forgiven you of all your sins, past, present, and future.

I encourage you to develop in your thinking about forgiveness. There are different kinds of forgiveness, with different conditions to receive the various kinds, and different consequences and results from each. Learn to distinguish which forgiveness is which, and your Bible will make a whole lot more sense.