You are here: Home / Featured / Are you afraid of the Unforgivable Sin? Don’t be. You have NOT committed it! 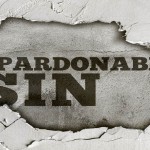 Most Christians have wondered at one time or another if they have committed the unforgivable sin. Have you?

If this is your fear, be encouraged. You have not committed the unforgivable sin.

You are not eternally damned.

You are not forsaken by God.

You are not hated by God.

You are not outside the bounds of His love and grace.

Quite to the contrary, you are loved by God more than you possibly know. 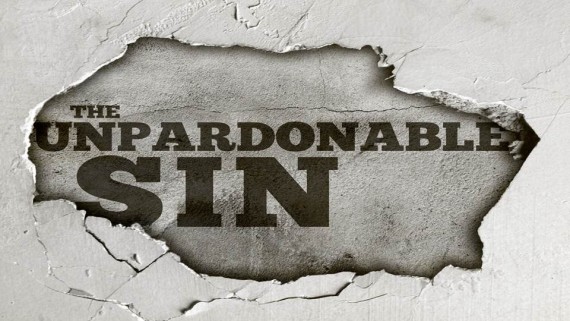 You are forgiven. You are accepted. God loves you!

When I first became a pastor, the very first counseling session I had was with a member of my church who was afraid they had committed the unpardonable sin.

I had personally struggled with fear about this sin in my own life, but I sort of thought that I was alone in this struggle. As I talked with this church member, I clearly remember feeling a sense of relief that I was not alone in being afraid about this sin. There were two of us!

A month later, a high-school student in the church asked me about this sin. He was angry with God and said some things to God that he regretted. He wanted to know if he was now doomed to hell.

Then I received an email from a single mother in the church who had gotten pregnant out of wedlock. Twice. The first pregnancy had been aborted. Someone told her that she was now a murderer and God would never forgive her. She wanted to know if that was true.

I began to see that fear about committing a sin that God would never forgive was a common fear in the lives of other people. So I decided to preach a sermon about the Unpardonable Sin, and what I believed the Scriptures taught about God’s love and forgiveness for us – no matter what we say or do.

To this day, this sermon on the Unforgivable Sin is still my most popular sermon on this website, and I get weekly emails from people all over the world who are afraid they have committed the unforgivable sin and want to know if God still loves them and if there is hope for them.

I do not know if you struggle with fear about the unpardonable sin. But if not, I guarantee that you know people who do. They may not express this fear to you, but there are people in your life who have done something they fear God will never forgive.

If you are afraid you committed the unforgivable sin, I have created a short series of emails you can receive about this sin (You can sign up below).

These emails explain what this sin is (and is not) and how to know that you have not committed it.

Even if you do not personally struggle with fear about this sin, you might want to get these emails anyway, since you almost certainly will encounter somebody who is afraid of it, and it would be helpful for you to have a way to encourage them and give them hope about God’s love and forgiveness.

If you struggle with fear about committing the unforgivable sin, this free series of emails is for you.

Not even suicide is the unforgivable sin.

While many churches and pastors teach that those who commit since like those listed above can never be forgiven, this series of posts reveals that all such sins are forgivable by God.

If you have committed adultery, you are forgiven!

If you got a divorce, you are forgiven!

If you had an abortion, you are forgiven!

If a friend of yours committed suicide, this does not mean they automatically went to hell.

Even if you cursed God, cursed the Holy Spirit, or said some terrible things to them, God still loves you and still forgives you.

Yes, it is true… There is a sin in the Bible which is “unpardonable.” Yes, the Bible talks about a sin which cannot be forgiven.

But there is so much bad teaching in the church about what this sin is, how it is committed, and whether or not there is hope for those who commit this sin, but you do not need to worry about committing it.

Some churches teach that there are seven unforgivable sins in the Bible, or that there is one thing you can say which will cause God to hate you forever, or that if you have done something terrible in your past there is no hope for your eternal soul.

All such teachings are unhealthy! They do not reflect the heart of God, His great love for you, or the infinite forgiveness He has provided to you in the person and work of Jesus Christ.

If there is a sin you have committed which you think is unforgivable, or which makes you think God does not love you, or makes you feel like you cannot be forgiven, do not worry any longer. This series of emails will give you hope for your future and reveal to you the infinite love, grace, and mercy of God for you.

In the end, you will learn that you have not committed the unforgivable sin.

If you fear you have committed the unforgivable sin, or if you simply want to learn what this sin is (and is not), sign up below to receive a series of free emails about this sin.