You are here: Home / What Jesus Taught about Tithing 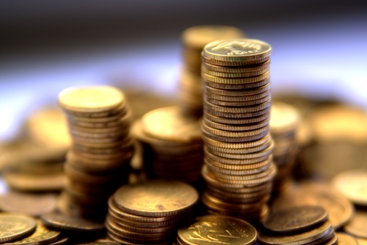 Jesus didn’t talk a lot about tithing, and when He did, it was usually in a negative context.

For example, in Matthew 23:23 (and Luke 11:42), Jesus indicated that the Pharisees and religious leaders were overly concerned with giving an exact 10% of everything, even down to measuring 10% of the spices of mint, anise, and cumin. Jesus goes on to encourage the leaders to continue giving, but tells them to focus more of their devotion and energy to things that matter more, like justice, mercy, and faith.

The only other time that Jesus specifically mentioned tithing was when He contrasted a self-righteous and legalistic religious leader with a humble and repentant tax-collector (Luke 18:11-12).  It was the religious Pharisee who was concerned with giving the exact 10% of his income to God who was criticized by Jesus, while the repentant tax-collector received the praise of Jesus. It is unknown what actions this repentant tax-collector performed as a result of his repentance, but if he was anything like Zacchaeus, he may have given away 50% of his fortune to the poor, and returned 400% of any money he had taken from people through extortion (Luke 19:8). Notice that Zacchaeus doesn’t give the money to the temple, but to the people who needed it and to the people he had stolen from.

From these passages, it appears that Jesus is not so concerned about people giving to the temple, or how much they give, but with the more important matters of justice for the oppressed, mercy to the repentant, and faith toward God in all things. When religious groups and leaders focus on making sure everybody tithes 10%, they are showing signs of legalism and self-righteousness, and are often guilty of things God really is concerned about, such as justice, mercy, love, and faith.

Jesus is Concerned about People 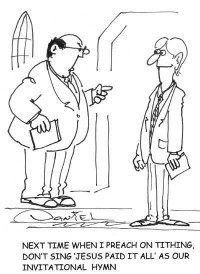 This seems to be the general thrust of the teaching from Jesus about tithing. Giving is never discouraged, but the goal in giving is not to give a certain amount, but to give in ways that rights wrongs, restores justice, helps the poor, and encourages dependence upon God. When it comes to giving, Jesus is more concerned with the motive than the amount.

Nevertheless, there are two passages in the Gospels that are often used to teach the idea that Jesus was concerned about the percentage that people gave. These two passages are where Jesus is asked about paying taxes to Caesar, and when Jesus observes a poor widow giving her last two coins to the temple.

What do these two passages say (and not say) about Jesus’ view of tithing? We will look at both in the next few posts: