You are here: Home / Redeeming Theology / How to Answer Questions from Atheists

A reader recently sent in an email about some questions from atheists that they had encountered. Here is the email that was sent in:

I am a believer, but I am troubled by an atheist’s questions. I was talking to an atheist the other day, and he said that God doesn’t know what it’s like to lose a son because he knew all along that Jesus would rise in three days, so he only lost him for the weekend! He also questioned that if God is Jesus, why did he beg to be saved from the cross when he was in the garden? Also, shouldn’t Jesus already have known he would rise again in three days? Why did he ask God, “Why have you forsaken me?” Wouldn’t he know that he’s only going to be dead three days?

Whew! This is a multitude of very tough questions! I initially tried to answer them in one blog post, but it soon grew to over 5000 words (I seem to have a problem with that), and so I decided to break up my answer into several posts.

So here is the order I will answer these questions:

To begin with, let me offer some praise and encouragement for taking the time to discuss such matters with atheists. I hope that all of us feel comfortable having conversations with people who disagree with us, and when there are disagreements, that the conversation can continue in a way that is full of love and grace, and does not end with heated tempers and angry words.

In fact, this post is not just when talking to atheists, but to anyone with whom you disagree about anything. It might be politics, parenting styles, personality differences, or theology. The goal in every conversation is to listen to what the other person is saying, grow in love and understanding with them, help them know that they are valued, and win another conversation. Notice I didn’t say win the argument, prove your point, or convince the other person they are wrong. If you win the argument but the person never wants to talk to you again, you have ultimately lost.

This is true when dealing with questions from atheists as well.

So here are a few practical suggestions on how to answer questions from atheists (or whomever).

1. Usually, people ask questions because they want to know the truth 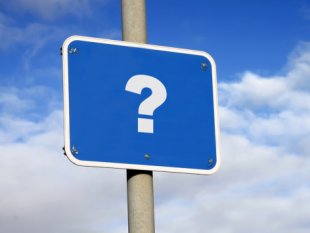 Atheists often get a bad rap among Christians, but in my experience, many atheists are atheists simply because they have the courage to ask questions many Christians are afraid to ask, and when Christians hear these questions from atheists, the Christians either condemn the atheist for asking such questions, or gives some answer that is not really an answer at all.

In other words, some people become atheists because they stop to ask the hard questions about God, Scripture, life, and Jesus Christ, while many Christians are too afraid of these hard questions, and run away from them whenever and wherever they surface.

My conviction is that truth can stand up to all questions. If what we believe is true, there is no question we need to fear.

So if what we believe is true, we do not need to fear any question or challenge.

So when questions come up with you cannot answer (and they will!), rather than accuse the person of questioning God, or rather than get angry and storm off in a huff, or rather than tell them to just go read the Bible, the best way to respond is to say these magic words:

That’s a GREAT question. I don’t know the answer. Let me look into it and get back to you.

Remember, the number one goal of any conversation with any person is not to win the debate or argument, but to win another conversation. The simple statement above affirms the person who asked the question and invites them to continue discussing these matters with you. This statement praises them for thinking things through so carefully, tells them that it is safe to voice their doubts and fears, and indicates that you are willing to learn along with them.

However, everything I have said above gets thrown out the window in one certain circumstance. This is the third thing to remember when trying to answer questions from atheists or anybody else.

3. When a person is in pain, they are not really looking for answers.

I do not know the context of the conversation that was held between the person who sent in the email above and the atheists who asked the questions.

I do know, however, that I have heard these sorts of questions before, and often they are asked in the context of great pain. Most often, they are asked because a parent has just lost a son or daughter, and a Christian comes along trying to console the parent by saying, “God understands what you are going through. After all, He also knows what it is like to lose a son.”

Most people are too polite (even in their pain) to object to such a statement, but some people will respond negatively. 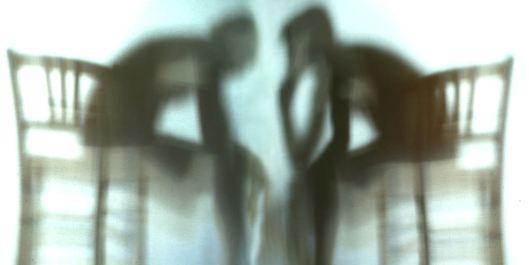 Some people will ask questions like the ones above. “What do you mean God knows what it is like to lose a son? He knew the death of his son was coming. I didn’t! He knew his son would rise again. I don’t! He knew his son would only be gone for three days. Mine is gone forever! They had eternity together before God lost a son, and eternity together afterwards. I have neither of those things! What does God know about losing a child? Nothing!”

This is even true when people ask questions about God. When people cry out, “Why is God doing this to me?” they really don’t want you to attempt an answer. People in pain and suffering don’t need lessons in theology. They don’t need Scripture quotations. What they need is sympathy, compassion, love, and the reassurance that while we do not know why certain things happen, God is not angry, is not punishing them, and God is not out to destroy their life or that of their family members. It is the thief who comes to steal, kill, and destroy; not God.

I often think that Job’s friends did a great job comforting Job, all the way up until one of them opened his mouth. Once they started trying to explain Job’s pain, that is when they became miserable comforters.

So when people ask, “Why me?” they don’t want you to answer. They just want you to be with them in their pain. If you answer at all, the most you can say is, “I don’t know.”  This is also the most honest and truthful thing to say, because you don’t know why bad things happen in this world.

Whenever you are dealing with questions from atheists, consider the context of the questions, and remember that whether you know the answer or not, your primary goals are to respect them as people, value them as human beings, be with them in their pain, and love and serve them in ways that win you the chance for another conversation.

Having said all this, the next post will begin to offer some possible answers to the questions from atheists that were stated above.

Until then, what suggestions can you offer about how to handle difficult questions from people with whom you may disagree?