You are here: Home / Redeeming Theology / Does God Know What it is Like to Lose a Son?

A reader recently sent in the following questions about the death of Jesus as the Son of God and how it affected God the Father. Specifically, they wanted to know if God knew what it was like to lose a son. Here is the question:

I am a believer, but I am troubled by an atheist’s questions. I was talking to an atheist the other day, and he said that God doesn’t know what it’s like to lose a son because he knew all along that Jesus would rise in three days, so he only lost him for the weekend! He also questioned that if God is Jesus, why did he beg to be saved from the cross when he was in the garden? Also, shouldn’t Jesus already have known he would rise again in three days? Why did he ask God, “Why have you forsaken me?” Wouldn’t he know that he’s only going to be dead three days?

So in this post, I will look at two traditional explanations for how God knows what it is like to lose a son, and I will also explain why I reject both explanations (which might also be why atheists and other people reject these explanations as well).

Does God Know What it is Like to Lose a Son? (Traditional Answers) 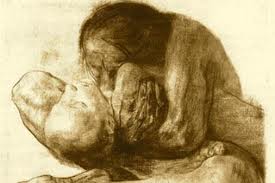 These are all very good questions, which are not so easily answered! Nevertheless, there are two popular answers I have heard which attempt to explain how God knows what it is like to lose a son.

1. Christians Know Their Children Will Rise Too

This, I believe, is a weak answer.

Furthermore, even when parents know they will be reunited with lost loved ones in the future, Jesus was only in the grave for three days, while parents who lose a son or daughter have to wait the rest of their life.

While nobody wants to lose a son or daughter (or any family member for that matter), the pain of it would be significantly lessened, it seems, if we knew that we would receive our lost loved ones back within three days, and they would be fully healthy and whole and would never suffer or die again.

So when viewed from this perspective, the claim that God knows what it is like to lose a son seems rather hollow, does it not?

2. God lives in an Eternal Now

The second way some people try to explain how God knows what it is like to lose a son is through the view that God exists outside of time, that God is timeless. If this is true, rather than experiencing a sequence of events (as we do), God experiences all events as an eternal now. It is argued then, that the crushing, heart-wrenching pain of watching a child die, and the sense of deep loss that lingers afterwards for days, months, and even years in the hearts of parents, is the pain that God experiences for an eternity over the death of His Son. 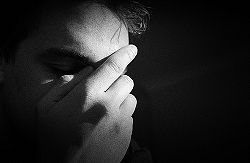 Though I was taught in Bible college and Seminary that God is timeless, that He exists outside of time in a constant, eternal now, I don’t believe it. There are numerous reasons why, which I won’t get into here. I believe that God is relational and is capable of reacting to our needs and prayers in a way that would not be possible if He were outside of time.

But even if this view is true, it still doesn’t allow God to experience what it is like to lose a son. For even if He eternally experiences the crushing sorrow of losing a child, He also eternally experiences the joy of being with His Son for eternity, and the even more thrilling experience of His Son rising from the dead. Neither of these eternal experiences can be shared by humans, and so even in this view, God does not know what it is like to lose a son in the same way that humans do.

So where do we go from here?

In a future post, I will look at the two reasons I think God does know what it is like to lose a son, and in so doing, will see that God may actually know better than we what it is like. Interested to hear more? Check back tomorrow. (Edit: The links are listed above).

What do you think of the two explanations above? Are you aware of any other explanations that Christians sometimes give for whether or not God knows what it is like to lose a son? Weigh in by sharing below!