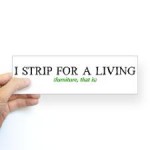 God is a stripper.

No, not that kind. (Though if you believe Jesus, strippers are probably closer to the Kingdom of God than many religious people… See Matthew 21:31.) 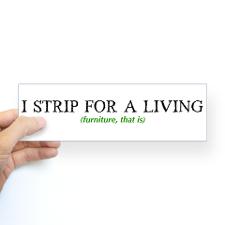 When I say “God is a stripper” I am reminded of a “looking for work” advertisement I saw in the newspaper a few years ago. At the top of the ad in big bold letters it said, “I’ll strip for you!” This ad was placed by a lady who owned a furniture stripping company. She was offering to strip and refinish your wood furniture. If you have ever tried to refinished your furniture, you know how valuable her services are. If I had to refinish the antique table my wife and I own, I would hire a stripper… a furniture stripper!

But all of us have something more important than our furniture, and that is our life. And in the life of every single one of us there are blemishes and defects. We all have areas of our life that need to be refinished, refined, or removed.

So when we pray, “God, make me usable to you! Make me into the kind of person who can do great things for you!” He comes in and begins stripping away everything in your life that holds you back and drags you down. He makes you into something useful and beautiful.

This is the “refiner’s fire” we sometimes sing about, where God burns away the dross to leave behind precious gold, silver, and jewels. This is the purifying fire which Paul writes about in 1 Corinthians 3 where our works are put to the test so that only what is valuable and eternal remains, and the wood, hay, and straw gets burned up.

Such a process is long and painful. It may feel as if God has abandoned or forgotten about you. But when you emerge out the other side, you are beautiful and useful for His purposes. 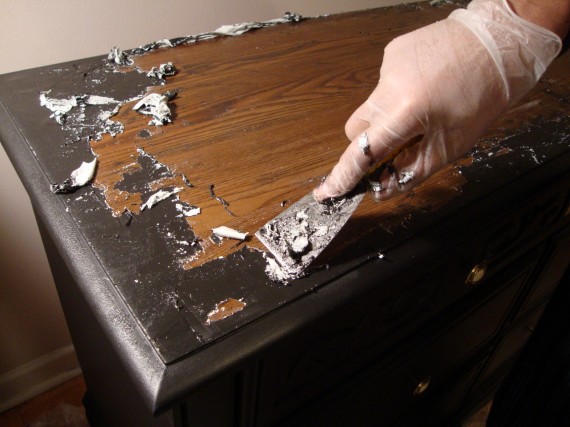 Have you had the experience of God stripping something away from your life? What did you learn? How did you get through it? Are you glad you went through that experience?

If you are facing a crisis in your life, or know someone who is, here is some advice for both situations.

If you Know Someone Who is in a Crisis

If you have a friend facing a crisis, just go be with them.

Just listen to them vent.

Don’t chide them for their emotions, fear, anger, hurt, despair.

Please don’t quote Scripture unless they ask you to.

Don’t offer theological truths which you think will help them.

Don’t ask them what sin they might have committed to make God discipline them.

In other words, don’t throw rocks. If you are afraid of saying the wrong thing, don’t say anything at all.

Most of the time, hurting people just want others to be there.

If you see something tangible that they need, offer to provide it for them, food, clothing, money, helping hands, resources. The only intangible aid you should offer is prayer, and only say “I’ll pray for you” if you are also thinking of ways to be an answer to your own prayers.

My father died when I was two, and my mother says that what I have written above holds true in that sort of crisis as well. A friend of mine lost his brother in a hiking accident a few years ago, and he confirms this as well. 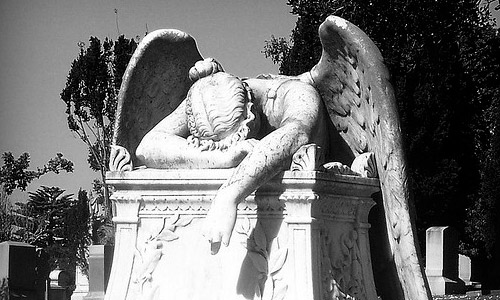 When Facing Your Own Crisis

In a recent crisis my wife and I faced, one of the things that initially bothered us was how when we shared with others that we were going through a crisis, they responded by sharing a crisis that they were facing or had faced in their own lives.

Our first reaction was, “Don’t try to turn this around to you. I’m the one in pain!” But then we realized, “Wow, how self-centered are we?”

But it’s this way for everybody at times.

And one way to get over your own pain, fear, hurt, and disappointment, is to realize that it’s part of life, that others are facing it too (and many of them much more than you are), and that you can either have a pity party for yourself, or try to help others through their own pain, which in turn helps you.

To help others through their own pain, go back and look at point number one above.

A Story About a Crisis

One day a Rabbi stood on a hill overlooking a certain city. The Rabbi watched in horror as a band of Cossacks on horseback suddenly attacked the town, killing innocent men, women, and children. Some of the slaughtered were his own disciples. Looking up to heaven, the Rabbi exclaimed, “Oh, if only I were God.”

Like it or not, I think the Rabbi is right. The best we can do in a crisis (and maybe the most we should do) is simply say, “I don’t understand.”

In the comments below, please share your own suggestions for handling a life crisis, whether it is your own crisis or helping someone else through their crisis.