Sometimes our church traditions can get in the way of doing what we’re supposed to be doing. For example, I am not convinced that it is wise for most churches to have buildings, meet on Sunday morning, and be non-profit.

Sure, there are times when these things make sense. But in many ways today, such practices are only getting in the way of reaching out to unbelievers and adequately making disciples.

So how can we discern good and helpful traditions from bad ones?

One good way is to practice something I learned from my two-year old: ask “Why?” a lot. 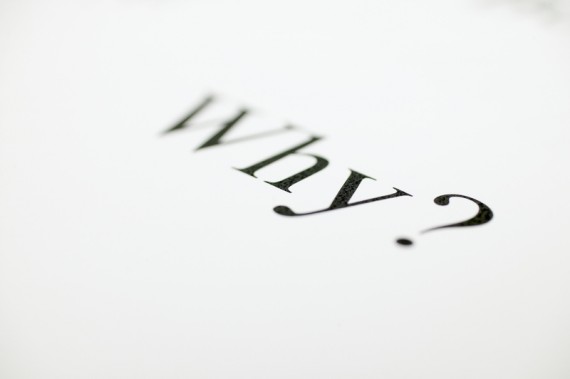 To discover if a certain church practice should be continued or not, ask “Why?” about it seven times.

If, in asking “Why?” seven times, you don’t get to a good reason, you might want to consider dumping whatever it was you were asking “Why?” about.

And if you ever answer “Because the Bible says so” then ask “Where?” and “Is that really what that verse means?”

This is often good to do with a group of people because they can help you answer the questions, and tell you when an answer is not valid. You may have to “tweak” your question asking a bit to get at the root of the issue, but the point is to ruthlessly examine and question everything. It may look like this:

Here’s how it works:

Asking Why? about Sunday Church

See how this works?

Just keep questioning everything you do in the church, and with some careful, critical thinking, you come to see that most of what the church does, it does by tradition: just because we’ve always done it that way.

This frees us up to realize that if there is a better way to make disciples, we should do it, even if we have to abandon most of our traditions.

Asking Why About Preaching

What if we asked “why” about preaching?

Why do we have preaching?

So we can teach the Bible and make disciples.

Ok. Why? Is preaching the best way to teach the Bible and make disciples?

Well, it is not the only way (or even the best way) to do either.

Ok. So if there are better ways, back to the original question: Why do we have preaching?

Well, because the pastor has the spiritual gift of teaching and he should get to use his gift. 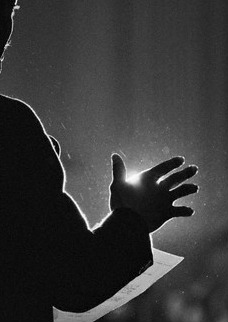 Ok. So why is the pastor the one who gets to use the majority of the church service using his gift, and why is preaching the best way to use the gift of teaching?

Well, other people get to use their gifts too, but the pastor went to Seminary, and we’re paying him to preach, and preaching is when he can reach the most people all at once with biblical truth. If he had to use his gifts one-on-one, it would take hundreds of hours of week to disseminate the same biblical truth. And besides, Paul told Timothy to “Preach the Word.”

I see. Each of those statements is going to need it’s own “Why?” question: Why did the pastor have to go to seminary to get his training to use his gift when we don’t send others to seminary to get training to practice their gifts? Why are we paying the pastor to use his gift when we don’t pay others to use theirs?  Why do we need to reach a lot of people all at once with biblical truth? (Which returns to the earlier question of whether or not preaching is the best way to make disciples.) And why do we need to follow today the same instruction that Paul gave Timothy? And related to that, why do we think think the practice of “preaching” as it is done today is the same thing Paul meant when he told Timothy to “preach” the Word? If we do have to follow Paul’s instruction to Timothy (which isn’t yet certain), why don’t we figure out what Paul meant by “preach the Word” and then do that?

This line of questioning goes on and on.

The end result is that we eventually see that there are no good reasons for why churches do most of what they do. Often, as we try to defend the practices and traditions of the church, we find ourselves talking in circles and arguing from the basis of the way things have always been done, which keeps us from thinking about how things could be done. 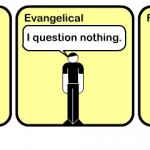 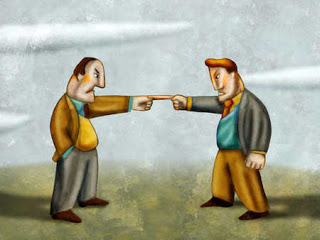 I am a fundamentalist.

I am NOT a fundamentalist.

So which is it?

It depends on what you mean by “fundamentalist.”

The term “fundamentalist” was coined back in 1910 when the General Assembly of the Presbyterion Church decided to take a stand against encroaching liberal modernism and listed the “five fundamentals” of the faith:

They published booklets defining and defending these five points from Scripture. If you were in agreement with them on these things, you could call yourself a “Fundamentalist.” So, based on this definition, I suppose I am a fundamentalist. I firmly believe and teach all five of these fundamental truths.

But in the last thirty years or so, fundamentalism has come to include lots of other “non-negotiables.” A “fundamentalist” today must hold to certain views of women in ministry, the end times, abortion, creation vs. evolution, the method of baptism, dress code, drinking alcohol, gettting tattoos, style of music, playing cards, smoking, evangelistic methods, political involvement, etc.

Encounters of the Fundamentalist Kind

Recently, I have had some personal and online interaction with some of these modern fundamentalists, and have realized that their name is quite descriptive.

First of all, many of them are not much FUN. Sour and dour describes them best. Always frowning. Always criticizing. Always telling you that unless you believe and act the same way they do, you are going to hell. They are not the kind of people who would feel comfortable around Jesus when He goes to parties, drinks, tells potty-humor jokes (yes, Jesus did this! – cf. Mark 7:15), and hangs out with prostitutes and sinners.

A second thing that characterizes modern fundamentalists is their method of argumentation, which is summed up in the word DUH. Modern fundamentalists have already made up their minds about the entire Bible, and when you try to explain that some of their favorite Bible-thumping passages have been ripped out of the cultural and Scriptural context in which they were written, the Fundamentalist acts as if you are the stupidest person on the earth for trying to understand a text this way.

When you ask why your interpretation is wrong, they innundate you with a list of other passages pulled out of context and numerous quotes from authors and pastors who agree with their position. They do not argue from exegesis and proper hermeneutics, but from tradition and citations of other authors.

All of this leads to the conclusion that many of them are MENTAL. They are like people in mental institutions who hold strange beliefs despite all the evidence to the contrary.

Their spittle-spewing rants and tirades are called “holy” because they are “defending God and His Word.” But in reality, they are mindlessly defending their own views and opinions and will not even consider the arguments of any who disagree. No matter how ridiculous their view is, they will not listen to even the most articulate, logical, and gracious arguments.

Are there practices and beliefs in our culture and among Christendom that need to be corrected? Of course, but not with hate, slander, and name-calling, but instead with grace, and speaking the truth in love.

Thanks goes to ASBO Jesus for this cartoon.