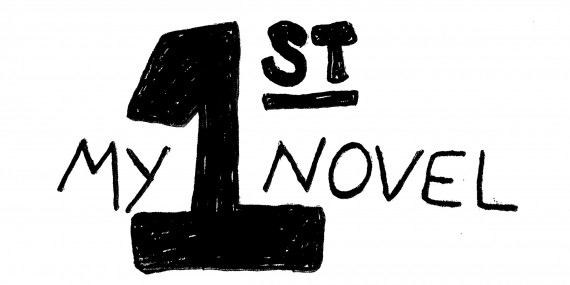 I’ve been invited to co-author a story with one of the best selling novelists ever! He’s sold more books than Tim LaHaye! It is quite an honor. I can hardly believe it!

I have already seen an outline for about the first half of the story, and from what I can tell, it’s going to be amazing. It’s basically the true life story of someone who is very similar to me, which I suppose is why I was chosen. It ultimately is a story about a man who constantly searches for truth, and he spends all his time and money in this search. Yet every time the end of his search seems near, and truth seems within his grasp, something happens which makes him realize he has been asking the wrong questions all along.

There are twists and tragedies in the plot that seem almost excessive. Just when it seems that the author has developed a pattern for the main character, everything changes. I talked to the main author about this, and he assures me that this is the way it happened in real life, and that all these turns must happen because they are preparing the man for something that will occur later in the story. I don’t know what that is, since I’ve only seen about half of the story so far. The author tells me that though he’s written the first half, he wants me to help author the second half. I’m not sure I’m up to it, but if he thinks I am, I’ll give it a shot.

Who is this author? It’s God. He is the best-selling author of all time.

And what’s the story we’re writing together? It’s my life.

I’m reading a book right now called To Be Told by Dan Allender and it has really helped me view my life as a coherent whole that is going someplace (I don’t exactly know where) rather than just a string of events while I’m in a holding pattern for heaven.

Furthermore, it helps me see that I can help God write my future. I can make choices and decisions that make my life more of an adventure romance full of tragedy, risk, and triumph than a mind-numbingly dull home video of a dog playing in the grass.

Such a perspective also helps me view the frustrations of life with a little more significance. The frustrations are not just bad and annoying things that happen, but are actually twists and turns in the plot of my life story which build the conflict and will eventually lead to the climax of wherever this story is headed.

And where is my story headed? Well, God hasn’t let me see the end of the story yet, but He is letting me make decisions about how the main character of my story responds to the trials and frustrations of life in the story. These decisions will help determine where the rest of the story goes.

So sometimes I purposefully make decisions that will make for “a better story.” I don’t want my story to be about how I watched thousands of hours of TV and lived to tell about it…

Oh, and by the way, this co-authorship opportunity isn’t a special privilege reserved for me only. You are writing the story of your life along with God. So how are you doing in writing the screenplay of your life? Is it going to be a blockbuster? 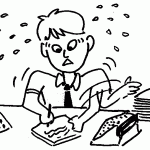 2011 Update: I think one of the dumbest posts a blogger can make is a post about how we are too busy to write a post…  But it’s a mistake almost all of us make. Here is mine from 2007:

How do you define “busy”?

Here’s mine: You know you are busy when you catch yourself making a list for all the things you need to make lists for:

How about you? How do you know when you’ve taken on too much? 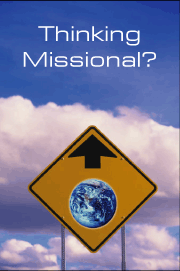 Emergent leaders call for ‘missional re-understanding of Jesus-followership and Christ-focus imbued with passionate creativity and emotional authenticity,’ whatever that means:

CEDAR RAPIDS, Iowa — At a recent conference-like “gathering” of emergent church leaders, various factions sparred over competing visions for the future of the movement.

Leaders on one side called for “deepening and continuously beautiful efforts toward emotionally true self-divulgence and confession.” Other leaders countered with a call for “a theological re-purposing of our objective and subjective missionality within a framework of God-love.” Because few in attendance actually understood what either side meant, both ideas were tabled.

The sides did agree that emergent leaders should continue to take every opportunity to make casual, cool cultural references to popular television shows, movies and Internet phenomena to introduce quasi-intellectual spiritual points about the state of the American church.

They also pledged to maintain their reputation for being “more spiritually honest than the millions of people who attend institutionalized churches every week and blindly go along with the programs, sermons and mindset that make American Christianity the colossal failure it is today.”

After toasting themselves with various hyper-cool micro-brews, the audience adjourned to begin 7 and 8-hour theological bull sessions in their hotel rooms and local bars.

Conference organizers say they will meet again to do the same thing next year. 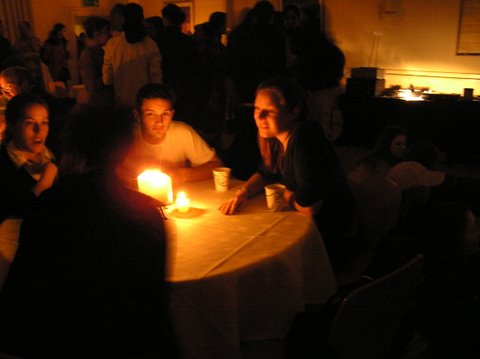 I laughed at this for several reasons.

The Mission of Emerging Leaders is Coining New Terms

I have read (and am reading) a lot of books by emerging church leaders, and it seems that when they don’t have a word to describe what they are trying to say, they just invent one. One term being thrown around today which is not mentioned in the satirical article above is “glocal” which refers to how Christians must be both global and local in their missional mindset. 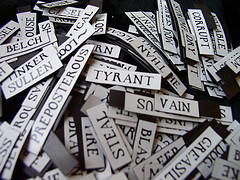 There was a time about a year ago, when I thought that if I heard the word “missional” one more time, I was going to throw up. Now, I have somewhat resigned myself to the fact that it is a term that is going to stick, and to a large degree, I am trying to live “missionally.”

One term that still gets me queasy, however, is “Imago Dei.” It’s Latin for “Image of God,” which I don’t mind at all. My question is, “Why use Latin, when the English is just fine?” There is only one reason I can think of: “Imago Dei” sounds smarter and cooler.

Emerging Church Isn’t so Relevant After All

The terminology of the Emerging Church brings up the second reason I found the Lark article funny.

One of the criticisms leveled at traditional churches by the “emergent/emerging” crowd is that they use too much technical language, theological terms, and Christian jargon that nobody understands. They say we should root out of our vocabulary words like “justification, sanctification, glorification, dispensationalism, eschatology” and other similar terms.

But ironically, they have gone and created their own vocabulary that nobody understands except those who are “in.”  And yet, people who are excited and intrigued by what the emerging/emergent churches are doing are willing to learn the terminology and begin using it themselves.

You know what this means? Getting our message heard is not about weeding out tricky terminology. It’s speaking and writing with a passion and excitement so that others are not only willing to listen, but also to learn and adopt the language.

Look at text messaging as an example. Text messengers have developed their own entire language. I understand very little of it, but those who want to communicate with other cellphone users have learned the language and terms and created their own sub-culture. To see what I mean, check out this list of texting acronyms.

So can you use words like justification and sanctification? Sure! These words are more Biblical than words like “missional,” “emerging,” and “glocal.” But whatever terminology you use, don’t speak and write in a way that is dispassionate and cold toward God, His Word, and all those in the world who are seeking direction (whether believers or unbelievers). While we want to be as clear as possible, if you use terminology that people don’t understand, they will try to learn that terminology if they catch your passion and vision.

In other words, if you cast a vision you are passionate about, people will follow, even if you use words like “glocal,” “imago dei,” “missional,” and “justification.”

And just in case you don’t know what “missional” means, here is some explanation. In a recent article, Brad Brisco shows how impossible this is. Missional is a whole new way of doing church. Here is an excerpt:

Despite the fact that missional language has been in use for at least a quarter of a century, it is being applied today in a wide variety of ways. Unfortunately, many times resulting in confusion. Some view missional as the latest church growth strategy, or a better way of doing church evangelism. Others see missional as a means to mobilize church members to do missions more effectively. While still others believe missional is simply the latest Christian fad that will soon pass when the next trendy topic comes along.

I would argue that those who believe missional is merely an add-on to current church activities, or perhaps even a passing craze prevalent only among church leaders, have simply not fully grasped the magnitude of the missional conversation. While it may sound like hyperbole; the move towards missional involves no less than a complete and thorough recalibration of the form and function of the church of Jesus.

In other words … do you want to be truly “missional”? Great! Just talk like other people and use words that everyone understands. Speak to be clear; not to be cool.