You are here: Home / Redeeming Theology / The Crucifixion of the Warrior God (A great book with a gaping hole) 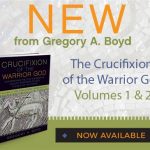 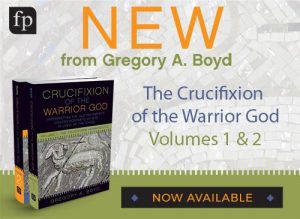 Greg Boyd has a new book out. Actually, it’s two books. The two-volume work is titled The Crucifixion of the Warrior God.. I have been waiting for these books for about four years now … His book attempts to provide an explanation for the violence of God in Scripture.

Back in 2013, I joked that Greg Boyd stole my book, but then about a year later, as I heard more about his book project, I realized that Greg Boyd and I were not quite saying the same thing after all …

What is his central point? It seems to be this (SPOILER ALERT!): Greg Boyd argues that God withdraws from sin so that evil will be destroyed by evil. The violent portions of Scripture are to be understood as the times when God withdrew from sinful humanity and a sinful world.

Greg Boyd calls this the Principle of Redemptive Withdrawal. He spends most of volume 1 leading up to this point, and most of volume 2 unpacking and defending it.

As with everything Greg Boyd writes, these two books are well-written, well-argued, and thought-provoking. And regardless of what you believe about the violence of God in Scripture, these books will present you with a new way of looking at things so that you no longer have to choose between accepting that God is violent or writing off the Bible as hopelessly full of error. There are other explanations.

Greg Boyd has presented one such explanation. And there is so much to praise about these books.

That which is Praiseworthy

I love the Greg has stuck with a high view of Scripture and biblical infallibility (which is related to, but distinct from, inerrancy). In the reviews I have read so far, Greg takes a lot of flak for this stance, but I am completely on board with him. When people give up on the inspiration and infallibility of Scripture, I find that they rarely wrestle with the text. Instead, they too quickly write off the uncomfortable passages as being “hopelessly in error.” I am convinced that one reason Greg Boyd is a leading theologian is that his view of Scripture forces him to wrestle night and day with the troublesome texts. Such an approach leads to creative thinking and approaches to biblical hermeneutics, rather than simply consigning something to the trash bin of “error.”

Another major point from Greg Boyd’s excellent book is his insistence on the truth that Jesus reveals God to us… and especially through His crucifixion. Greg Boyd calls this the cruciform (or crucicentric) hermeneutic. I have referred to this elsewhere as reading the Bible with a crucivision lens. This approach to Scripture and theology is essential.

Third, I 100% agree with Greg Boyd that sin bears its own punishment, so that when sin comes to fruition in our life, it brings forth only death and destruction.

I could go on and on about the many areas of complete agreement I have with Greg Boyd and this book. 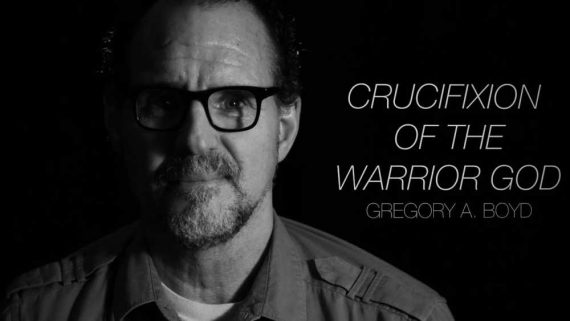 My One Main Sticking Point … or Maybe Two

Ultimately, while I agree with so much of Boyd’s approach to the problem of divine violence, I believe it misses the mark in two main areas.

First, I was consistently uncomfortable with Boyd’s understanding of sin. Since sin is “the problem” in Scripture, it seems he should have spent more time discussing the origin and nature of sin. For example, Boyd wrote in numerous places that Jesus bore the destructive consequences of sin “that we deserved” (cf. e.g., 768). I’m not certain, but Boyd seems to view sin as creating a sort of debit in the divine ledger books, which ultimately got charged to Jesus. I think this transactional way of viewing sin led Boyd astray.

Much more needs to be said on this point, but I’m trying to keep this review relatively short.

So the second main point of disagreement I have with Boyd is in his central thesis that God withdraws from sin to let it have its way with us. I already briefly mentioned this above, but I find this view so disheartening and discouraging. I 100% agree with Boyd that all of Scripture and all of God’s character and activity in human history must be viewed through Jesus Christ, and especially Jesus Christ on the cross. But Boyd’s main thesis for God’s withdrawal comes from Jesus’ statement on the cross “My God, My God, why have you forsaken me?” (Matt 27:46-47).

And though I read and re-read Boyd’s explanation of this cry from the cross (pp. 768-780), I never really understood how Greg understood this text. Here is his basic conclusion:

… While the Principle of Redemptive Withdrawal is focused on the abandonment Jesus experienced as he experienced the Father’s judgment on the sin of the world, it is nevertheless grounded in the truth that the cross is the definitive expression of the self-giving, mutual indwelling agape-love that defines the triune God throughout eternity (p. 778).

It sounds like Greg is saying something similar to how I understand this passage (Here is my explanation of Matthew 27:46-47), but I am not sure. I don’t know what he means by “the Father’s judgment on the sin of the world,” and I don’t find his distinction between the divine experience and the eternal essence to be helpful.

But this is the crucial (pun intended) passage for Greg’s thesis. What exactly happened on the cross when Jesus cried out “Why have you forsaken me?” is the most important text for understanding how God responds to sin. Greg seems to believe that God truly did abandon Jesus to sin, and therefore, God also abandons humans to sin when we persist in it. 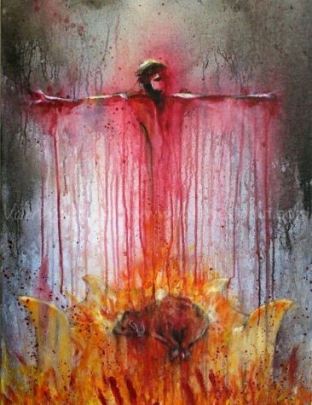 In my view, it is best to say that God never abandons anyone. Not Jesus and not us. “Something else is going on” when Jesus cries out from the cross, “My God, My God, Why have you forsaken me?”

The flood event in Genesis 6-8 is one example of how Greg Boyd deals with the violent texts of Scripture. He says that since wickedness had spread over the face of the earth, all humanity had become corrupted by the sons of God (Gen 6:1-8), and so Noah was literally the last pure man on earth, and so to save, rescue, and deliver humanity from complete destruction, God had to step back from humanity and withdraw His protection so that sin would destroy humanity and a new creation could occur through Noah and his family, whom God rescued and delivered from the flood through the ark. Boyd argues that God’s only activity in the flood was to rescue and deliver Noah. The flood waters came on their own as God stepped back.

I am extremely uncomfortable with such an explanation of the flood account, or such a way of reading Scripture. My discomfort is not because Boyd’s thesis is new, but because I think it ultimately violates one of his preliminary points, that all of Scripture must be read and interpreted through Jesus Christ, and especially through Jesus Christ on the cross. I do not believe that what we see on the cross is God withdrawing from sin, but rather jumping head-first into it.

God Does Not Withdraw from Sin. He Dives Into It

Since Jesus reveals to us what God is really like, and since Jesus is the incarnation of God, then Jesus also reveals how God deals with sin.

God does not back away from sin to let it have its way. No, God, in Jesus, enters fully into our sin, not to participate in it, but to deliver us from it. He does not draw away; He dives headlong into the mess.

I do not believe that God allows sin to have its way with us, even if we continue to rebel and live in it. This is little more than another form of child abuse. A neglectful, absentee parent is barely better than an abusive one.

Does sin hurt us? Yes. Does sin bear its own punishment? Yes. God does not punish us for sin. But the blows we feel as a result of our own sin are the glancing blows that hit His back first.

This is starting to turn into a book of my own, so I will stop here. Look, read this book. Absolutely read this book. Even though I disagree with the central point of the book, it does a fantastic job of presenting some truths that all Christians need to hear.

But if you are uncomfortable with Greg’s point that God withdraws from sin to let it have its way, that’s okay … be uncomfortable .. for there are other ways to maintain Boyd’s cruciform hermeneutic without turning God into an absentee parent when we need Him most. You can get your copy on Amazon here.

… Of course, if you want my own take on the subject of how to understand the violence of God in the Bible, my explanation is found in my recently-published book, Nothing but the Blood of Jesus.