You are here: Home / Being the Church is Loving the Person in Front of You

In this post, Sam Riviera continues his series of posts on how to be the church in your community. He asks what it looks like to proclaim the Gospel to your neighbors.

Many talk about being the church, but few know how. We understand church as those who follow Jesus, not just in “doctrine” or “belief” but out into the streets, among the people, mingling with them and loving them where they are. Being the church is as simple as loving the person in front of you right now.

Here are some examples of how this looks in our own life as we  “preach sermons of love” where we live.

Yesterday I needed to pick up a couple of things at Costco. Since I had a little extra time, I visited all of the free food sample tables. I even tried a few of the samples, but mostly I talked to the people working the sample tables.

The rude, unappreciative mob departed when the cheeseburgers ran out. The cheeseburger lady looked frazzled. I figured we had two or three minutes to talk while the next batch of cheeseburgers was warming in her little oven. I asked if she was having a bad day, and told her I understand because I used to be a caterer and experienced similar things – rude people grabbing food. She said it is true, that people are not nice to her, and that no one ever says thank you.

As the cheeseburgers finished cooking, we laughed together like old friends. Before the next mob arrived, she told me I could have as many samples as I liked. I took one, and made a special point of thanking her and telling her how much I appreciate her being there. The entire scenario probably took less time than it took you to read about it. I made a dear friend in less than three minutes. She was laughing and smiling and waved goodbye as I left.

I visited four more sample people. All were smiling or laughing when we parted. They made my day. I hope I helped brighten theirs. No Bible tracts, no Bible verses, no invitations to a “church service”. Just noticing and loving people. Maybe Jesus doesn’t visit Costco. If Jesus did, He’d probably stop by and chat with the cheeseburger lady (before going to the park).

Jesus Came to the Dance

After Costco I went home and my wife and I got ready to go to our weekly dance in Balboa Park, the largest park in San Diego. The building where we dance is often frequented by homeless people. After the dance had begun, a filthy homeless man walked into the room where we were dancing. 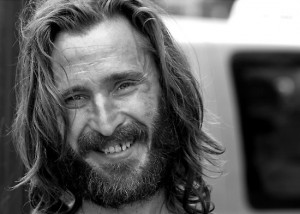 Standing near the door where he entered, I greeted him. He said “God bless you.” Homeless people frequently tell me that, so I didn’t think much about it. I headed to the kitchen where I was preparing ice cream for the break, and the homeless man appeared to be heading for the door.

However, after I left the room, he mingled with the dancers and told them he is Jesus. My wife recognized that he is probably suffering from mental illness. She asked him if he would like to step out on the patio with her and tell her about himself. They went out on the patio. The man told my wife about his doctor and treatments and then walked toward the zoo.

Was he a filthy mentally ill homeless person who thought he was Jesus, or was he in some sense Jesus? We may never know, but I know the church was there to treat him honorably and kindly and to listen to his story.

Be the Church in Your Community 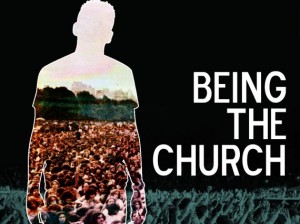