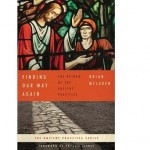 (Though I tweaked it a bit, this quote came from Brian MaClaren, Finding our Way Again, p. 69.) 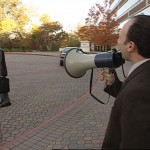 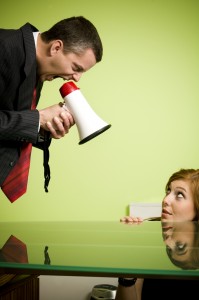 Have you heard of “The Way of the Master” evangelism? I hope not. Why? Because “The Way of the Master” is not the way of Jesus. I’m about 10 years too late on this post, but I recently encountered this form of evangelism again, and was just as shocked now as I was ten years ago when I first learned about it. It was started by Ray Comfort and Kirk Cameron and is based on a particular understanding of what Jesus is saying in Luke 18 to a rich, young ruler.

So yes, there is some loose connection between “The Way of the Master” evangelism strategies and a misunderstanding of what Jesus does in one or two places in the Gospels. But if we’re basing an entire evangelism strategy off of a few things Jesus did or said, we might as well all go multiply loaves and fishes or get ourselves crucified.

But the main problem I have with “The Way of the Master” is the emphasis on hell. The more I read and study the words of Jesus, the more convinced I am that Jesus almost never talked about hell. That’s right. Even when He talks about “weeping and gnashing of teeth” He is not talking about hell. I’ll explain why someday. But simply from a theological and practical viewpoint, consider what you are telling people when you evangelize by talking about hell. You are saying this:

God loves you so much that He wants to have an eternal relationship with you. And if you don’t want to have one with Him, He’s going to punish you forever in hell.

That’s ominous. What if I came up to you and said, “I would love to be your friend. I want to hang out with you, and go to dinner and basketball games with you. It will be fun. And oh, by the way, if you don’t reciprocate this desire, I will hunt you down and kill you.”

That’s not really a good way to start a friendship. And yet that is what “The Way of the Master” tells you to say. And of course, you only say that after you point out how awful and terrible and sinful they are. So “The Way of Master” involves judging and condemning people before hitting them over the head with the baseball bat of hell.

We cannot threaten people into a friendship with God. This is not the way Jesus evangelized. Ever. The true way of the Master is the way of service, friendship, generosity, self-sacrifice, and love. Without these, you are not following Jesus, nor is He your Master. 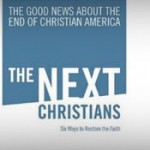 Something new is going on in Christianity. There are various titles given to it, such as the Emergence, the Next Reformation, or even the Reformission. Millions of Christians are part of this movement, many of whom do not even realize a movement is going on. They just know that something is leading them in a direction that is different than where the traditional church is going. If you have been feeling some discontent with your church, or the things your church is doing, you may already be part of this movement. 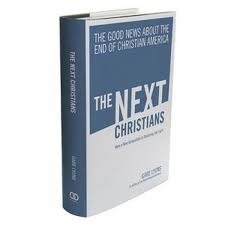 Various leaders and church experts have tried to describe this change that is sweeping worldwide Christianity, but there is not a whole lot of consensus on what the central values or goals of this movement are. One book I recently read, however, seems to provide a good description and analysis of this movement. The book is The Next Christians

painted a fairly dire portrait of modern Christianity. It was somewhat depressing. But this book holds out the hope and vision for the future of where Christianity is headed. If the old style of Christianity is dying, it is only because a new style is being born.

Here is one good description from the book of these next Christians:

They see themselves on a mission, partnering with God to breathe justice and mercy and peace and compassion and generosity into the world. …Instead of simply waiting for God to unveil the new heaven and new earth, [the Next Christians] give the world a taste of what God’s kingdom is all about — building up, repairing brokenness, showing mercy, reinstating hope, and generally adding value (pp. 59-60).

Gabe Lyons rightfully points out that although many traditional Christians accuse this new breed of Christians of abandoning the gospel for “social justice” issues, the exact opposite is true. First and foremost in the thinking of these Next Christians is the rediscovery that the gospel is not just about evangelism so people can receive eternal life and go to heaven when they die (cf. pp. 66, 192). The gospel is much broader and more far-reaching than that, involving truths and ideas which affect all areas of life. The Next Christians do not abandon the gospel; they embrace and live it to the fullest extent possible.

Provoked, not offended
Creators, not critics
Called, not employed
Grounded, not distracted
In community, not alone
Countercultural, not “relevant”

I found his descriptions to be accurate, fair, and balanced. I also appreciated several tips for how you and I can move in the direction of being a Next Christian (cf. pg. 123ff).

The only criticism I have of the book is in the examples of Next Christians he chose to write about. Almost all of them are rich, powerful, and famous. They were CEOs of companies who chose to leave their business and start nonprofit organizations. They were at the top of their field in the music, art, or sports industry, and chose to put their skills and abilities toward the mission of God. They were megachurch pastors who led their thousands of people into more focused community service. What about the rest of us? What about the small, insignificant people? Isn’t that the central starting point of the gospel, that God uses the “nobodies” of the world?

Admittedly, he does say that he is

…not suggesting that every person’s calling is to start a nonprofit organization to a address huge global problem. For you, it probably doesn’t mean leaving your job or career at all. It simply means restoring right where you are (p. 126).

I agree, and I’m glad he said it, but I wish he had given us some examples. To say that, and then on the very next page begin talking about the “influential filmmaker” (p. 127) seems disingenuous. It makes it seem that Gabe is not really aware of any “normal” people like you and me who are trying to live the gospel among our neighbors and coworkers without millions of dollars and thousands of powerful contacts at our disposal.

But all in all, I loved the book and highly recommend it for anyone who wants to understand what God is doing in the church today.

Disclosure: I received this book for free from WaterBrook Multnomah Publishing Group for this review.

In Luke 2:25-35, Simeon states that after a lifetime of waiting, he has seen the Lord’s “salvation” and so can die in peace. He is referring, of course, to Jesus, but what does he mean by “salvation”? Is it “going to heaven when you die” or something else?

In my commentary on this passage, I wrote this:

Throughout biblical history, when people spoke and wrote about salvation, they were referring to physical deliverance from some sort of temporal calamity, such as sickness, premature physical death, enemies, and natural disasters like storms, floods, and famines. In the case of Israelites like Simeon, they most often thought of salvation in the way it is used in prophetical passages like Isaiah 40:5 and 52:10. Salvation is the time when God would deliver Israel from enemy occupation, and restore her to her rightful place among the nations, with the Messiah ruling and reigning over the entire world from Jerusalem (cf. Green 1997:145). This is what Simeon had in mind, as confirmed by what he says in verses 31-32. Forgiveness of sins (national and personal) was definitely a part of this, but only as a prerequisite to the permanent and perpetual deliverance from enemies that Israel hoped and longed for.

P.S. I have turned off comments for this post, so if you want to weigh in on what Simeon meant, please do so over at the commentary. You do have to register, but it’s easy and free!

Justification: God’s Plan & Paul’s Vision (IVP: 2009) is N.T. Wright’s attempt to explain once again his view on Paul’s use of justification. He wrote it as a summary of his view, and as a response to critics (primarily John Piper) who seem to not understand what he is saying.

The book is written with ironic humor and remarkable restraint, but the most amazing feature is the Biblical paradigm shift that Wright presents to his readers regarding justification. Though most of what Wright explains in this book he has written elsewhere, this book puts it all together in nice, orderly fashion, so that even if one does not agree with Wright, we can hope that they will now be able to critique his view with understanding.

As for myself, I am not yet fully persuaded of Wright’s view. His basic view is that justification is God’s law-court declaration that a person is in right standing (so far, so good) with God’s covenant. It’s that covenant part that raises questions, particularly since Wright’s definition of justification does away with the doctrine of imputed righteousness. Wright does not believe that through justification we receive the righteousness of Christ (p. 135).

And yet, what Wright takes away with one hand, he gives back with another. Wright argues that issues related to deliverance from the penalty and power of sin in our lives come through resurrection, not through justification (pp. 231-235). This, however, though a major doctrine, is a minor point in Wright’s book.

His main concern is to show how his view of justification makes more sense of the Pauline passages that speak of it. And with this, he is more than a conqueror. If, for example, you’ve ever struggled with what Romans 9-11 has to do with the rest of the letter, Wright’s view makes these chapters not only fit within the flow of Paul’s argument, but actually become the pinnacle and the climax of Romans. Wright’s strength in this is due to his insistence on reading the biblical text, not with twenty-first century eyes and sixteenth-century questions, but with first-century eyes and first-century questions. This, it seems to me, is the best way to read and study Scripture, and Wright does an excellent job leading the way.