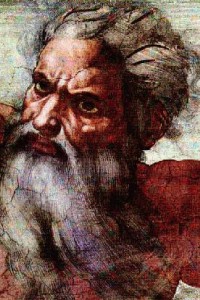 In a previous post, I asked why storms come upon us. If we believe that in some fashion or another God sends some storms, we must ask a second but related question: Why does God sometimes send storms?

To Punish the Wicked?

The usual answer is that God sends storms upon wicked people to punish them.

When the terrorist attacks killed thousands of people on 9/11/2001, some Christians said this was God’s judgment upon wickedness in our country, and specifically condemned feminists, abortionists, and homosexuals as the cause for this attack.

When a tsunami killed over 200,000 in 2004, some Christians said this was God’s judgment upon Islamic fundamentalism.

When Hurricane Katrina swept through New Orleans, some Christians said this was because of voodoo and immorality in the city, especially because of what takes place during Mardi Gras.

When Hurricane Sandy swept along New Jersey and New York in 2012, some said it was God’s judgment on President Obama and gay people.

Even if we can defend from Scripture the idea that God does sometimes send storms, it is much more difficult to defend the idea that God sends storms and natural disasters to punish wicked sinners. Instead, it seems from Scripture that if God sends storms upon nations and countries (in all their forms), it is not because of the sin of that nation’s leaders or citizens but because of the waywardness of God’s people themselves.

If God does send storms, it is not to punish sin and evil, but to call God’s people to wake up and act.

END_OF_DOCUMENT_TOKEN_TO_BE_REPLACED 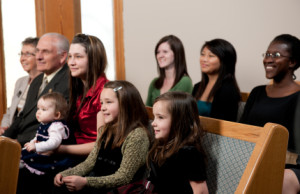 It is popular in some circles today to talk about the terrorist threat from Muslim extremists. While a Muslim threat may exist, I am more concerned about the Christian threat.

No, I don’t think that Christians are likely to become terrorists. There are a few crazy Christians out there who behave in such a manner, but they are roundly condemned by all Christians as not accurately reflecting Christian values or the teachings of Jesus. So I am not that concerned about the threat from Christian extremists.

What really concerns me is the threat from Christian moderates.

This might surprise you a bit, because maybe you consider yourself to be a Christian moderate. You are not one of those fire-breathing, wild-eyed zealots shouting into a bull-horn on the street corner, nor are you one of those dreadlock-growing, communal-living, vegetarian pacifists. You faithfully attend church every Sunday, you go to a small group on Wednesday, you tithe 10% to your church, you volunteer every year for VBS, and you don’t try to cram Jesus down everyone’s throat at work. This is a general description of a Christian moderate.

Yes, and this sort of Christians is exactly what I am afraid of.

Christian moderates are one of the biggest threats to the world today.

END_OF_DOCUMENT_TOKEN_TO_BE_REPLACED 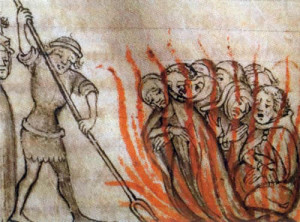 Everyone knows the world if full of bad theology. Most people believe some horribly incorrect things about God.

Sadly, much of this is the fault of Christians. We often teach heresy to our neighbors by how we live.

My God is vengeful and angry. I disobeyed Him, so He is out to destroy all of us, and you just happen to have the bad luck of being nearby when He kills me. But my God, who lives in the sea, can be appeased. How? He loves human sacrifice. Throw me into the sea so He can take my life and judge me as He sees fit. If you do this, He will leave you alone.

Jonah is a prophet of God, and he knows better.

He knows that everything he is telling the sailors is wrong, but in this situation, he doesn’t care.He has his own agenda, and no matter what, he does not want to do what God asked.

So he teaches some horrible theology and drags the sailors into committing a horrible sin.

Thankfully, God is gracious to them and spares their lives, no thanks to Jonah.

Do we Christians sometimes do the same thing today? What are we teaching those around us about God through our actions and our behavior?
END_OF_DOCUMENT_TOKEN_TO_BE_REPLACED 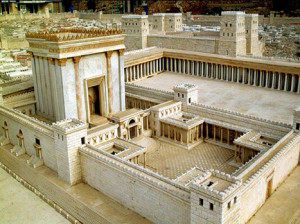 The proper worship of God has always gone against the grain and been counter-intuitive for what is customary in culture and society.

In ancient Hebrew culture, it was very strange for God to only have one place of worship – in the tabernacle and then later in the temple.

To the average outsider, the Hebrew practice of having only one place of worship could mean one of two things.

1. The Hebrews Didn’t Love their God

First, it could mean that the Hebrew people did not care about their God. In most other cultures, people would construct shrines and temples in every city, and sometimes, if the city was large enough, numerous shrines and temples in each city. This would not only show their deity that they loved and cared for him, but it also made it more convenient for people to go worship their god. But when the Hebrew people did not erect shrines and temples all over their land, this would have made foreigners think that they did not care about their God or care whether or not the people of the land worshiped him.

But secondly, if the foreigner heard that the reason the Hebrews did not build temples and shrines all over the place was because God had told them not to, the foreigner would only be able to conclude that the Hebrew God did not care about His people. Clearly, gods desire worship. If a particular deity, like the God of Israel, says, “Only build one place of worship” then this God wants it to be difficult for His people to come worship Him. Therefore, He doesn’t really care about His people, or even care too much if they don’t worship Him.

END_OF_DOCUMENT_TOKEN_TO_BE_REPLACED

The issue of the sovereignty of God in relation to natural catastrophes is a difficult subject with few answers.

But what is ironic about the sovereignty of God is that while God’s people often pay lip service to His sovereignty, we just as often live as if God was not sovereign.

Take Jonah and the sailors as an example.

Jonah vs. the Sailors

In Jonah 1:9, Jonah claims to fear God, but he does nothing in Jonah 1 to show it. In fact, in every circumstance, he does exactly the opposite.

God tells him to go to Nineveh, but Jonah goes to Tarshish. God sends a storm to get Jonah to admit his guilt, but Jonah falls asleep in the belly of the boat. Through the casting of the lots, God singles out Jonah as the one responsible for the storm, and rather than tell the sailors to turn the ship around, Jonah tells them to sacrifice him to the waves. The sailors ask him questions about Yahweh, and Jonah gives them bad theology and bad ideas about God. At every step along the way, Jonah shows contempt for the will and ways of the God he claims to serve.

The sailors, who know nothing about God, end up fearing Yahweh and worshiping Him in truth in ways that Jonah never does. They pray to Him when Jonah is silent. They ask confession for sin they haven’t even committed while Jonah refuses to repent for a grievous sin he did commit. They make sacrifices to God and take vows, when Jonah refuses to even acknowledge God’s sovereignty over his life. The sailors show respect and honor for Yahweh while Jonah only dishonors God. Clearly, the author of the book of Jonah wants to show a clear contrast between the actions and attitude of Jonah with those of the pagan sailors.