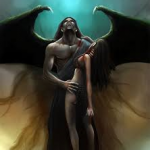 The impression we get from much of what passes for Christian teaching is that the closer we get to God, the more like Him we will become, and the less like ourselves.

In this way, God is sort of pictured as a being who sucks the human life out of us and injects us with His own life so that we become less like “me” and more like Him. As part of this exchange, we also get eternal life. 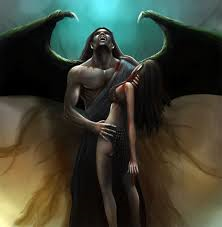 It occurred to me recently that this sort of Christian theology makes God sound like a vampire. He “bites” us, and while we continue to “look” like ourselves, we get injected with His “blood” so that we “die” but remain alive forever. As the years go by, our human nature starts to fade away, and our “divine” nature starts to show through.

It is not uncommon to encounter Christians who act as if their primary goal in life is to become less “human” and more “like God.” They give up their old friends, interests, desires, hobbies, and tastes, and instead hang out just with other Christians while studying an ancient book and speaking an arcane language that nobody else understands. They look down their noses on all the “unenlightened” humans around them who are “not filled with the Holy Spirit.” They sneer and scoff at all the ignorant masses who “live lives of emptiness and insignificance.”

But is this the way it is supposed to be?

I believe that God wants us to be more human; not less.

God wants us to live

Jesus came so that we might have life, and might have it abundantly (John 10:10). He did not come to destroy fun and turn our smiles into frowns and our laughter into mourning, but to show us how to really have fun in life, to give us joy, and to turn our mourning into laughter.

God made life, and He made this world, and He gave both to us so that we might enjoy it. Food tastes good because God made it taste good and gave us tastebuds by which to taste it. If God didn’t want us to enjoy food, He wouldn’t have given us tastebuds.

The same goes for the beauty of creation, the joy of good music, the physical sensation of touch, and even the pleasure of sex. These things are not bad or evil, but are good things God gave us to enjoy.

We worship God when we saturate ourselves with the good gifts He has given to us.

Near the end of his life, Bonhoeffer taught that God is not God at the price of emptying me of my humanity; humanity does not consist in letting oneself be sucked dry by a divine vampire! (Wink, The Human Being, 37).

The 19th Century philosopher Ludwig Feuerbach criticized Christianity by saying that we have made God in our own image, and in so doing, have become less human. He said that by putting all of our best traits onto God, we decide that these traits are not “human” but divine, and thus, we are dehumanized. Having projected what it means to be human onto God, we have become less human as a result.

The Christian religion has argued the opposite, but with similar conclusions. Seeing from Scripture that we were made in the image of God, we argue that the goal of life is to empty ourselves and become more like God. Life, we say, is found in conforming to the image of God and becoming less human as a result.

It seems that Jesus revealed a different path than either of these. While agreeing that God made us in His image, Jesus disagreed that this means we must empty ourselves of our humanity and become more like God. Jesus came that we might have life and might have it more abundantly. Jesus wants us not to empty ourselves of our humanity, but rise up to what it means to be fully human. 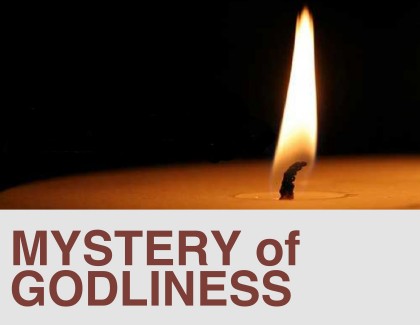 God did not make us to be God, but to be human, fully human.

We become more “godly” by becoming ourselves; that is, by becoming who God made us to be.

To fully worship God is to fully live as humans. He made us to be humans, and we fulfill our purpose by living as humans.

And this is what sets a relationship with God apart from all other belief systems in the world. Most religions in the world try to get us to be less human so that we can become like God. Atheism rightly reacts to this wrong idea, and says that to fully live, we must be fully human. The problem with atheism, is that they believe we must reject God to become fully human.

God agrees with atheists. God too believes that our purpose is to become fully human. But Jesus teaches that we only become fully human when we live as God intended. The “rules” of God are not provided to destroy life and fun and pleasure, but to maximize them.

So start to become more “Godlike” today. How? By learning to live like yourself. This is what God wants.

I recently had the opportunity to read a pre-release copy of The Path to Freedom by Brandon Chase, and wanted to invite the readers of my blog to get a free copy of this eBook when it comes out. To encourage you to do so, I am posting this interview of Brandon and his new book. 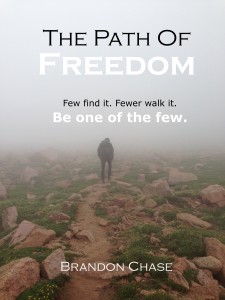 Why did you decide to write The Path to Freedom?

The Path of Freedom was really a private wrestling I had with the Lord long before it was ever an eBook.

I had observed something that “bothered” me – in my own testimony, and in years of ministry with and to Christians – that is: the lack of real understanding of and Living in the Freedom we are supposed to have in Jesus.

I was a “Christian” half of my life – and had no concept of what being Free was. I have witnessed countless Brothers and Sisters taste this Freedom in some area of their life – only to seemingly fall out of it, return to old sin patterns, wrong belief, or other bondage.

The fruit of Freedom is too often not there, or fleeting.

This eBook is the culmination of my wrestling with the Lord in asking the question, “Why?” and my understanding of what He showed me about Freedom – what it is, how It is entered in to, how It is remained in, how it is grown in, how it is Lived from – and why it matters.

You are not getting another “how to” book here. Rather, this is an unveiling of “what already is,” and what it means to “see” that reality, and live from it.

How has this process changed you?

As you probably can relate, writing is a wonderful Fellowship with the Lord – I hear from Him and learn from Him in the “classroom” of the keyboard.

But before I ever get to the point of actually writing, for me, the process of writing about the things of God begin in the abiding in Him and seeking His things. When I did this for the specific purpose of understanding Freedom, He was faithful to show and tell.

This process has changed me eternally in that I now “get” Freedom. Please don’t hear me to say I am an expert, or have fully reached the bottom of understanding. That would be like reaching the end of the Lord Himself – and He is unsearchable in His riches! But I grasp what it means to realize His Freedom, and more importantly, what Living from that Freedom looks like, far better now than before this process started.

Those who take this journey with me will too.

Who should read The Path of Freedom?

Truthfully, any sincere and seeking follower of Jesus who desires the fullness of relationship, intimacy, life and freedom in Him will benefit from The Path to Freedom.

Specifically though, you will be blessed by reading this if:

How will the Till He Comes audience benefit from reading The Path to Freedom?

You have a gift, Jeremy, of challenging paradigms and ways of thinking about God, Jesus and the Church. In this process, I learned just how much wrong paradigms of belief and thinking contribute to a lack of realized Freedom. The Path of Freedom addresses many of these including:

I was challenged, and am in turn challenging sincere lovers of Jesus to see afresh their relationship with Him, and practice of following Him – to see old chains of bad paradigms broken.

Somewhat like you, I want readers to think deeper than the surface-level of the things of God, that so many of us have taken for granted and settled for, and be the few who walk deeper in the Life Jesus came to bring us.

How can readers who are interested get your eBook? 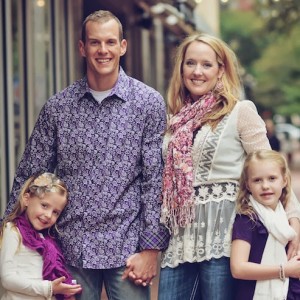 I plan to release the eBook for FREE to subscribers of my blog newsletter near the end of this month. You can get a FREE copy of The Path of Freedom when it is released by joining my newsletter list.

This will automatically subscribe you to free updates to my blog, Zōē Perissos, as well as any other future eBooks. I will always respect your privacy, and you can opt out at any time. Once you confirm your email address, you’ll receive a private link to the PDF that you can download.

The world and the Church are hungry, starving, for the people of God to realize their freedom – and to live it.

Be one of the few.

Thank you, Jeremy for this opportunity to share. Blessings!

Hope you are enjoying some time with friends and family today as here in the United States we celebrate Independence Day! Rather than post something about Scripture or theology, I decided to give you a few laughs to help you enjoy your day. 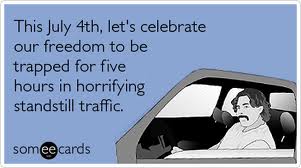 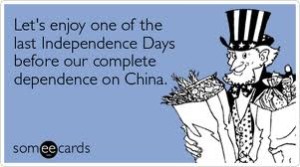 END_OF_DOCUMENT_TOKEN_TO_BE_REPLACED

It was Patrick Henry who spoke these immortal words when calling for the United States colonists to rise up in arms against Great Britain:

Is life so dear, or peace so sweet, as to be purchased at the price of chains and slavery? Forbid it, Almighty God! I know not what course others may take; but as for me, give me liberty, or give me death!

Upon hearing this, the crowd reportedly rose to their feet and shouted, “To arms! To arms!”

I love this quote from one of our nation’s founding fathers, as I love much of the history and values of our great country.

But I am often surprised and perplexed that men who wrote in the Declaration of Independence that all men are created equal, and are endowed by their Creator with the unalienable rights of life, liberty and the pursuit of happiness, could so quickly seek to take the first of those rights—the right of life—from others.

The Way of Jesus

Jesus, in contrast to Patrick Henry, said, “I give you liberty BY my death!”

Christians and churches should follow this example as we seek to be Jesus to the world.