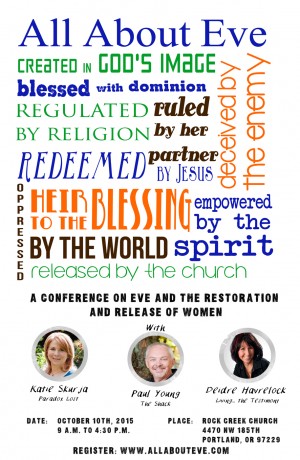 I am participating with several other authors and bloggers in a preparation for a conference in Portland called “All About Eve.” The other contributors are:

The situation is that “Eve” has numerous questions about how to follow Jesus outside of the four walls of institutional Christianity. Go read her introduction here. I will be writing as her “pastor” to provide input and suggestions about how she and her family can do this. I put my introductory post up here.

I will be writing my post for the All About Eve blog on Thursdays for the next 40 weeks. I will be posting an excerpt of my blog post here, and then inviting you to go over to the other blog to read the rest of the post.

You have asked what it looks like for my family to go to church.

Let me try to describe it.

It all begins in the morning when my wife and I roll out of bed. While my wife wakes up our three girls and then makes breakfast, I stumble into the kitchen to make some coffee. Usually, my wife is several steps ahead of me, and the pot of black magic (aka “The Elixir of Life”) is ready to drink.

After breakfast, we all hop into the car and drive over to a local brick building. We go in and say “Hello” to the greeter at the front door. He sometimes gives us a little piece of paper that will help us know what is going on there that day. We then walk around a little bit, occasionally talking to people we meet. At one point in the morning, we give some money to a person standing behind a counter, and we often chat a little bit with them as well.

Then we leave Walmart with the things we just bought and go back out to our car.

The items we just bought are for a small gathering that will take place later that day at our neighbor’s house. We met him when we first moved into the neighborhood, and we quickly learned that he too is a follower of Jesus. So every so often, we gather at his house. Usually, before we begin, he shows us a project he is working on in his back yard, or a picture he painted when he was younger. His wife is also there, and she talks about their health concerns. Sometimes there is food involved, but not always. Then we get down to business.

On this day, we go outside into his front yard and start raking leaves. You see, he just recently had heart surgery, and is not able to rake all the leaves that have fallen. He also cannot run errands yet. We went to Walmart to buy them some food and household items, and are now at his house raking up the leaves in his front yard. When we are done, he thanks us profusely, and we chat a bit more before going home for lunch.

To read the rest of what a day in the life of the church looks like for me, go read the article here. 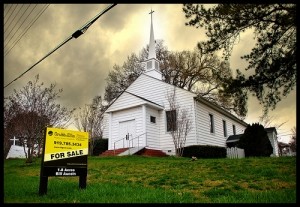 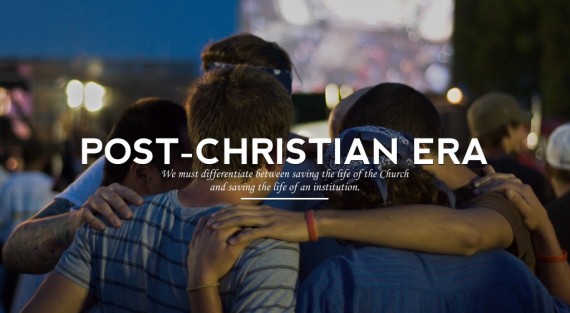