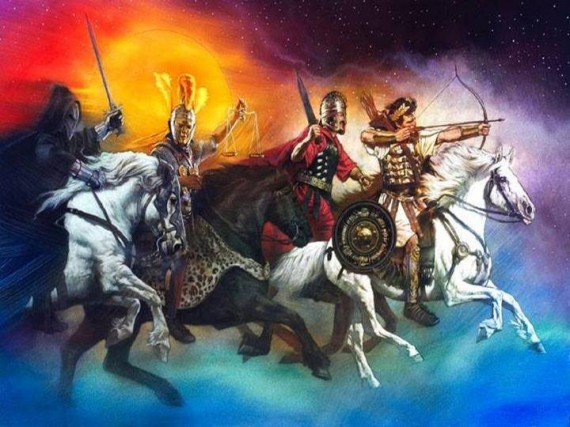 It’s a few days late and also a few days early, but this is my final post on the the book I have been reading along with several of you, The Theology of the Book of Revelation

Why? Because I’m sick of this book. And besides, I find it somewhat ironic that I am writing a blog post that is both late and early about a book which argues that the Book of Revelation was historically fulfilled both late and early.

Theology of the Book of Revelation

END_OF_DOCUMENT_TOKEN_TO_BE_REPLACED 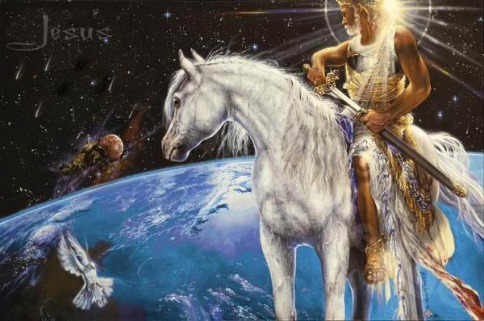 Maybe I haven’t studied eschatology (the study of the End Times) as much as I should have, or maybe I just don’t care about it too much (the world has enough problems today for me to worry about the problems in the future), but as I read The Theology of the Book of Revelation

, which presents a Preterist reading of Revelation, I just find myself shrugging, and saying, “I don’t really care if he is right or wrong, this way of understanding Revelation makes it much more teachable and applicable.”

But Bauckham’s way of reading Revelation actually excites me. It seems to bring the  book of Revelation into real life.

This week, those of us who are reading the book (see the list below), read chapters 3-4. Here is some of what these chapters contained.

The Lamb on the Throne

I was a bit confused initially with chapter 3, since it seemed to have absolutely nothing to do with Preterism. Instead, it dealt with how Revelation reveals John’s belief that Jesus was divine and therefore, worthy of Christian worship. It is a great point, and a definite theme in all of John’s writings, but what does it have to do with Preterism?

END_OF_DOCUMENT_TOKEN_TO_BE_REPLACED 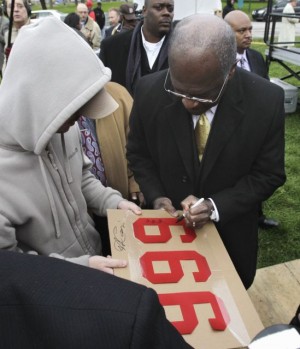 We Christians are wacko.

A few weeks ago, when I first heard about Herman Cain’s 999 plan, my first thought was, “I wonder how long before we see some churches and Christians decrying Herman Cain for being the Antichrist?”

Well, it was only a few days later in the New Hampshire Presidential debate, that Michelle Bachmann said, “When you take the 9-9-9 plan and you turn it upside won, the devil is in the details.” She was implying, of course, that when you turn 999 upside down, you end up with 666.

And now, if you search Google for “Cain 666”, such statements are all over the internet, including ideas that this plan will turn into some sort of restriction on buying and selling, and everything else that the Book of Revelation says about the Mark of the Beast.

So, that is partly why I am excited to be reading Richard Bauckham’s book, The Theology of the Book of Revelation

I read the first two chapters this weekend. Supposedly the book is a defense of Preterism, which is the idea that most of the book of Revelation is about historical events that happened around the time of writing in the first century AD. This is not how I have ever thought or taught about the book of Revelation, but if that is what Bauckham’s book is about, so far, I don’t have much to disagree with.

Does that make me a preterist? We’ll see.

One thing is for sure: we need some sanity when it comes to discussing Revelation. I am tried of hearing doomsday prophecies, and having everybody from George Soros to Herman Cain being labeled “the antichrist.” From what I have read so far, it appears that Bauckham’s book may help people move toward a more sane reading Revelation.
END_OF_DOCUMENT_TOKEN_TO_BE_REPLACED

, before several of us begin blogging about it next Monday, October 24 (assuming that the End of the World doesn’t happen on Friday, October 21).

Just to let you know in advance, I am predisposed against preterism. Here is what I think I will run into: 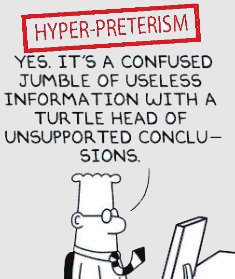 Nevertheless, I could be persuaded otherwise, and am excited to begin reading The Theology of the Book of Revelation 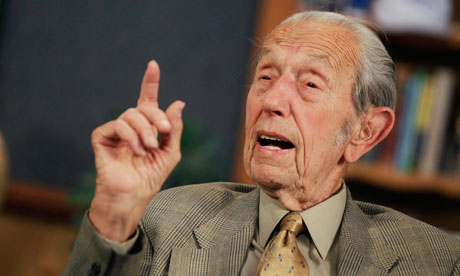 When it didn’t happen, he said that it was just a “spiritual end of the world” but the real, physical one would occur on October 21, 2011. Those who weren’t saved on May 21, Camping said, “will be annihilated together with the whole physical world on October 21, 2011.”

So here we are. One week away from the Second End of the World. I’m sure Harold is crossing his fingers and hoping this one “takes.”

And just as I did in May, I am issuing another wager to Harold Camping: I am willing to bet him $1 million he is wrong.

If he is right, I pay him $1 million on October 22. If he is wrong, he gives me $1 million. I’m sure he has it, since many people emptied their bank accounts and sent the money in to him prior to May 21 so that he could spread the message about the end of the world, and when it didn’t happen, he refused to return the money.