Maybe people who say such a thing should be arrested, as Bill O’Reilly, Fox news host, suggested on his show.

Love in the Margins

All of my life I’ve had friends who many have considered on the margins, the outer edges of society – LGBTs, homeless, prostitutes, addicts, murderers and other criminals, and you-name-it. I love these people. I mingle with them. I talk with them. I hug them. I walk arm-in-arm with them.

END_OF_DOCUMENT_TOKEN_TO_BE_REPLACED 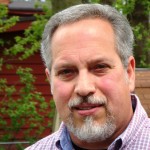 Glenn writes at GlennHager.com and sees himself as an advocate for those who on the fringes of society and those challenge the way things are done. You may also connect with Glenn on Facebook or Twitter.

I have tried to distill my observations about the church over the last few years into a few bullet points, both to help myself understand what I have been through and to see if any of these conclusions resonate with anyone else. 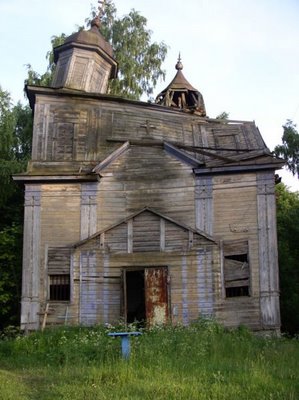 Following Christ has wrongly become equated with supporting an organization that has to be feed with increased attendance, volunteers, and funding.

We have misrepresented Christ with our eagerness to call out sin in society while ignoring the sin of our unloving ways.

We are an insider organization that focuses on ourselves, except (or especially) when we try to get outsiders to come to our building and become like us.

We have been talkers and not doers who have had minimal impact on the lives and communities around us.

Because they have been disappointed so many times, people distrust organizations and leaders.

When so-called ministry is reduced to a performance and packaged programs, people feel like a consumer or cog in a machine.

Religious service attendance has slipped from 32% (1975) to 24% (2008). America’s third largest group now is “none,” somewhere between 16 and 20 percent of our population. In 1960, this group didn’t even register on the polls. It is projected that “nones” and adherents of other religions will outnumber Christians in the United States by 2042.

A lot of people who embrace Jesus are trying to “be the church” without any affiliation with an actual organization.

END_OF_DOCUMENT_TOKEN_TO_BE_REPLACED

Jake is a worship leader and speaker in his church and writes at Christ is my Author.

Recently, I experienced a job loss. The resulting loss of income forced me to move my family from our home. As a man, I was devastated and demoralized.

My life verse has always been Isaiah 40:31, “But they who wait for the Lord shall renew their strength; they shall mount up with wings like eagles; they shall run and not be weary; they shall walk and not faint.” (ESV)

When I had to sit down with my landlords and tell them that I couldn’t pay them, I didn’t feel very lifted up. My strength certainly did not feel renewed. I felt weary, like I was fainting on the path that life was leading me. And I couldn’t understand why. Why wasn’t God fulfilling the promise that I had called on so many times in my life? Why did I feel abandoned and alone? 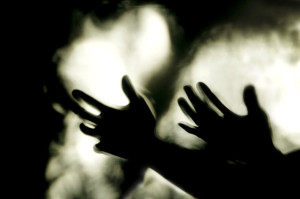 By God’s grace, I started to study my life verse. I needed to know that answer to my question: Why? One of the most useful things I have ever learned about studying the Bible is that I need to go back to the root of the text, find out what it meant in the original language. So I grabbed my Strong’s Exhaustive Concordance and began to dig in.

What I found floored me. The Hebrew word for ‘wait’ is qavah, which literally means to bind together as in a rope. This does not mean to tie something to a tree. It means to take smaller strands and weave them together to make one solid rope.

The revelation hit me like a freight train. The reason I wasn’t feeling lifted up or renewed is because I had an obligation in that verse as well. Isaiah says that the ones who receive the renewing of strength and the lifting up on wings like eagles are those who wait on the Lord.

I had been looking at this all wrong. How could I expect God to bless me and help me through tough times when I don’t even acknowledge Him unless I’m in trouble? So I began to apply what I had learned from my studying. I started weaving God into every aspect of my life: the good, bad, ugly, and everything in between.

END_OF_DOCUMENT_TOKEN_TO_BE_REPLACED

This is a guest post from Ken Myers. Ken is the founder of Longhorn Leads & has learned over the years the importance of focusing on what the customer is looking for and literally serving it to them. He doesn’t try to create a need, instead he tries to satisfy the existing demand for information on products and services. 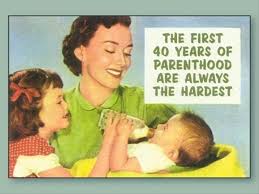 As a Christian parent especially with older children it is often a dilemma knowing how much to say or do when it comes to correcting or giving advice. I have heard on many occasions from different pastors or teachers that you should not correct your children after the age of eighteen, that if they ask you for advice this is the only time you should say anything. I do not know about the rest of the parents out there but I have a very difficult time doing this, especially if the child is still living with me.

I have been talking a lot to the Lord lately about what He wants me to do in regards to my son. He is a young man of twenty who still lives with me while attending a local college. He has gotten into some trouble in the past few years but by God’s great grace he is being drawn by the Holy Spirit into a more intimate relationship with our Lord and Savior Jesus Christ. It is a work in progress however and it is very difficult for me to keep my opinions to myself.

The Lord has been revealing to me as of late that it is “…not by might, nor by power, but by My Spirit says the Lord” (Zech 4:6). There is nothing I can say or do except live a godly life before my son. Oh, there are rules that need to be followed in my home but as for any advice or correction I can give him for things he does outside of the home I have to leave those things for the Lord to handle. All my anxiety and fear building up and spilling out all over my son does nothing to please the Lord or help my son.

END_OF_DOCUMENT_TOKEN_TO_BE_REPLACED

This is a guest post by Vince Latorre. As a young boy, Vince always had an inquisitive nature. He immediately wanted the answers to questions such as “Is there a God?” “How did I get here?” “How was the world and universe created?” His search for answers to these questions led him to a personal encounter with Christ at age nine or ten. As his faith grew, his desire to analytically research and validate the Word of God intensified.

Latorre spent many hours in libraries and bookstores sifting through more than 200 books and hundreds of articles on science, Bible textual criticism, and theology. As he researched these, the author began to see the powerful scientific evidence for creation as well as the evidence for the historical reliability of the Bible. . In his latest book, The Bible Can Be Proven, Vince Latorre shares the results of his research to strengthen believers and inform honest seekers.

Latorre is presently an accountant in a government agency, has taught Sunday School and Bible Studies for twenty four years, and is a Lay Speaker in the United Methodist Church, speaking to students at high school and adult levels in many churches, including his own. You may contact Vince through one of the following:

We hear a lot about Bible “contradictions” from people these days. Many say that because of these discrepancies the reliability of the Bible cannot be trusted. Especially brought up are the four gospels, since they have many parallel accounts that have surface disagreements with one another. But these supposed contradictions in the Bible need not destroy your faith. Quite to the contrary, if approached properly, supposed contradictions in Scripture can actually help strengthen our faith. 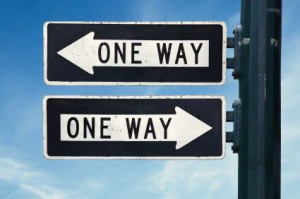 Let me give you six different ways you can explain these supposedly fatal contradictions.

In first century culture, it was permissible to vary the exact wording when you quoted someone, as long as the meaning of the quote remained intact. They could vary the amount of detail given for a specific account also.

For example, “Two cars collided in the intersection” might be said also as “The first car crashed into the second car as they both were moving through the intersection of First and Second Street.” Each describes the same event. One gives more detail, but the basic meaning is not changed. If the second quote said: “There was only one car in the accident, and it hit a pole,” then that would be a contradiction. But we find nothing like this in the gospels.

2. Biblical Authors Use Different Witnesses to the Same Event

The fact that there are differences in the biblical text is actually evidence of its historical accuracy. The seeming disagreements in Scripture show the absence of collusion.

Some of the Bible’s verses, when carefully studied in the proper context, exhibit superficial discrepancies and conflicts which resolve themselves on closer examination. This kind of evidence is exactly what is looked for in a court of law to establish credibility and independence of witnesses. If things agree too well they look artificial and contrived.

Some of the Bible writers record historical events out of chronological order to fit whatever theme they are trying to emphasize, but this does not detract from the historicity of the events themselves.
END_OF_DOCUMENT_TOKEN_TO_BE_REPLACED