You are here: Home / Redeeming Theology / The Case for a Thursday Crucifixion 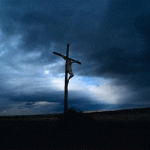 I believe that Jesus was crucified on Thursday instead of Friday. The following post explains why. I must hasten to add, however, that it is not super important to know for sure the day on which Jesus died. What is most important is to know that He died.

The day on which Jesus died is not nearly as important as the fact that He did die.

Church tradition states that Jesus was crucified on a Friday. This is why we call it “Good Friday.”

The main reason for this tradition, as far as I can tell, is that the disciples of Jesus were intent upon burying Jesus before the Sabbath arrived (Mark 15:42-43; Luke 23:54; John 19:31). As most people equate the Sabbath with Saturday, it is believed that Jesus was crucified on Friday.

Traditional Counting
Day 1: Jesus was crucified and buried on Friday before the sunset.
Night 1: He stayed in the grave Friday night.
Day 2: Saturday.
Night 2: Saturday night.

But this is all we can get. John 20:1 says that Jesus rose before sunrise on Sunday, when it was still dark. This means we cannot get a third day, let alone a third night. Some scholars say that since Jewish days actually begin at sundown, then any portion of that twenty-four hour period from sundown to sundown counts as the entire “day and night.”

This explanation seems highly unlikely, especially when a much simpler solution is available. What is that solution?

Jesus was crucified on Thursday 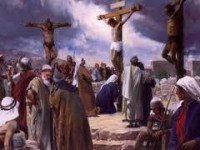 But if Jesus was crucified on Thursday, then the next day was not the Sabbath, right? Wrong. John 19:31 clearly tells us that this particular Sabbath was a High Day. In other words, it was not a weekly Saturday Sabbath, but was a special holiday Sabbath.

Readers of the Gospels must understand that there are two kinds of Sabbaths in Jewish years. There is the weekly Sabbath, which always begins on Friday night and continues all day Saturday until sunset. That is the Sabbath those most of us are aware of.

This is what happened the year Jesus was crucified. It was the week of Passover, and the first day of Passover, which on the Jewish calendar is Nisan 15, is a holiday Sabbath, on whichever day of the week it occurs. That year, it fell on a Friday, which means that the holiday Sabbath of Passover began Thursday night.

This then, is the order of events:

Three other points of evidence for this view:

For more on this issue, see these articles: