You are here: Home / Redeeming Theology / Jesus Welcomes Doubters Too 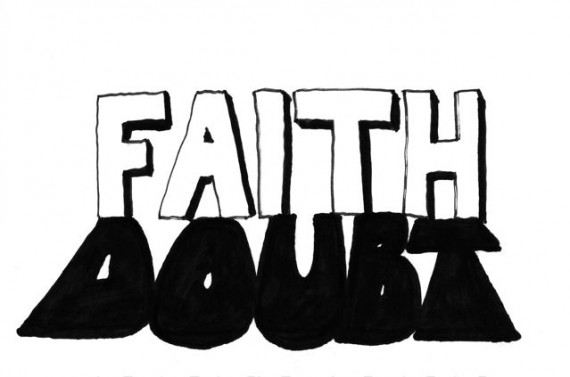 What does Jesus think about doubt?

It is common in Christian circles today to require faith and certainty before people are allowed to serve. We feel people need to be sure that Jesus was the Messiah, was God in the flesh, died on the cross, and rose again from the dead before we give them an opportunity to follow Jesus into the world.

Until people get this faith and certainty, we often don’t feel they are fully qualified to serve in church. Instead, we recommend they read a book on proofs for the Christian faith, attend a class about the basics of Christianity, or perform some sort of other study so that they can gain the faith and certainty we feel is necessary for followers of Jesus.

It does not appear that Jesus feels the same way.

Throughout His entire ministry He was calling and inviting people to follow Him who knew next to nothing about Him, and were sometimes even antagonistic to who He was and what He stood for. But Jesus knew that if they followed Him, they could learn about Him while they were in the midst of loving and serving others.

One event in the Gospels shows this more than any other.

And this time, Matthew 28:16-17 says that some of the apostles bowed to Him, but others did not bow, because they doubted.

Do you see it?

Some of the apostles still doubted.

There is lots of debate in the commentaries and scholarly articles about whether it was really the apostles who doubted or someone else, and whether or not they really doubted, or it was just an inquisitive faith, or maybe they didn’t really doubt Jesus, but they doubted that this person who appeared to them this time was really Jesus, and on and on it goes.

But let’s call a spade a spade.

Some of the apostles doubted.

The Greek word for “doubted” is tricky here and very rare, but let’s not use fancy seminarian hermeneutical tricks to remove the force of the text. Some of the apostles did not bow to Jesus. Why not? Because they doubted.

Does Jesus care that some doubt? Not one bit.

The very next section in Matthew is one of the most important in the Bible. It contains the Great Commission. The greatest task ever given to mankind by God is given to this motley crew of apostles, some of whom believe, and some of whom doubt. He takes all the power and authority that is in heaven and on earth and gives it to them. Yes, all of them. The doubters too. And he says, “Go. Be like Me to the world.”

I love this about Jesus.

People who have been with Him for three years. Have seen Him work miracles. Have heard His teachings. Have eaten meals with Him. And after He dies and rises from the dead, while some of them believe, others still doubt.

And Jesus just shrugs His shoulders and says, “It’s good enough. Go. Whether you believe or whether you still have doubts, you can still act like me, and talk like me, and love like me, and serve like me in this world. Go. Be Me in the World.”

When some of the disciples doubt, Jesus shrugs His shoulders and invites them to follow Him in loving others anyway.

So do you believe? Do you doubt? Maybe you have some odd mixture of both? Either way is fine with Jesus.

For now, He just wants you to be like Him in this world. To follow Him in loving and serving others.