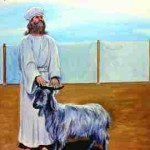 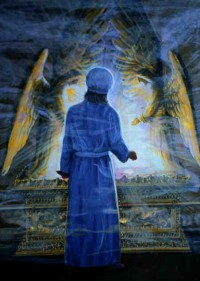 What happened to Jesus our High Priest after He died, but before He rose from the dead? Where did He go for three days? What did He do? Was He just sitting in heaven (or hell) twiddling His thumbs and checking His watch while the hours ticked by until He could rise?

No. I believe Jesus our High Priest was retracing the steps of the High Priest on the Day of Atonement as recorded in Leviticus 16.

The author of Hebrews writes that the actions of the priest on the Day of Atonement are followed by Jesus in His death, resurrection, and future return (Hebrews 9:24-28).

The High Priest Entered the Tabernacle

First, the tabernacle that Jesus our High Priest entered was not the earthly tabernacle, but a heavenly one (Hebrews 9:24). As such, it was a better tabernacle which required both a better priest and a better sacrifice. Jesus acted as both.

Second, before any sacrifice was made, the High Priest removed his beautiful and ornate garments that he normally wore, and put on simple, plain linens. This represents Jesus putting aside His divinity to become human.

The Activities of the High Priest

Finally, there were three primary activities of the High Priest on the Day of Atonement:

The various sacrifices at the altar represent the death of Jesus our High Priest on the cross.

The High Priest Appeared Before the People

What do you think? The author of Hebrews shows that there are some parallels in Hebrews 9, but do you have anything to add?