Below is a post from Gary Lamb (which is no longer available on his site). Lots of people see glory in church planting, but what most don’t realize is that to plant in such a way that genuinely reaches lost people, there’s more gore than glory.

Here is what Gary wrote about that:

I have learned that most church planters REALLY don’t want to reach those far from God, they really want to do church in a cool way. There is a difference. Just because you have great video, loud music, dress casual, and use movie clips doesn’t mean you are reaching those far from God.

I honestly believe most planters would freak out if they started having to deal with the issues that come from reaching truly unchurched people. It is messy, ugly, scary, and actually can keep you from growing because it scares the hell out of those who grew up in church.

We had a person on our staff a couple of years ago who came here because he wanted to be part of a church that reached unchurched people.  The first time his wife sat next to a couple of lesbians, he was rethinking that.  This guy was a nice guy, but he couldn’t handle the ugliness that comes with reaching those that are far from God.  He literally walked around the church on Sundays with a look of terror in his eyes.  He didn’t want to reach lost people, he wanted a church where he could come and wear whatever he wanted and impress other Christians because he was at an church with a little edge.  It wasn’t long before he was running for the hills.  He couldn’t handle the messiness of reaching those with problems.  The sad thing is he isn’t alone.  Most guys can’t handle it.

When I say it is messy, I don’t think most guys understand what I mean, so allow me to walk you through my week that just got done. This is a pretty typical week at Revolution and the side 99% never see.

All of that was just from this week. That is the life of reaching those disconnected from God. None of those people care how “cool” our church will be tomorrow. All they care about is we have created a place where they can come with all their crap and feel loved and connected.

I’ll be honest and tell you that there are times when pastoring Revolution freaks me out. There are times when I think it would be easier to do what most guys do and plant a church that really is a place for other Christians to come hang out and talk about how we are reaching unchurched people instead of doing it. I think that would be easier, but we would not be charging the gates of hell with that mindset. There are enough guys around doing that and doing it well.

Canton didn’t need another church. Canton didn’t need another church with loud music, casual dress, and “relevant” teaching. Neither do most of the towns where guys are planting. However, Canton did need a place that was loving the unlovable. It needed a place that was willing to get it’s hands dirty and deal with the messy crap that takes place in the lives of those far from God.

When a guy wants to tell me they are starting a church to reach the disconnected, I always ask them if they are sure they want to do that. I don’t think they understand the cost that comes with it. It literally can almost kill you at times.

BUT, if they do understand the cost, they will realize it is nothing compared to the reward of seeing lives changed with the gospel of Jesus Christ. It is worth whatever cost there is. I would put everything on the line to continue to do what we do because the payoff is so huge.

Thanks Gary, for laying it out for us!

2013 UPDATE: I am not a fan of church planting any longer. I now believe that we don’t plant churches, we simply be the church by loving others whom God places in our life. Simple. Easy. Natural. …And it looks like Jesus.

When I tell people I am going into church planting, the most common reaction I get from people is, “Why? Don’t we already have enough churches? Why can’t you just pastor an established church?”

The truth is that I don’t care as much about planting churches as I do about helping people come into a deep and vibrant relationship with Jesus Christ. Here is a video that explains more: (Wait for a few seconds after you press play….) 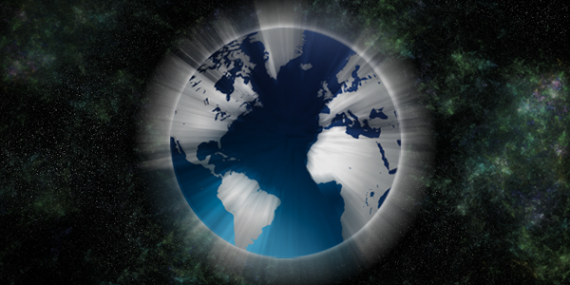 2013 UPDATE: I am no longer in “church planting” but I am still in “missions.” I have had some changes in my theology regarding church, and I now believe that we don’t plant churches or go to church, but we ARE the church by loving the people around us whom God brings into our lives. It is simple, easy, and looks like Jesus.