You are here: Home / Sermons / Miscellaneous / What is the Unpardonable Sin? 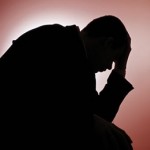 Most of the fear about the unpardonable sin comes from the fact that there is much confusion out there as to what exactly this sin is and how it is committed. For Christians, this uncertainty steals the joy and assurance of salvation. For non-Christians who worry about this (few ever do), they lose the hope of ever being saved. 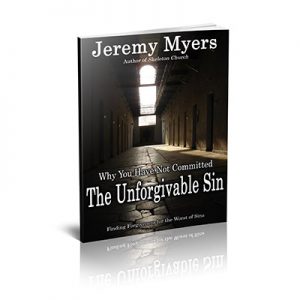 I also wrote a book about the unpardonable sin. It is available from Amazon and is titled Why You Have Not Committed the Unforgivable Sin.

Below is a brief summary of what I explain in my book on the unpardonable sin:

Basics to Remember about the Unpardonable Sin

First, Scripture is very clear that Jesus died for all the sins of all people throughout all time (Col 2:13; 1 John 2:2). His death covers all the sins we committed before we believed in Jesus for eternal life and after we believed in Jesus for eternal life. Since all of our sins were yet future to God when Jesus died on the cross, He is not surprised by any sin we commit, nor does He ever regret giving us eternal life and therefore take it back. Once saved, a person is secure in Christ forever. 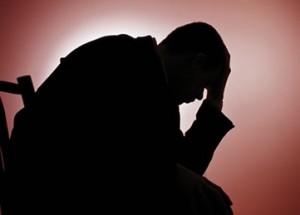 Some people consider the blasphemy against the Spirit to be the “really bad” sins like fornication, adultery, murder, homosexuality, breaking one of the ten commandments, or something similar. But the blood of Christ was even shed for these sins. Paul reminds the Corinthian Christians that some of them had been washed from such sins (1 Cor 6:11). A study of the events surrounding David’s adultery with Bathsheba reveals that he broke all ten commandments, yet we know He will be in heaven.

Various Options about the Unpardonable Sin

Let’s look at the various opinions.

First, as already mentioned, some consider the blasphemy to be a certain “big” sin. But since many people in Scripture committed these “big” sins and were forgiven, we know that this cannot be the answer.

Second, Some think it is Israel’s rejection of Jesus as the promised Messiah. They look at the context of Matthew 12 and notice that it is the Jewish Religious leaders Jesus was talking to, and they did not accept Jesus as the Messiah, nor listen to the Holy Spirit’s testimony about Him. So they said that Jesus was from Satan, which was a blasphemous thing to say.

Those who hold this view say that since Jesus is no longer walking the earth, and since Israel has already rejected Him as the promised Messiah, this sin can no longer be committed by individuals today.

A few things can be said against this. Notice that Jesus says “anyone who” This means anyone, not just the Israelite people of that day. Also, there are other places where people accuse Jesus of acting according to the devil, and He says nothing there about blasphemy against the Spirit.

Third, some believe that it is unbelief of the Gospel. We know that those who do not believe will not go to heaven, and so will never be forgiven for their unbelief. They relate it to the Holy Spirit because He is the one who convicts the world of sin, of righteousness and of judgment (John 16:7-11). When people refuse to listen to Him, they are committing this sin. In this way, non-Christians can commit this sin even today.

But this seems to be a little too simplistic. The warning is quite strong. And if this were true, why wouldn’t Jesus have just called it the “sin of unbelief”?

Fourth, some think it is attributing the work of the Holy Spirit to the work of Satan. In other words, if you see someone doing something when they claim to be under the power of the Holy Spirit, you better not hint that maybe they are actually under demonic influences, because that might be the blasphemy against the Spirit.

But this seems to go against much of what Scripture says about “testing the spirits” (1 John 4:1), and ignores warnings about how false prophets come in sheep’s clothing (Matt 7:15). It is a Christian’s duty to question whether something is from God or not.

All of these then, are not quite what the passage and the overall message of the Bible is teaching. What is this sin then?

What is the Unpardonable Sin?

I believe it is this. There are two sins against the Holy Spirit which an unbeliever can make: resisting (Rom 1:18-20) and blaspheming. We do know from John 16 that the Holy Spirit’s job in this world is to convict the world of sin and righteousness and judgment. When non-Christians resist the Holy Spirit, they are trying not to hear what the Holy Spirit is telling them. They try to drown out His still small voice with constant music and recreation and entertainment and sex and alcohol and drugs. They listen to people who tell them they are “pretty good” people. It appears that every non-Christian is in a state of resistance to the Holy Spirit.

But from this condition, one of three things will happen. First, the person may stop resisting, and submit to what the Holy Spirit is saying, and so, having understood that they are a sinner and in need of salvation because judgment is coming, they will believe in Jesus Christ for eternal life. They are now and forevermore a Christian.

Second, the non-Christian may continue to resist throughout his or her life, and will die in a state of resistance and so go into eternal separation. They never believed, and so do not receive the benefits of eternal life. Such a person has not committed the unpardonable sin, but they do finish their life in a state of unbelief, and so are unable to enter into life with God after death.

The result is that the Holy Spirit stops trying to convict them. They have once and for all chosen their path of rebellion. He will no longer convict them of their sin, of the offer of salvation, or of impending judgment. They have demanded to be left alone, and so their request will be honored.

Have You Committed the Unpardonable Sin?

So, how do you know if you, or a friend, or relative, have committed this sin? If you have believed in Jesus Christ for eternal life, then you are saved, and it is no longer possible for you to blaspheme the Holy Spirit. You’re safe and secure in the arms of Jesus. No one can take you out of His hands, or His Father’s hands (John 10:28-29). Nothing can separate you from the love of God – not even yourself (Rom 8:38-39).

If you, or your friend or relative is not a Christian, then be encouraged. Almost nobody who commits the blasphemy against the Spirit wonders if they have. They don’t care about such things anymore. The unbeliever who commits this sin has become so morally and spiritually blind that their heart is hardened to the point that they no longer care about spiritual things and will never believe in Jesus.

But nevertheless, some people are afraid they have. To them, I would simply say, “Worrying about it pretty much proves that you haven’t. So in order to make sure you never will be able to, believe on the Lord Jesus Christ, and you will be saved. Whatever sin you may have committed, you are still being convicted by it, which is good. God’s grace will cover over that sin, and all other sins if you will just believe in Jesus for eternal life.”