You are here: Home / Redeeming Books / Is Abortion the Unforgivable Sin? 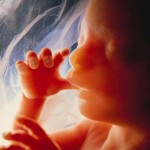 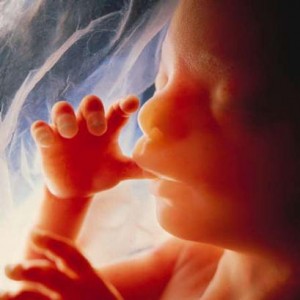 Some people believe that abortion is the unforgivable sin.

However, there is no biblical or theological support for this idea. Some might argue that killing a baby is one of the worst types of murder since babies are innocent, but if this were so, what would make abortion worse than infanticide? Nobody claims that infanticide is the unforgivable sin. Do children somehow become less innocent the moment they depart the mother’s womb?

No, I suspect that most who teach that abortion is unforgivable are simply trying to scare women into not having an abortion.

If life begins at conception, then abortion is a form of murder. Sure, it may not be the same as shooting someone with a gun, but at its core, abortion is one person taking the life of someone else.

Therefore, if abortion is unforgivable, then we must also argue that all forms of murder are unforgivable, and this view cannot be defended from Scripture.

To the contrary, numerous people in the Bible committed murder and were forgiven by God and accepted into His family.

Murder is a Sin, but it is Forgivable

Moses murdered an Egyptian (Exod 2:12), David had Uriah killed (2 Sam 11:14-17), and even Paul went about arresting and killing Christians before he became one of the greatest missionaries the world has ever seen (Acts 8:1-3). When it comes to killing children, many Israelite people fell into the sin of sacrificing their children to false idols (Ezek 16:21). Nevertheless, such sin did not keep God from promising to remember His covenant with the people of Israel and provide atonement for them (Ezek 16:60-63).

If God can forgive people like Moses, David, Paul, and the idol-worshipping Israelites, God will also forgive every mother who has had an abortion.

Abortion is not the unforgivable sin. There is grace and forgiveness for all who have had an abortion.

If you have had an abortion

If you have had an abortion, do not worry that God has not or cannot forgive you. He can, He will, and He already has. And since your unborn child is already with God, then your unborn child has forgiven you as well. They both understand the situation you were in, and the fear, guilt, and shame you went through. Both God and your child forgive and love you.

The important thing now is to make sure you now live for the living. Do you have a spouse? Do you have children? Live for them. Love them. Serve them.

You have been forgiven, so live in light of that forgiveness.