You are here: Home / Redeeming Books / Is Cursing the Holy Spirit the Unforgivable Sin? 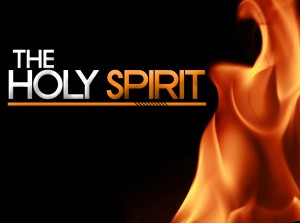 But when we understand what a curse is and what it means to curse the Holy Spirit, we will see that cursing the Spirit, though a grievous sin, is not the unforgivable sin.

What is a Curse?

We begin to understand what it means to curse the Holy Spirit by first understanding what constitutes a curse.

To curse someone is more than just being angry at someone, or calling them bad names.

A curse is when one person wishes or expresses a desire that some sort of adversity, calamity, or misfortune would fall upon someone else. A curse is when we tell someone, “Go to hell,” or “I wish you were dead.”

But a curse is different than blasphemy.

Blasphemy is best defined as “a reviling judgment,” usually in reference to God. It is a decision about God in regard to His source, origin, destiny, purpose, goals, or intents, which equates these things with the devil. Blasphemy is not condemning someone with a curse.

While cursing God and blaspheming God are similar, they are not the same thing.

In fact, most Jewish people at that time did not even believe in the Holy Spirit, so how could they curse Him? They couldn’t.

If you have made the mistake of cursing the Holy Spirit, or cursing at Him, do not be afraid that you have committed the unforgivable sin.

Instead, go to God, confess your sin, and thank Him for the forgiveness you already have in Jesus Christ.